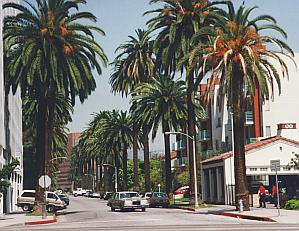 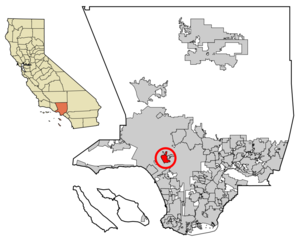 Beverly Hills contains some of the largest homes in and the nation. These homes range from the extravagant and luxurious in size, to the more elegant and modern homes, and then to the many small duplex rental units and detached homes with less than 3,000 sq ft (280 sq meters). The city's average household income is just over $87,000. [ [http://www.laalmanac.com/employment/em12.htm Income in LA County Cities ] ]

In 2007, lists Beverly Hills as the most expensive housing market (second year in a row) in the United States, with a median home price of over $2.2 million. [cite news |first= Keisha|last= Lamothe|authorlink= |coauthors= |title= Most Expensive and Most Affordable Housing Markets|url= http://promo.realestate.yahoo.com/most_expensive_and_most_affordable_housing_markets.htmlhttp://promo.realestate.yahoo.com/most_expensive_and_most_affordable_housing_markets.html|work= |publisher= (citing ) |date= 2007-09-26|accessdate=2008-04-05 ]

That same decade, retired Spanish soldier Vicente Ferrer Valdez and his wife, Maria Rita Villa de Valdez, settled on the convert|4500|acre|ha|1 "Rancho El Rodeo de las Aguas". Rita did not care for the name, however, and chose to call it "San Antonio". The Valdez home was built near what is the present day intersection of Sunset Boulevard and Alpine Drive. Valdez died in 1828, leaving Rita and eleven children.

California was ceded by Mexico to the United States in 1848 with the . It was admitted as a U.S. state on .

In 1852 Maria Rita Valdez De Villa asked to purchase a league of land for $4,000. She called the land Rancho Rodeo De Las Aguas. It was later purchased by Major Henry Hancock (of fame), a New Hampshire attorney. He had come to the state during the 1849 gold rush. He used the land as a farm until 1868 when Dr. Edward Preusss, a native of Louisville, Kentucky, bought the land. [ [http://www.pacificislandtravel.com/north_america/western_usa/california/la_beverlyhills.html History of Beverly Hills] ]

A brief oil boom raised interest in the area in 1865 when the Pioneer Oil Company bought the rights to drill wells.Fact|date=May 2008

On October 22, 1906, the community of Beverly Hills was declared open by the Percy H. Clark Co., managers of the tract of land. It was described as a "beautiful suburban residence between this city [Los Angeles] and Santa Monica."

In 1919, and bought land on Summit Drive and built "".Fact|date=May 2008 In 1921, they announced that they would build the home which they had been "dreaming" about in Beverly Hills. [THREE NEW HOMES FOR FAIRBANKS :Husband of Mary Pickford to Build at Beverly Hills, Santa Barbara, Lake Como.. (1921, January 11). The Los Angeles Times,II1. Retrieved June 25, 2008]

, a wisecracking political humorist, wrote of the land boom in 1923, "Lots are sold so quickly and often out here that they put through escrow made out to the 12th owner... They couldn't possibly make out a separate deed for each purchaser; besides, he wouldn't have time to read it in the 10 minutes' time he owned the land." Fact|date=May 2008

The movie colony was well entrenched by 1928 when , , Robert Montgomery and built residences there. Fact|date=May 2008

In early 1920, the , a convert|1.25|mi|km|1 wood oval track with turns banked 35 degrees was opened. Joe Boyer ran his race car convert|110|mph|km/h|1 during the exhibition run Fact|date=May 2008. The races drew huge crowds and radio broadcasts were on a par with today's . There were also shows, another national craze. The speedway was closed in 1924 and the site was later subdivided for housing and businesses.Fact|date=May 2008

In 1923, annexation to the city of Los Angeles was proposed, but faced opposition. Residents Mary Pickford, Will Rogers and others mobilized local voters against the plan.Fact|date=May 2008 Those for annexation argued that Los Angeles would provide an adequate supply of better quality water for growth. Workers left bottles of sulfur-smelling water on the doorsteps of every home in Beverly Hills with a label that read: "Warning. Drink sparingly of this water as it has laxative qualities." Despite the campaign tactics, annexation was defeated 507 to 337.Fact|date=May 2008 The following year, the city voted $400,000 in bonds to purchase the water system from the Beverly Hills Utilities Company and drill additional wells.

This fight for an independent city was arguably the first union of show business and politics in the United States. Fact|date=May 2008 When Will Rogers became involved in the local city government the community received international advertising. In 1925, Rogers was given the title "Honorary Mayor of Beverly Hills," becoming the first and (to date) only person so honored as such. The same year, the citizens of the city voted a $100,000 bond issue to purchase with Los Angeles, Santa Monica and Venice convert|385|acre|ha|1 for the building of UCLA. There were convert|96|mi|km|1 of paved streets in the city limits by 1927. In 1928, the on Wilshire Boulevard between El Camino and Rodeo Drives, part of the old Beverly Hills Speedway, was completed. That same year, was completed by Edward L. Doheny, Jr., the only son and heir of wealthy oil man . And in 1930, horses were banned in the City of Beverly Hills.

In the early 1930s, Santa Monica Park was renamed Beverly Gardens and was extended to span the entire two mile (3 km) length of Santa Monica Boulevard through the city. At its Santa Monica and Wilshire corner, the , a constant symphony of form and color at night, was installed, with a small sculpture at the top of a kneeling in prayer, homage to the heritage of Beverly Hills as a wellspring of fertility and abundance.

By 1933, the effects of the Depression were being felt in Beverly Hills. The city and school board cut salaries to save funds. In February, some 161 parcels of land were advertised for sale for delinquent lighting assessments. The Chamber of Commerce established an employment bureau and the mayor requested a branch welfare office from the County of Los Angeles.Fact|date=May 2008 By 1937, the city had weathered the storm of the Depression and was riding the crest of a wave of retail sales that reached more than $20,000,000 and bank deposits topped the $25,000,000 figure.Fact|date=May 2008 Property values of that year showed a 30% increase over the previous year.Fact|date=May 2008

By the 1950s, small vacant lots remained and developers cropped whole mountains to ease the housing shortage. The stables and trails of the unusually large Doheny family estate, Greystone Mansion was bought by Paul Trousdale. The Trousdale Estates area was eventually annexed and an expensive housing development began to take shape in the hills above the city.

The Via Rodeo, the first new street in Beverly Hills in seventy-six years, was completed in 1990. The Spanish street leads to 2 Rodeo Drive, a "mini-mall" with upscale shops and restaurants. In 1992, the Beverly Hills Civic Center was opened. Designed by architect Charles Moore, it links the new public library, fire and police departments with the historic City Hall.

The , included four K-8 schools and .

Rodeo Drive, Beverly and Canon Drives all recently underwent construction to widen the sidewalks and beautify the streets. New construction has also just been completed that added more parking for visitors to the famed shopping area.

is a in Beverly Hills, made famous by the television series "" and because of the celebrity residents that reside in the area. Beverly Hills also has two additional ZIP codes based on the general area. These ZIP codes are 90211 and 90212. In 1983, the local weekly magazine "" debuted as the city's first color ultra-luxury magazine.

Beverly Hills is surrounded by the city of Los Angeles, albeit the small Northeast corner shares the boundary along Doheny Boulevard with West Hollywood, another city known for the "Sunset Strip" that includes Beverly Hills on the famous Sunset Boulevard.

Main thoroughfares include , , and . Shopping streets include Beverly Drive and . Coldwater Canyon Drive is the main road through Beverly Hills into the .

Except for the and the "Beverly Hilton Hotel", all businesses and government offices in Beverly Hills are located south of Santa Monica Blvd. Nearby the Beverly Hills city limits is the famous Los Angeles , with its two golf courses, where ers tee up beside celebrities.

There were 15,035 households out of which 24.4% had children under the age of 18 living with them, 51.8% were married couples living together, 8.1% had a female householder with no husband present, and 31.0% were non-families. The average household size was 2.24 and the average family size was 3.02.

The median household income for an owner-occupied housing unit is $125,707.

Of the 21,426 registered voters in Beverly Hills; approximately 50.3% are Democrats and 25.9% are Republicans. The remaining 23.8% are Independents or are registered with one of the many smaller political parties, like the Green Party or the Libertarian Party.

The heavy Democratic advantage makes Beverly Hills one of the more liberal cities in Southern California. In 2004, won 62% of the vote compared to 37% for . In the 2006 state governor election, got nearly 45% of the vote but won a second term by a state-wide majority, while Democratic opponent had just over 54%.

Beverly Hills is a general law city governed by a five-member including the and vice mayor. City Council hires a to carry out policies and serve as executive officer. Every odd-numbered year either two or three members are elected by the people to serve a four-year term. Each March the City Council meets and chooses one of its members as mayor and one as vice-mayor.

Barry Brucker is mayor and Frank Fenton is vice mayor. Roderick J. Wood is city manager. The other three city council members are , [ [http://www.washingtonpost.com/wp-dyn/content/article/2007/03/31/AR2007033100969.html Iran Native Becomes Mayor of Beverly Hills - washingtonpost.com ] ] and Nancy Krasne. In city council meetings, a few celebrities showed up to speak on local political issues.The has its stake to claim in serving the city in law enforcement, included run-ins with celebrities in its history. The police department was featured on the 1986 comedy movie "" and another comedy, "".

Beverly Hills has four Los Angeles-area consulates, including those of Armenia, Brazil, Colombia, and Ecuador.

Beverly Hills is served by ; the district's sole high school is .

Los Angeles neighborhoods near Beverly Hills are served by .

[http://www.goodshepherdbeverlyhills.com/ Good Shepherd School] , a PreK-8 school in Beverly Hills, is a part of the .

Other Beverly Hills private schools include , , and Page Private School.

in nearby Westwood, across from the (UCLA), is in close proximity to Beverly Hills.

Beverly Hills is served by the following newspapers: "", "", "", and "". The "" used to be one of the main newspapers, but it went out of business. Due to its location, it is also served by all Los Angeles TV, radio, and newspaper media.

Beverly Hills also has its own channel, KBEV. Run by the students of , it airs on channel 6 (on cable) to the residents of Beverly Hills.

The name "Beverly Hills" has often been employed as a nickname for a fashionable, affluent area. For example, Ladera Heights, an in southwestern Los Angeles County, has been dubbed the "Black Beverly Hills" [ [http://www.latimes.com/classified/realestate/printedition/la-re-guide12mar12,1,5642123.story An upscale enclave close to landings and sea - Los Angeles Times ] ] . Also, the city of Hacienda Heights in East Los Angeles has been referred to as the "Asian Beverly Hills." Similarly, the city of Scottsdale has been given the nickname "Beverly Hills of " for its upscale shops, stately homes, and high household incomeFact|date=September 2007. Calabasas, located in the is considered the Beverly Hills of the valley.

Famous residents past and present