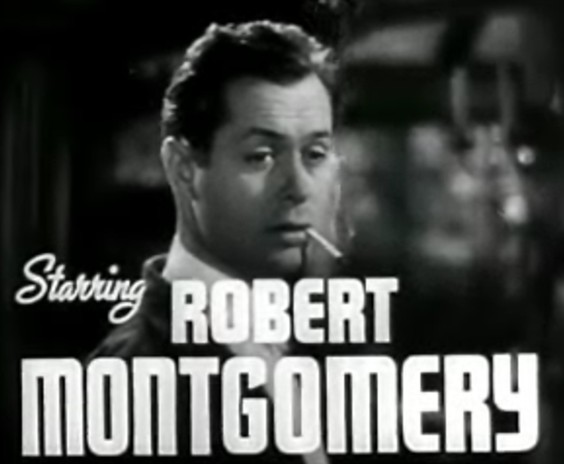 Robert Montgomery (, &ndash; , ) was an American actor and director.

Montgomery was born Henry Montgomery Jr. in then known as "Fishkill Landing", the son of Mary Weed (née Barney) and Henry Montgomery, Sr. [ [http://www.bewitched.net/lizgenealogy.htm Elizabeth Montgomery's Family Tree ] ] His early childhood was one of privilege, since his father was President of the . When his father died, the family's fortune was gone, and young Robert went to to try his hand at writing and acting. Sharing a stage with gave him an in to , where, in 1929, he debuted in "". chose him to star opposite her in "" in 1931, and he became a star. During this time, Montgomery appeared in the first filmed version of "When Ladies Meet" (1933).

In 1945 he returned to Hollywood, making his uncredited directing debut with "", where he directed some of the scenes when director was unable to work for health reasons. His first credited film as director was "" (1947), in which he also starred, and which brought him mixed reviews. Active in Republican politics, Montgomery was a friendly witness before the in 1947. The next year, Montgomery hosted the . He hosted a popular series, "", in the 1950s. "", a 1960 film Montgomery directed and co-produced with its star, his friend , was the last film or television production he was connected with in any capacity, as actor, director or producer.

Montgomery has two stars on the , one for movies at 6440 Hollywood Blvd., and another for television at 1631 Vine Street. He was a longtime summer resident of .