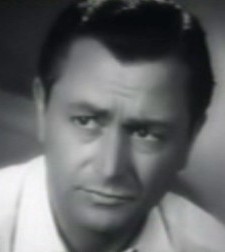 After appearing on stage, Young was signed with (MGM)—"the studio that had more stars than in the heavens"—and in spite of having a "tier B" status, he co-starred with some of the studio's most illustrious actresses such as , , , , , and , among many, many others. Yet most of his assignments comprised , also known as programmers, which required a mere two to three weeks of shooting. Actors who were relegated to such a hectic schedule appeared, as Young did, in some six to eight movies per year.

He received one of his most rewarding roles late in his MGM career, in "H.M. Pulham, Esq.", featuring one of 's rarely lauded performances, and once remarked that he was assigned only those roles which Robert Montgomery and other "" actors had rejected.

After his contract at MGM ended, Young starred in light comedies as well as in trenchant dramas for studios such as , , and . From 1943, Young assayed more challenging roles in films like "", "", "", "", and "Crossfire". His portrayal of unsympathetic characters in several of these latter films — which seldom occurred in his MGM pictures — was applauded by numerous reviewers.

Young later became famous for "" (1969–1976) for which he won an Emmy for best leading actor in a drama series. Young became so well identified with his wise doctor persona that he became famous as the commercial spokesman for an aspirin product, saying, "I'm not a doctor but I play one on TV" while wearing a lab coat. [cite news | url=http://timesunion.com/AspStories/story.asp?storyID=336813&category=REXSMITH&BCCode=&newsdate=2/27/2005 | title=Principles, ethics in journalism |publisher=Times Union | author=Rex Smith | date=26 February 2005 | accessdate=2007-02-02] He continued making television commercials until the late 1980s.

Young was the son of an Irish immigrant father and an American mother. He graduated from Abraham Lincoln High School in .

He was married to Betty Henderson from 1933 until her death in 1994. They had four daughters.

Despite the fact that he portrayed happy, well-adjusted characters, Young suffered from depression and alcoholism, which contributed to his suicide attempt in 1991. Afterwards he spoke candidly about his problems in an effort to encourage people to seek help with their own. The Robert Young Center for Community Mental Health, an affiliate of Trinity Regional Health System, located in Rock Island, Illinois, is a comprehensive community mental health center. It is named after Young for his work with passage of the 708 Illinois Tax Referendum. [cite web | url=http://www.trinityqc.com/body.cfm?id=1470 | title=About the Robert Young Center for Community Mental Health | publisher=Trinity Regional Health System | accessdate=2007-06-14]

Young died at his home in at 91 from . He was interred at Forest Lawn Memorial Park Cemetery, in .