CBS Corporation (NYSE: CBS, CBSA) is an American media conglomerate focused on commercial broadcasting, publishing, billboards and television production, with most of its operations in the United States. The President and CEO of the company is Leslie Moonves. Sumner Redstone, owner of National Amusements, is CBS's majority shareholder and serves as Executive Chairman. The company began trading on the NYSE on January 3, 2006. Until then, the corporation was known as Viacom, and is the legal successor to said company.[3] A new company, keeping the Viacom name was spun off from CBS. CBS, not Viacom, retains control of the partial and total over-the-air television and radio broadcasting, TV production and distribution, publishing, pay-cable, recording, and outdoor advertising assets formerly owned by the larger company. CBS has its headquarters in Midtown, Manhattan, New York City, New York, United States.[4]

Viacom was created in 1970 as the television syndication division of CBS, and was spun off in 1971. However, in 1999, Viacom acquired its former parent, by this time also named CBS Corporation, formerly Westinghouse Electric. The prior CBS Corporation also owned CMT and The Nashville Network (now Spike), which remained Viacom properties after the 2005 split, but the prior CBS did not own UPN, Showtime, Paramount Television, Paramount Parks, or Simon and Schuster.

In March 2005, Viacom announced plans of looking into splitting the company into two publicly traded companies, amid issues of the stock price stagnating (although it was alleged that another main force behind the split was the Super Bowl XXXVIII halftime show controversy, which led to MTV not being allowed to produce any more halftime shows, they had also produced the show for Super Bowl XXXV, the first Super Bowl CBS aired since regaining NFL rights and becoming MTV's corporate sibling).

On June 14, 2005, the Viacom board of directors approved the split of the company into two firms. The CBS Corporation name would be revived for one of the companies, to be headed by longtime television executive (and Viacom co-President) Leslie Moonves, and would include CBS, UPN, Infinity Broadcasting, Viacom Outdoor, Showtime Networks, and Paramount's television studio.

The split was structured such that the "new" Viacom was spun off from the "old" Viacom, which was renamed CBS Corporation. In a sense, this was a repeat of the 1971 spinoff. However, in this case, CBS retained virtually all of the prior firm's broadcast TV assets, including its various syndication companies.

With the split, the two new companies began trading on the NYSE on January 3, 2006.

Transactions during and after the merger

In the interim, Viacom/CBS was involved in a number of transactions. On December 2, 2004 Viacom acquired CBS affiliate KOVR-TV in Sacramento, from Sinclair Broadcast Group. Viacom also acquired two stations in West Palm Beach.

Viacom/CBS has announced it would sell several non-duopoly UPN affiliates, in Indianapolis, Columbus, New Orleans, and Oklahoma City, with possibilities of additional sales.

CBS announced on November 3, 2005, that it would acquire College Sports TV (now CBS College Sports Network) for US$325 million. CEO of CSTV Brian Bedol will continue to run that network and report to Leslie Moonves, chairman of CBS. The transaction was completed in January 2006.

Announced early in 2006, CBS and DIC Entertainment signed a multi-year deal to provide three hours of programming that meet FCC standards for educational programming. The block would be called "KOL Secret Slumber Party on CBS" -- which is also a partnership with America Online's KOL kids service and premiered on September 16, 2006.

Shows included are Sabrina, the Animated Series, Horseland, Madeline, Dance Revolution and many others.[5] It was originally supposed to be called "CBS's Saturday Morning Secret Slumber Party" but was renamed with KOL's alliance.[6]

The network is the result of a merger of The WB (a Warner Brothers holding) and UPN (a CBS Corporation holding). CBS Corporation and Time Warner will each own 50% of the network. Tribune Broadcasting (which previously owned a 25% stake on The WB) and CBS Corporation will contribute its stations as new network affiliates.

Three days after the announcement of The CW, on January 27, CBS announced that it was selling its Paramount Parks division. On May 23, 2006, CBS Corp. sold Paramount Parks to the Cedar Fair Entertainment Company. With this acquisition, Cedar Fair becomes the third-largest theme park operator[citation needed].

On June 30, 2006, Cedar Fair announced that it has completed its acquisition of Paramount Parks from CBS Corporation in a cash transaction valued at US$1.24 billion. The transaction included a 10 year license that allowed Cedar Fair to use the Paramount name in the parks through the 2017 season.[citation needed] 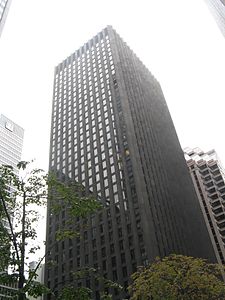 The board of directors of CBS Corp. include: