This list of deities is an index to polytheistic deities of the different religions, cultures and mythologies of the world, listed by type and by region. This is not a list of names or epithets of God in monotheistic religions, for which see Names of God. For deified individuals see List of people who have been considered deities, Apotheosis, Imperial cult. For deities whose cult is fictional see List of deities in fiction.

Lists of deities by type:

Ruler of the Pantheon 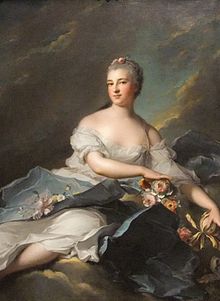 Near East and North Africa

Osiris, lord of the dead. His green skin symbolizes re-birth 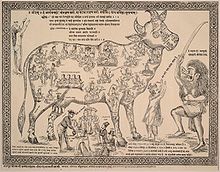 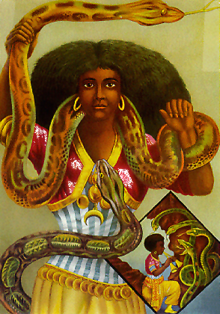 Contemporary poster of a Mami Wata, "serpent priestess" painted by German (Hamburg) artist Schleisinger, ca. 1926, displayed in shrines as a popular image of Mami Wata in Africa and in the Diaspora.[1][2]