A Religious cosmology (also mythological cosmology) is a way of explaining the origin, the history and the evolution of the universe based on the religious mythology of a specific tradition. Religious cosmologies usually include an act or process of creation by a creator deity or a larger pantheon.

In Buddhism, the universe comes into existence dependent upon the actions (karma) of its inhabitants. Buddhists posit neither an ultimate beginning or final end to the universe, but see the universe as something in flux, passing in and out of existence, parallel to an infinite number of other universes doing the same thing.

The Buddhist universe consists of a large number of worlds which correspond to different mental states, including passive states of trance, passionless states of purity, and lower states of desire, anger, and fear. The beings in these worlds are all coming into existence or being born, and passing out of existence into other states, or dying. A world comes into existence when the first being in it is born, and ceases to exist, as such, when the last being in it dies. The universe of these worlds also is born and dies, with the death of the last being preceding a universal conflagration that destroys the physical structure of the worlds; then, after an interval, beings begin to be born again and the universe is once again built up. Other universes, however, also exist, and there are higher planes of existence which are never destroyed, though beings that live in them also come into and pass out of existence.

As well as a model of universal origins and destruction, Buddhist cosmology also functions as a model of the mind, with its thoughts coming into existence based on preceding thoughts, and being transformed into other thoughts and other states.

The main Judeo-Christian religious text, the Bible, opens with a story of creation. The first two chapters of the Book of Genesis describe the creation of heaven and earth by God (called both Elohim and Yhvh) in six successive days.

It is a tenet of Christian faith (Roman Catholic, Orthodox and Protestant) that God is the creator of all things from nothing, and has made human beings in the Image of God, who by direct inference is also the source of the human soul. In Chalcedonian Christology, Jesus is the Word of God, which was in the beginning and, thus, is uncreated, and hence is God, and consequently identical with the Creator of the world ex nihilo.

The New Testament claims that God created everything by the eternal Word, Jesus Christ his beloved Son. In him

According to Mormon cosmology, there was a pre-existence, better described as a pre-mortal life, in which human spirits were literal children of heavenly parents.[2] Though their spirits were created, the essential "intelligence" of these spirits is considered eternal, and without beginning. During this pre-existence, two plans were said to have been presented, one championed by Lucifer (Satan) that would have involved loss of moral agency, and another championed by God the Father. When his plan was not accepted, Lucifer is said to have rebelled and taken a third of the hosts of heaven with him to the earth to serve as tempters. According to a plan of salvation as described by God the Father, Jesus would create the earth, under the direction of God the Father, as a place where humanity would be tested. After the resurrection all men and women except spirits that followed Lucifer and the sons of perdition would be assigned one of three degrees of glory. Within the highest degree, the Celestial Kingdom, there are three divisions, and those in the highest of these divisions would become gods and goddesses through a process called exaltation or "eternal progression". This would involve having spirit children and populating new worlds.

The Earth's creation, according to Mormon scripture, was not ex nihilo, but organized from existing matter. The faith teaches that this earth is just one of many inhabited worlds, and that there are many governing heavenly bodies, including a planet or star Kolob which is said to be nearest the throne of God. According to some Mormon sources, God the Father himself was once like a human, and lived on a planet with his own higher god.

The Rig Veda questions the origin of the cosmos in: "Neither being (sat) nor non-being was as yet. What was concealed? And where? And in whose protection?…Who really knows? Who can declare it? Whence was it born, and whence came this creation? The devas (demigods) were born later than this world's creation, so who knows from where it came into existence? None can know from where creation has arisen, and whether he has or has not produced it. He who surveys it in the highest heavens, he alone knows-or perhaps does not know." (Rig Veda 10. 129)

Large scale structure of the Universe according to one Hindu cosmology. 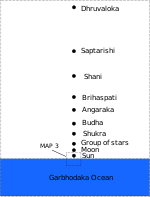 Map 2: Intermediate neighbourhood of the Earth according to one Hindu cosmology. 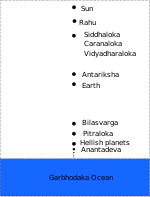 Map 3: Local neighbourhood of the Earth according to one Hindu cosmology.

The Rig Veda's view of the cosmos also sees one true divine principle self-projecting as the divine word, Vaak, 'birthing' the cosmos that we know, from the monistic Hiranyagarbha or Golden Womb. The Hiranyagarbha is alternatively viewed as Brahma, the creator who was in turn created by God, or as God (Brahman) himself. The universe is considered to constantly expand since creation and disappear into a thin haze after billions of years.[citation needed] An alternate view is that the universe begins to contract after reaching its maximum expansion limits until it disappears into a fraction of a millimeter.[citation needed] The creation begins anew after billions of years (Solar years) of non-existence.

The puranic view asserts that the universe is created, destroyed, and re-created in an eternally repetitive series of cycles. In Hindu cosmology, a universe endures for about 4,320,000,000 years (one day of Brahma, the creator or kalpa) and is then destroyed by fire or water elements. At this point, Brahma rests for one night, just as long as the day. This process, named pralaya (Cataclysm), repeats for 100 Brahma years (311 Trillion, 40 Billion Human Years) that represents Brahma's lifespan. Similarly at a given time there are an infinite number of Brahma's performing the creation of each of these universes that are infinite in number. of a It must be noted that Brahma is the creator but not necessarily regarded as God in Hinduism. He is mostly regarded as a creation of God / Brahman.

We are currently[when?] believed to be in the 51st year of the present Brahma and so about 156 trillion years have elapsed since He was born as Brahma. After Brahma's "death", it is necessary that another 100 Brahma years (311 Trillion, 40 Billion Years) pass until a new Brahma is born and the whole creation begins anew. This process is repeated again and again, forever.

Brahma's day is divided in one thousand cycles (Maha Yuga, or the Great Year). Maha Yuga, during which life, including the human race appears and then disappears, has 71 divisions, each made of 14 Manvantara (1000) years. Each Maha Yuga lasts for 4,320,000 years. Manvantara is Manu's cycle, the one who gives birth and governs the human race.

Each Maha Yuga consists of a series of four shorter yugas, or ages. The yugas get progressively worse from a moral point of view as one proceeds from one yuga to another. As a result, each yuga is of shorter duration than the age that preceded it. The current Kali Yuga (Iron Age) began at midnight 17 February / 18 February in 3102 BC in the proleptic Julian calendar.

Space and time are considered to be maya (illusion). What looks like 100 years in the cosmos of Brahma could be thousands of years in other worlds, millions of years in some other worlds and 311 trillion and 40 billion years for our solar system and earth.

Islam preaches that God, or Allah, created the universe, including Earth's physical environment and human beings. The highest goal is to visualize the cosmos as a book of symbols for meditation and contemplation for spiritual upliftment or as a prison from which the human soul must escape to attain true freedom in the spiritual journey to God. Islam elaborates on cosmology in many instances. A modern English translation of the Quran describes the creation of the universe as follows:"We have built the heaven with might, and We are Steadily Expanding it."51:47 [3] Earlier English translations like for example Ahmed Ali, The Noble Qur'an, Pickthal, Shakir and Yusuf Ali never specify the expansion as a process that is still going on so it seems to be an addition after the expansion of the universe became a generally accepted scientific fact.

Below here there are some other citations from the Quran on cosmology.

"Do not the Unbelievers see that the heavens and the earth were joined together (as one unit of creation), before we clove them asunder? We made from water every living thing. Will they not then believe?" 21:30 Yusuf Ali translation

"The Day that We roll up the heavens like a scroll rolled up for books (completed),- even as We produced the first creation, so shall We produce a new one: a promise We have undertaken: truly shall We fulfil it." 21:104 Yusuf Ali translation

Jain cosmology considers the loka, or universe, as an uncreated entity, existing since infinity, having no beginning or an end.[4] Jain texts describe the shape of the universe as similar to a man standing with legs apart and arm resting on his waist. This Universe, according to Jainism, is narrow at the top, broad at the middle and once again becomes broad at the bottom.[5]

Mahāpurāṇa of Ācārya Jinasena is famous for this quote: "Some foolish men declare that a creator made the world. The doctrine that the world was created is ill advised and should be rejected. If God created the world, where was he before the creation? If you say he was transcendent then and needed no support, where is he now? How could God have made this world without any raw material? If you say that he made this first, and then the world, you are faced with an endless regression."

The cosmology of Taoism beliefs is a complex mixture of different beliefs. There is a "primordial universe" Wuji (philosophy), and Hongjun Laozu, water or qi.[6][7] It transformed into Taiji and multiplied into everything.[8][9] The Pangu legend tells a formless chaos coalesced into a cosmic egg. Pangu emerged (or woke up) and separated Yin from Yang with a swing of his giant axe, creating the Earth (murky Yin) and the Sky (clear Yang). To keep them separated, Pangu stood between them and pushed up the Sky. After Pangu died, he became everything.