Cities of more than 10,000 people, listed by population

The following table includes all cities larger than 10,000 people, with their names in English, and the corresponding names in Cyrillic and Perso-Arabic script. Because of transliteration difficulties, some are known by more than one spelling. The population is from the censuses of 12 January 1989 and 20 January 2000, as well as an estimate for 1 January 2006. The population figures are for the city proper, and do not include adjacent communities. In addition, the administrative division in which the city lies is named, usually a province, or an autonomous province in the case of Gorno-Badakhshan Autonomous Province (GBAO). There is also the capital district, and the Region of Republican Subordination (here abbreviated RRS), which do not belong to a province, and are directly under the central government. Finally, the district in which the city lies is given. 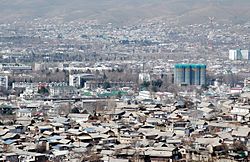 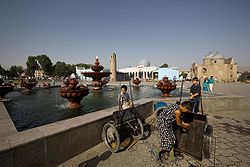 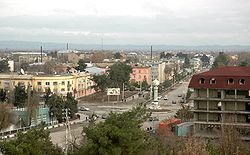