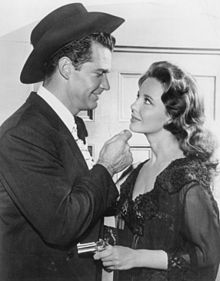 The following is an episode list for ABC's 1957 comedy-western television series, Maverick, created by Roy Huggins and starring James Garner, Jack Kelly, Roger Moore, and Robert Colbert. Unusually for an American television program, Maverick's main cast varied episodically. As such, the starring cast members for each episode are listed below alongside other details. 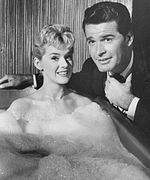 * Moore appeared in 15 episodes, but he played a different character in the second season Maverick episode "The Rivals" opposite Garner, while Colbert appeared in a different role in the fourth season episode "Hadley's Hunters" before making two appearances as Brent Maverick. 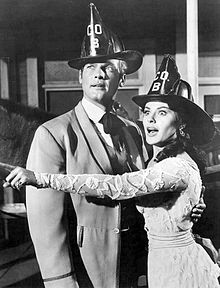 * These actors also appeared in other roles during the course of the series.

Kathleen Crowley appears in eight episodes, a series record for leading ladies--"The Jeweled Gun," "Maverick Springs," "The Misfortune Teller," "A Bullet for the Teacher," "Kiz," "Dade City Dodge," "The Troubled Heir," and "One of Our Trains Is Missing."

James Garner (as Bret Maverick) is the sole star for the first seven episodes. With episode eight, he's joined by Jack Kelly as brother Bart Maverick. From that point on, the two alternate leads from week to week, sometimes teaming up for the occasional episode. Recurring characters include rival gamblers/operators Samantha Crawford, Dandy Jim Buckley and Big Mike McComb.

Writer/creator Roy Huggins leaves the show. Garner and Kelly are still the leads. Of the recurring characters, only Gentleman Jack Darby returns for season 3, and only for one episode.

Jack Kelly stays on as Bart Maverick, who now alternates the lead with Roger Moore as cousin Beau Maverick. Kelly and Moore are also featured in three two-cousin episodes. With the exception of a single episode held over from the third season, Garner is no longer a part of the show. Before the end of the season, Moore also leaves. At the very end of the season, Moore is briefly replaced by Garner lookalike Robert Colbert as Bart's brother Brent Maverick.

Peter Breck would make one appearance as Doc Holliday in this season, becoming a semi-regular in the series' final episodes. 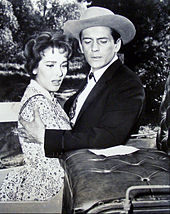 Jack Kelly is now the sole star of new Maverick offerings. This season's episodes alternated with reruns of some of Garner's earlier shows (both solo and Garner/Kelly team-ups, including "The Saga of Waco Williams"), but during Kelly's new installments, neither Bret, Beau, nor Brent are ever mentioned; the series' new episodes had finally reverted to the original single-Maverick formula observed for the initial seven episodes, only with Kelly as Maverick instead of Garner. However, Garner's name once again appears in the weekly series opening credits before all the newly produced shows, albeit now with second billing under Kelly (Ed Reimers announces "Maverick! Starring Jack Kelly and James Garner!" each week over the opening credits).

Peter Breck returns as Doc Holliday, becoming a semi-regular in these final episodes. He appears in 4 of the 13 episodes produced for this season, including the series finale. Mike Road appears as "Pearly Gates" in two episodes. 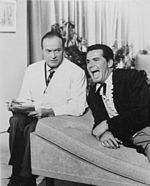