Duke of Rothesay
"Baron Renfrew" redirects here. For the large disposable wooden ship, see Baron of Renfrew (ship). For the current holder of the title Duke of Rothesay, see Charles, Prince of Wales.

Standard of the Duke of Rothesay; the Royal Standard of Scotland defaced with a plain label of three points azure.

It is the title mandated for use by the heir apparent when in Scotland, in preference to the English titles Duke of Cornwall (which also belongs to the eldest living son of the monarch, when and only when he is also heir apparent, by right) and Prince of Wales (traditionally granted to the heir apparent).

The Duke of Rothesay also holds other Scottish titles, including those of Earl of Carrick, Baron of Renfrew, Lord of the Isles and Prince and Great Steward of Scotland.

The title is named after Rothesay on the Isle of Bute, Argyll and Bute, but is not associated with any legal entity or landed property, unlike the Duchy of Cornwall.

David Stewart, Duke of Rothesay, the son of Robert III of Scotland, King of Scots, first held the dukedom from its creation in 1398. After his death, his brother James, later King James I, received the dukedom. Thereafter, the heir-apparent to the Scottish Crown held the dukedom; an Act of the Scottish Parliament passed in 1469 confirmed this pattern of succession.

The Earldom of Carrick existed as early as the twelfth century. In 1306, Robert the Bruce, Earl of Carrick, became King Robert I of Scotland, with the earldom merging in the Crown. In the following years, successive Kings of Scots created several heirs-apparent Earl of Carrick. The Act of 1469 finally settled the earldom on the eldest son of the Scottish monarch.

The Barony of Renfrew, another dignity held under the 1469 Act, had first come to an heir-apparent in 1404. In Scotland, barons hold feudal titles, not peerages: a Scottish lord of Parliament equates to an English or British baron. Some, however, claim that the Act of 1469 effectively elevated the Barony of Renfrew to the dignity of a peerage. Others suggest that the barony became a peerage upon the Union of the Crowns in 1603. Finally, some scholars argue that the uncertainty surrounding the text of the 1469 Act leaves the barony as a feudal dignity. [The official position is given in Hansard - 18 May 1999 : Column 228: Lord Williams of Mostyn (Home Office Minister): "The Barony of Renfrew is not a peerage dignity at all; it is a feudal or minor barony of Scotland."]

The office of the Great Steward of Scotland (also called High Steward or Lord High Steward) dates back to its first holder, Walter fitz Alan, in the twelfth century. The seventh Great Steward, Robert, ascended the Scots throne as Robert II in 1371. Thereafter, only the heirs-apparent to the Crown held the office. The 1469 Act also deals with this.

Between the 1603 Union and Edward VII's time as heir apparent, the style "Duke of Rothesay" appears to have dropped out of usage in favour of "Prince of Wales". It was Queen Victoria who mandated the title for use to refer to the eldest son and heir apparent when in Scotland, and this usage has continued since. This may have been as a result, direct or indirect, of the 1822 visit of King George IV to Scotland.

Lord of the Isles 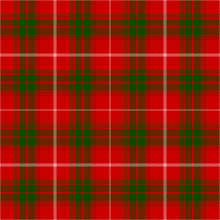 Another of the non-peerage titles belonging to the heir-apparent, that of Lord of the Isles, merits special mention. The Lords of the Isles, of the MacDonald family, originally functioned as vassals of the Scottish — or Norwegian — kings who ruled the Western Isles. The ambitious John MacDonald II, fourth Lord of the Isles, made a secret treaty in 1462 with King Edward IV of England, by which he sought to make himself an independent ruler.

In 1475, James III discovered the Lord of the Isles' actions, and the Lordship became subject to forfeiture. MacDonald later regained his position, but James IV again deprived him of his titles in 1493 after his nephew provoked a rebellion. In 1540 James V of Scotland granted the Lordship to the heirs-apparent to the Crown.

An Act of the Parliament of Scotland passed in 1469 governs the succession to most of these titles. It provides that "the first-born Prince of the King of Scots for ever" should hold the dukedom. If the first-born Prince dies before the King, the title is not inherited by his heir – it is only for the first-born son, like the Duchy of Cornwall — nor is either inherited by the deceased duke's next brother, unless that brother also becomes heir-apparent. Though the Act specified "King," eldest sons of Queens Regnant subsequently also held the dukedom. The interpretation of the word "Prince", however, does not include women. The eldest son of the British Sovereign, as Duke of Rothesay, had the right to vote in elections for representative peers from 1707. (The 1707 Acts of Union between the Parliament of Scotland and Parliament of England formally unified both kingdoms to create the Kingdom of Great Britain). This right continued until 1963, when the UK Parliament abolished the election of representative peers.