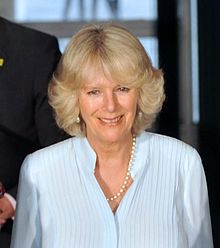 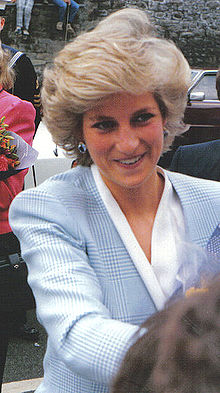 Diana, Princess of Wales, first wife of the Charles, Prince of Wales held the title until her death in 1997. 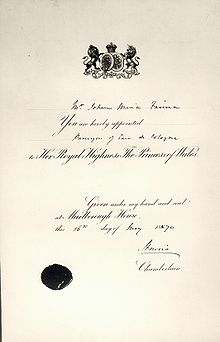 The ten Princesses of Wales (and the dates the individuals held that title) are as follows:

Several Princesses of Wales became queens consort. Those who did not generally took the title of "Dowager Princess of Wales" after the deaths of their husbands. (Following the annulment of Henry VIII's marriage to Catherine of Aragon, Catherine officially reverted to her earlier title of Dowager Princess of Wales, as the widow of Henry's older brother, Arthur, Prince of Wales, because Henry did not wish to acknowledge that he had ever been legally married to her.)

Under the form of male-preference primogeniture in use in the United Kingdom, while a daughter, sister, or other female relative of a monarch may be heir presumptive, none have ever been heir apparent, since it has always (theoretically) been possible for the monarch to beget or bear a male heir who would displace any female heir, even an older sister. In theory, a woman could become heir apparent if she was the brotherless eldest child of a deceased heir apparent; this situation has, however, never arisen in the history of the United Kingdom.

There are cases where the monarch or his or her spouse is too elderly, or suffers from some other disability which practically prevents the birth of a legitimate heir; in such cases, a woman may be de facto heir apparent, as was the case during the reign of William IV, when his evident heir was his niece Princess Victoria. However, the law admits of no impediment to the potential production of future heirs other than death, and Victoria was legally only heiress presumptive until she succeeded to the throne.

Status of the title 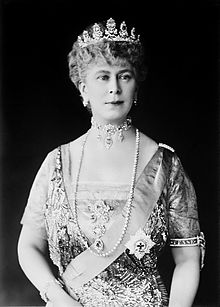 The Princess of Wales is not a princess in her own right. While some past princesses, for example Catherine of Aragon, Alexandra of Denmark and Mary of Teck, were called Princess Catherine, Princess Alexandra and Princess Mary, that was because they were already princesses (of Spain, Denmark and Teck respectively) when they married. Though Diana, Princess of Wales was commonly called Princess Diana after her marriage to Charles, Prince of Wales, it was officially incorrect, as Diana herself pointed out, because she was not a princess in her own right. Similarly Camilla, Duchess of Cornwall, is neither Princess Camilla nor Duchess Camilla.

There is, however, one notable exception to this rule. During her youth, Mary I was invested by her father, Henry VIII, with many of the rights and properties traditionally given to the Prince of Wales, including use of the official seal of Wales for correspondence. For most of her childhood, Mary was her father's only legitimate heir, and for this reason she was often referred to as "the Princess of Wales", although Henry never formally created her as such. For example, Spanish scholar Juan Luis Vives dedicated his Satellitium Animi to "Dominæ Mariæ Cambriæ Principi, Henrici Octavi Angliæ Regis Filiæ".[5]

When a title was sought for the future Elizabeth II, the possibility of investing her as Princess of Wales in her own right was raised. This suggestion was rejected, because Princess of Wales is a courtesy title held by the wife of the Prince of Wales. If it were used by Princess Elizabeth, it would have degraded her right as a Princess of the United Kingdom unless Letters Patent or Legislation were introduced to the contrary. Furthermore, if the then Princess Elizabeth had been given the title of Princess of Wales, there would have been the problem of what to call her future husband. Therefore, King George VI decided not to give his elder daughter the title.

Other titles of the Princesses of Wales

Of all these titles, The Princess of Wales has been used officially, due to it being of a higher rank than the additional peerage titles. However, as noted with the example of the current holder, a subsidiary title may just as easily and legally be used.

The Princess is known as Duchess of Rothesay in Scotland, as the Prince of Wales is known as Duke of Rothesay there, the dukedom being the title historically associated with the heir to the Scottish throne. The Princess of Wales also holds the titles of Duchess of Cornwall and Countess of Chester, as spouse to the Prince of Wales who is also Duke of Cornwall and Earl of Chester.

Though only Eleanor de Montfort can be definitively shown to have used the title, several consorts of native Welsh princes of Wales were theoretically princesses of Wales while their husbands were on the throne. Llywelyn ab Iorwerth's consort, Joan, Lady of Wales, used that title in the 1230s; Isabella de Braose and Elizabeth Ferrers were likewise married to princes of Wales, but it is not known if they assumed a title in light of their husbands' status.