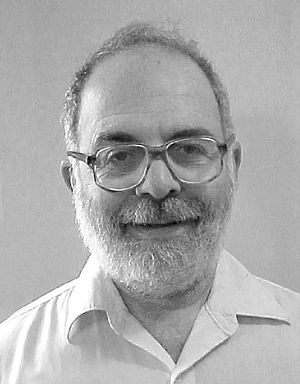 Mark Herman and Ronnie Apter translate operas, operettas, and choral works into performable English. Their translations, commissioned by both opera companies and publishers, have been performed throughout the United States, Canada, England, and Scotland, and have been favorably reviewed in publications ranging from the New York Times[1] to The [London] Times[2]. Several have been published by Casa Ricordi in Milan and Musica Russica in San Diego. Their own publications include the only currently available Czech-English piano-vocal score for Smetana's The Bartered Bride and the first German-English piano-vocal score to include complete dialogue for Mozart's The Magic Flute. Their poetry translations have appeared in The Literary Review, The New Orleans Review, and other journals, and in anthologies such as In the Grip of Strange Thoughts: Russian Poetry in a New Era, and The Muse Strikes Back: A Poetic Response by Women to Men. Their other writings include books on translation and on the medieval troubadour Bernart de Ventadorn, and articles on translation and opera.

Mark Herman[3] (born 1942, Brooklyn, NY) is a literary translator, technical translator, chemical engineer, playwright, lyricist, musician, and actor. From 1965 to 1986 he worked as a chemical engineer, mainly in the field of air pollution control for the petrochemical industry. His education includes degrees from Columbia University and the University of California at Berkeley. His musical training includes saxophone, clarinet, voice, and harmony. He is a member of the American Literary Translators Association, the American Translators Association (for whose journal, The ATA Chronicle, he writes a monthly humor column), the Lyrica Society for Word-Music Relations (for whose journal, Ars Lyrica, he frequently contributes book reviews), and Opera America.

Ronnie Apter[4][5] (born 1943, Hartford, CT) is Professor Emerita of English Language and Literature at Central Michigan University (CMU), where she taught from 1986 to 2009. In 2003, she received the CMU President's Award for Outstanding Research and Creative Activity, one of two annual awards given to senior faculty members for career-long achievements.[6] Her education includes degrees from Sarah Lawrence College, New York University (where, in 1967, she received the Thomas Wolfe Poetry Award), and Fordham University. Her musical training includes piano and voice. Her two books are Digging for the Treasure: Translation after Pound and the multi-media A Bilingual Edition of the Love Songs of Bernart de Ventadorn in Occitan and English: Sugar and Salt. Ronnie Apter is a member of the American Literary Translators Association, the American Translators Association, the Lyrica Society for Word-Music Relations (of which she is a member of the Board of Directors), the Modern Language Association, and the Société Guilhem IX.

Mark Herman and Ronnie Apter have been married since 1967, have two sons, Daniel (a veterinarian) and Ry (a playwright and stage director), and one granddaughter, and live in Mt. Pleasant, MI.

Giacomo Puccini: La bohème (1896). To be published as an Italian-English piano-vocal score by Ricordi. Translation currently available for production but not for purchase. Contact the translators for details.

Giuseppe Verdi: Un giorno di regno / A Day in the Reign (1840). The only Italian-English piano-vocal score available. Published by the Translators.

Charles Gounod: Le médecin malgré lui / The Doctor in Spite of Himself (1858). French-English piano-vocal score. Published by the Translators. This slapstick farce is a musical adaptation of the work of the same name by Molière, translated into 17th-century English to preserve its period flavor.

Carl Maria von Weber: Der Freischütz (1821). German-English piano-vocal score. Published by the Translators. Includes complete dialogue, including the entire scene at the beginning of Act III, crucial for dramatic continuity, omitted from the Schirmer edition. Also includes the original story on which the opera is based, and an English translation of that story.

Alessandro Scarlatti: Eraclea (1700). Italian-English score. Published by the Translators. First performing edition of this work. Numbers for which the original music is missing have been replaced with dialogue.

Lorenzo Ferrero: La figlia del mago / The Sorcerer's Daughter (1981/1st version; 1991/Final version). Italian-English piano-vocal score. Published by Ricordi. This is a children's opera written in an invented pseudo-Italian and translated into an invented pseudo-English. Supplementary materials for use by teachers are available from the translators. The work requires four singers (STBB) and several dancing mimes.

Carl Maria von Weber: Abu Hassan (1811). German-English piano-vocal score. Published by the Translators. A one-act farcical singspiel requiring three singers (STB), four actors, and a chorus. Though not originally written as a work for children, it has achieved considerable success as such.

On Ezra Pound and translation

A Bilingual Edition of the Love Songs of Bernart de Ventadorn in Occitan and English: Sugar and Salt by Ronnie Apter. All the extant words and melodies of the 12th-century trobador, together with an Introduction, Notes, and Commentary; literal and poetic translations; and an accompanying recording illustrating various theories of how the songs of Bernart de Ventadorn might have sounded, including five English translations sung to reconstructions of the medieval music, and one English translation sung to a modern melody. Singable translations co-translated by Mark Herman. Foreword by Nathaniel Smith. Preface by Burton Raffel. xvii + 307 pp. ISBN 978-0-7734-8009-4 hardcover; ISBN 0-7734-8011-0 CD. Volume 17 of the series Studies in Mediaeval Literature (Series ISBN 0-88946-314 X). Lewiston, New York; Queenston, Ontario; Lampeter, Wales: The Edwin Mellen Press, 1999.

Salvadore Cammarano; "Burned at the Stake," an Introduction to and Translation of "Stride la vampa! / Crackling, the fire burns!" from Act II of Verdi’s Il trovatore, Two Lines: a journal of translation, (1999, Fires): 99-103.

Louise (1900), music by Gustave Charpentier, libretto nominally by Charpentier but probably by Saint-Pol-Roux. Literal translation by Mark Herman and Ronnie Apter for the Spoleto Festival USA, for transformation by Spoleto into projected captions for their 2009 production.

Carmina Burana, 12th-century irreligious lyrics about Fortune, morals, love, and drinking. Translated into verse by Mark Herman and Ronnie Apter, for use in program notes during performances of Carl Orff's settings (1937).

The Reader's Digest Bible for Children

Articles on Opera or Translation

Articles about artists and their works

"Interview with Linda Hutcheon," The Lyrica Society Newsletter 30 (Fall 2008): 6-8. Discussion of the publications on opera of Linda and Michael Hutcheon.

"Ezra Pound," in Translation—Theory and Practice: A Historical Reader. Eds. Daniel Weissbort and Astradur Eysteinsson. Oxford, England and New York: Oxford University Press, 2006. Pages 274-89. ISBN 978-0-19-871199-5 (hardcover) and ISBN 978-0-19-871200-8 (paperback). A selection and arrangement by Ronnie Apter of excerpts from Ezra Pound's most influential translations and writings on translation, plus an introduction assessing Pound's significance as a translator and translation theorist, and a bibliography.

Articles about opera translation in general

"The Game of the Name" ATA Source: The Newsletter of the Literary Division [of the American Translators Association] 44 (Winter 2008): 18-21 (see "ATA Source 44" in the External Links below for the online publication).

"Questions of Quantity: Some Difficulties in Translating Opera for Performance in English," Ars Lyrica 4 (1989): 19-28.

Stanley and Marmaduke, 1974-1975. A set of five related stories for children. Took second place out of 57 entries in the category Juvenile Fiction at the 1990 Deep South Writers’ Contest, sponsored by the Department of English, University of Southwestern Louisiana, Lafayette, Louisiana.

Since 1994, Mark Herman has been writing a monthly humor column for the The ATA Chronicle: The Journal of the American Translators Association.