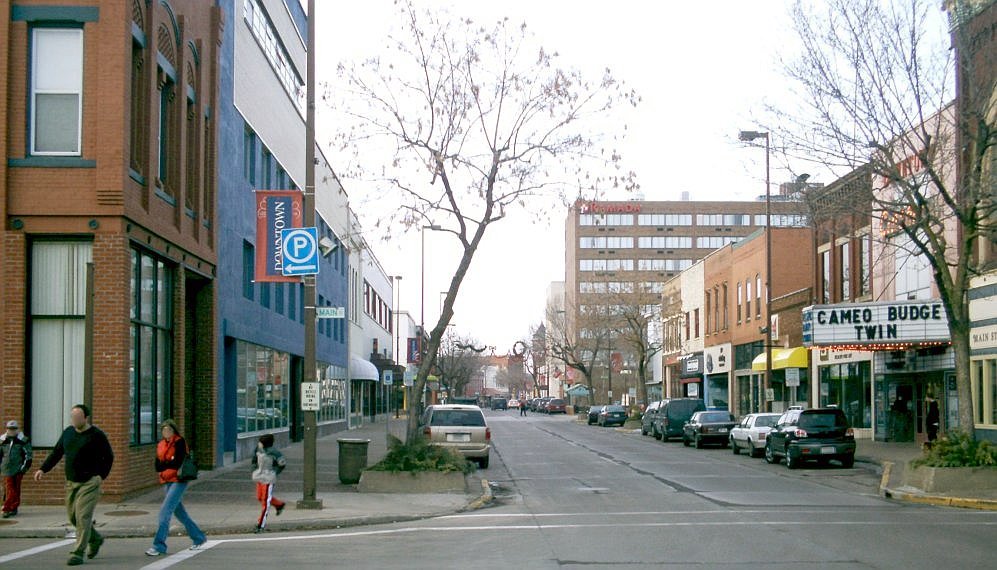 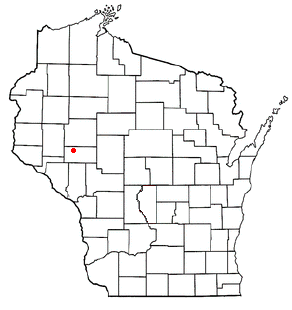 mapsize = 250px
map_caption = Location within the state of .

Eau Claire is a city located in the west-central part of the of . The population was 61,704 as of the 2000 census. It is the of Eau Claire County,GR|6 although a small portion of the city lies in neighboring Chippewa County. Eau Claire is the principal city of the Eau Claire, Wisconsin Metropolitan Statistical Area, which is a part of the Eau-Claire-Menomonie .

named the city as one of the 100 Best Communities for Young People in 2007. [http://www.americaspromise.org/100Best.aspx?id=968] Eau Claire was among the first Tree Cities in Wisconsin, having been recognized as such since 1980. [ [http://www.arborday.org/programs/treecity/map.cfm Your State Poster Contest Coordinator ] ]

"Eau Claire" is the singularized form of the original French name, "Eaux Claires", meaning "Clear Waters", for the Eau Claire River. According to local legend, the river was so named because early French explorers journeying down the rain-muddied Chippewa River, happened upon the Eau Claire River, excitedly exclaiming "Voici l'eau claire!" ("Here [is] clear water!"), the city motto, which appears on the city seal.

The industry drove Eau Claire's growth in the late 19th century. At one time, there were 22 s operating in the city.Clarifyme|date=March 2008

Since the loss of several thousand manufacturing jobs in the early 1990s (due to the closure of the local Uniroyal plant), the city's economy was reshaped by the opening of a number of plants engaged in the construction of , such as 's largest plant, and is home to , a division of .

The city was founded near the confluence of the Eau Claire and Chippewa rivers as three separate settlements. The main section of downtown is on the site of the original village. West Eau Claire, founded in 1856, was across the river near the present-day county courthouse, and incorporated in 1872. Between a mile and a half and two miles downstream, the Daniel Shaw & Co. lumber company founded Shawtown, which was annexed by the 1930s.Fact|date=March 2008 By the 1950s, the entire city had spread far enough to the east to adjoin Altoona.

The terrain of the city is characterized by the river valleys, with steep slopes leading from the center to the eastern and southern sections of the city. The lands into which the urban area is currently expanding are increasingly hilly.

There are two lakes in the city, , and . Dells Pond is a reservoir created by a hydroelectric dam, and was formerly used as a holding pool for logs. Half Moon Lake is an created as part of the former course of the Chippewa River.

There were 24,016 households out of which 27.7% had children under the age of 18 living with them, 44.4% were married couples living together, 9.3% had a female householder with no husband present, and 43.5% were non-families. 30.0% of all households were made up of individuals and 10.5% had someone living alone who was 65 years of age or older. The average household size was 2.38 and the average family size was 2.99.

Eau Claire is home to two public colleges, the (UW-EC), and three campuses of the (CVTC). And it is home to two private colleges, Immanuel Lutheran College ( Synod), and a campus of Globe University/Minnesota School of Business.

Eau Claire is served by the .

The is a team that plays in the , an NCAA summer baseball league. Their home games are played at Carson Park in Eau Claire.

Eau Claire also has a club at Hobbs Ice Arena.

There are two affiliates that broadcast in the Eau Claire area: WHWC-FM 88.3 for the Ideas Network and WUEC-FM 89.7 for the NPR News & Classical Music network.

There are several large parks in the city: Putnam Park, which follows the course of Putnam Creek and Little Niagara Creek east from the UWEC campus; Carson Park, situated in the middle of an oxbow lake; Owen Park, along the Chippewa River, home to a large bandshell where open air concerts are held throughout the summer; and Phoenix Park, on the site of the old Phoenix Steel plant at the confluence of the Eau Claire and Chippewa River. Phoenix park is the host of a weekly farmers market and open air concerts during summer months. Riverview Park is also a common summer swimming destination, as well as one of the local boat landings. This park includes picnicking areas and grills, as well as public restrooms.

The City of Eau Claire also operates a public pool, Fairfax pool, during the summer months.

Eau Claire is at the head of the , a biking and recreation trail that follows the lower course of the Chippewa River.

* , girlfriend of
* , ALA award winning author
* Steve Gunderson, CEO of the and a former Republican Congressman from Wisconsin
* , one of the more colorful witnesses at the murder trial, attended the
* , founder of
* , Roman Catholic , helped established Regis High School in Eau Claire
* , former state architect of Wisconsin
* , philanthropist
* , Norwegian labour organizer who died in Eau Claire in 1890

* , renowned jazz pianist -- the last to play with Art Blakey's Jazz Messengers
* Sarah Krueger, 2007 contestant on American Idol who made it to Hollywood week ( [http://www.sarah-krueger.org/ fan site] ).
* , also know as Howard "Guitar" Luedtke, the American blues guitarist and
* , GuitaristFact|date=August 2008
* of

* Bernice, the of 's short story "".
* John Rusk, a character from the film "" mentions that he own a Famous Footwear shoe store in Eau Claire, Wisconsin

In July 2007, Eau Claire also sistered with Miramar, , a rural town in the canton within the of Costa Rica.

*
*
* - a neighboorhood in Calgary, Alberta (Canada), whose name was derived from a relocated Eau Claire, WI sawmill.
*
*