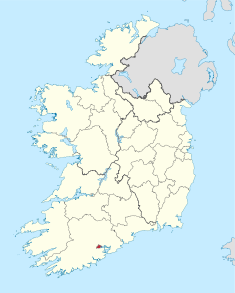 The area governed by the council

Cork City Council (Irish: Comhairle Cathrach Chorcaí) is the local authority which is responsible for the city of Cork and its immediate hinterland in Ireland. The Council is responsible for Housing and Community, Roads and Transportation, Urban planning and Development, Amenity and Culture, and Environment. Prior to the enactment of the Local Government Act 2001, it was known as Cork Corporation.

The Chairman (Irish: Cathaoirleach) of the Council has the honorific title of Lord Mayor of Cork.

Cork City Council has 31 democratically elected members representing the 6 electoral areas in the City. Elections are held every 5 years.

This list reflects the order in which councillors were elected on 5 June 2009.

† Were subsequently elected to Dáil Éireann at the 2011 general election. Accordingly their council seats were filled by co-option.