Reebok International Limited, a subsidiary of the German sportswear company Adidas since 2005,[2] is a producer of Athletic shoes, apparel, and accessories. The name comes from the Afrikaans spelling of rhebok, a type of African antelope or gazelle. In 1890 in Holcombe Brook, a small village 6 miles north east of Bolton, England, Joseph William Foster was making a living producing regular running shoes when he came up with the idea to create a novelty spiked running shoe. After his ideas progressed he joined with his sons, and founded a shoe company named J.W. Foster and Sons in 1895.[3]

In 1960, two of the founder's grandsons Joe and Jeff Foster renamed the company Reebok in England, having found the name in a dictionary won in a race by Joe Foster as a boy; the dictionary was South African edition hence the spelling.[4] The company lived up to the J.W. Foster legacy, manufacturing first-class footwear for customers throughout the UK. In 1979, Paul Fireman, a US sporting goods distributor, saw a pair of Reeboks at an international trade show and negotiated to sell them in North America.[3] 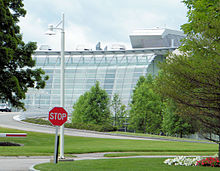 In the past, Reebok had an association with outsourcing through sweatshops, but today it claims it is committed to human rights. In April 2004, Reebok's footwear division became the first company to be accredited by the Fair Labor Association. In 2004, Reebok also became a founding member of the Fair Factories Clearinghouse, a non-profit organization dedicated to improving worker conditions across the apparel industry.

Supplier information, according to the Reebok website as of May 2007:

"Footwear Reebok uses footwear factories in 14 countries. Most factories making Reebok footwear are based in Asia — primarily China (accounting for 51% of total footwear production), Indonesia (21%), Vietnam (17%) and Thailand (7%). Production is consolidated, with 88% of Reebok footwear manufactured in 11 factories, employing over 75,000 workers.

1985 Freestyle and Ex-O-Fit hi-tops advertisement Reebok surged in popularity in 1982 after the introduction of the Freestyle athletic shoe, which was specifically designed for women and came out when the aerobics fitness craze started. Reebok Freestyle was popular not only as athletic wear but also on the streets as casual wear because of its comfort and styling. As a result, the Freestyle became an icon of the 1980s fashion scene with hi-top versions (including two velcro straps at the top) and colors including white, black, red, yellow, and blue. Reebok continues to produce the Freestyle to this day, as it is popular with cheerleading, aerobic dancing, the gym, and other consumers.

Following the height of the Freestyle success, Reebok also introduced a popular athletic shoe for men, called the Ex-O-Fit. Similar to the Freestyle, it came in low-top and hi-top versions; however, unlike the Freestyle hi-top with two velcro closure straps, the Ex-O-Fit only had one strap. One of the designers of this early footwear was the founder's son, David Foster. .

The company holds exclusive rights to manufacture and market both authentic and replica uniform jerseys and sideline apparel of the teams of the National Football League (NFL) since 2002 (marketed as NFL Equipment), the Canadian Football League (CFL) since 2004, and is the official shoe supplier to the NFL and Major League Baseball (MLB).

In addition, Reebok acquired official National Hockey League (NHL) sponsor CCM in 2004, and is now manufacturing ice hockey equipment under the CCM and Reebok brands, and has signed popular young stars Sidney Crosby and Alexander Ovechkin to endorsement deals (Crosby for Reebok, Ovechkin for CCM). Reebok Hockey has its headquarters in Montreal, Quebec, Canada. Reebok has phased out the CCM name on NHL authentic and replica jerseys in recent years, using the Reebok logo since 2005. However, recently Reebok has been making vintage jerseys (like the 1967 Toronto Maple Leafs blue jerseys shown here [5])under the CCM name.

The Reebok Stadium in Horwich, Bolton

The company maintains its relationship with its origins in the UK through a long-term sponsorship deal with Bolton Wanderers, a Premier League football club. When the team moved to a brand new ground in the late-1990s, their new home was named the Reebok Stadium. Several other English clubs had Reebok sponsorship deals up until the purchase by Adidas, but most have since switched to either the parent brand (which has a long history in football) or another company altogether.

In rugby union, Reebok sponsored the Wales national team until late 2008, who won the Grand Slam in the Six Nations Championship in that year, and the Tasman Makos in New Zealand's domestic competition, the Air New Zealand Cup.

In 2005, Reebok also signed an exclusive agreement to design and supply all eight team home and away strips for the new Australian A-League competition. Although not an expensive deal, this partnership is paying dividends for Reebok, due to the growing popularity of football and the league in the area. An estimated 125,000 jerseys have been sold in Australia, a record for a single league's sales in a year for a sports manufacturer.[7] 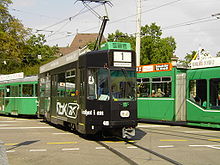 Rapper Jay-Z became the first non-athlete to get a signature shoe from Reebok. The "S. Carter Collection by Rbk" was launched on November 21, 2003 and the S. Carter sneaker became the fastest-selling shoe in the company's history.[9] Later, Reebok made a deal with rapper 50 Cent to release a line of G-Unit sneakers and artists like Nelly and Miri Ben-Ari have become spokespersons for the company. Reebok also signed Scarlett Johansson and introduced her own line of apparel and footwear called Scarlett Hearts, an Rbk Lifestyle Collection. Reebok also produce shoes for Emporio Armani under the label EA7. These shoes are marketed to the high-end fashion market.

Reebok is renowned for pushing its shoes through school authorities in many Indian schools making it mandatory for kids. Parents are forced to buy it. Many people individually boycott their shoes for this reason.