In Christian churches, a minister is someone who is authorized by a church or religious organization to perform functions such as teaching of beliefs; leading services such as weddings, baptisms or funerals; or otherwise providing spiritual guidance to the community. The term is taken from Latin minister “servant, attendant”, which itself was derived from minus “less.”[1] 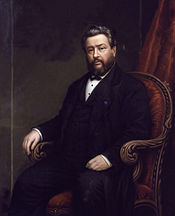 Ministers may perform some or all of the following duties:

Depending on the denomination the requirements for ministry vary. All denominations require that the minister has a sense of 'calling.' In regards to training, denominations vary in their requirements, from those that emphasize natural gifts to those that also require advanced tertiary education qualifications, for example, from a seminary, theological college or university.

References to leadership roles in the New Testament

There are a range of references to leadership in the New Testament.

Colossians 1:25 "I have become its servant by the commission God gave me to present to you the word of God in its fullness" (NIV-The Quest Study Bible, copyright 1994, p 1628).

One of the clearest references is found in 1 Timothy 3:1-16, which outlines the requirements of a minister or bishop (Episcopay Επισκωπη [Greek], interpreted as elder by some denominations):

1 This is a true saying, If a man desire the office of a bishop, he desireth a good work. 2 A bishop then must be blameless, the husband of one wife, vigilant, sober, of good behavior, given to hospitality, apt to teach; 3 Not given to wine, no striker, not greedy of filthy lucre; but patient, not a brawler, not covetous; 4 One that ruleth well his own house, having his children in subjection with all gravity; 5 (For if a man know not how to rule his own house, how shall he take care of the church of God?) 6 Not a novice, lest being lifted up with pride he fall into the condemnation of the devil. 7 Moreover he must have a good report of them which are without; lest he fall into reproach and the snare of the devil. 8 Likewise must the deacons be grave, not doubletongued, not given to much wine, not greedy of filthy lucre; 9 Holding the mystery of the faith in a pure conscience. 10 And let these also first be proved; then let them use the office of a deacon, being found blameless. 11 Even so must their wives be grave, not slanderers, sober, faithful in all things. 12 Let the deacons be the husbands of one wife, ruling their children and their own houses well. 13 For they that have used the office of a deacon well purchase to themselves a good degree, and great boldness in the faith which is in Christ Jesus. 14 These things write I unto thee, hoping to come unto thee shortly: 15 But if I tarry long, that thou mayest know how thou oughtest to behave thyself in the house of God, which is the church of the living God, the pillar and ground of the truth. 16 And without controversy great is the mystery of godliness: God was manifest in the flesh, justified in the Spirit, seen of angels, preached unto the Gentiles, believed on in the world, received up into glory. (King James Version)

The term rector (from the Latin word for ruler) or vicar may be used for priests in certain settings, especially in the Roman Catholic, Anglican and Episcopal traditions.

In the Episcopal Church in the United States, a parish, which is responsible for its own finances, is overseen by a rector. A bishop is nominally in control of a financially-assisted parish but delegates authority to a vicar (related to the prefix "vice" meaning substitute or deputy).

The term "pastor" means "shepherd" and is used several times in the New Testament to refer to church workers. Many Protestants use the term as a title (e.g., Pastor Smith) or as a job title (like Senior Pastor or Worship Pastor).

The English word clergy derives from the same root as clerk and can be traced to the Latin clericus which derives from the Greek word kleros meaning a "lot" or "portion" or "office". The term Clerk in Holy Orders is still the technical title for certain Christian clergy, and its usage is prevalent in ecclesiastical and Canon Law. Holy Orders refer to any recipient of the Sacrament of Ordination, both the Major Orders (bishops, priests and deacons) and the now less known Minor Orders (Acolyte, Lector, Exorcist and Porter) who, save for certain reforms made at the Second Vatican Council in the Roman Catholic Church, were called clerics or Clerk, which is simply a shorter form of Cleric. Clerics were distinguished from the laity by having received, in a formal rite of introduction into the clerical state, the tonsure or corona (crown) which involved cutting hair from the top and side of the head leaving a circlet of hair which symbolised the Crown of Thorns worn by Christ at His crucifixion.

Though Christian in origin, the term can be applied by analogy to functions in other religious traditions. For example, a rabbi can be referred to as being a clergy member.

Parson is a similar term often applied to ordained priests or ministers. The word is a variant on the English word person from the Latin persona used as a legal term for one having jurisdiction.

Chaplain as in English and/or almoner (preferred in many other languages) or their equivalents refer to a minister who has another type of pastoral 'target group' than a territorial parish congregation (or in addition to one), such as a military units, schools and hospitals.

Elders (in Greek, πρεσβυτερος [presbyteros]; see Presbyter) in Christianity are involved in the collective leadership of a local church or of a denomination.

Lay people, volunteers, pastoral agents, community leaders are responsible to bring teaching the gospel in the forefront helping the clergy to evangelize people.Agents ramify in many ways to act and be in touch with the people in daily life and developing religious projects, socio-political and infrastructural.

Monsignor is an ecclesiastical title of honor bestowed on some priests.

There are contrasting views on the level of compensation given to ministers relative to the religious community. There is often an expectation that they and their families will shun ostentation. However there are situations where they are well rewarded for success, whether measured through drawing people to their religious community or enhancing the status or power of the community.

The acceptance of women in ministry has increasingly become an established practice within many global religious faith groups, with some women now holding the most senior positions in these organizational hierarchies. There continues to remain disagreement between the more traditionally fundamental global church denominations and within their denominational church membership and fundamental church leadership as to whether women can be ministers.

Styles and forms of address

In the majority of churches, ordained ministers are styled 'The Reverend'. However, as above, some are styled 'Pastor' and others do not use any specific style or form of address, in which case it would be Mr, Ms, Miss or Mrs as the case may be.

In Anglican churches the formal form of address of ordained ministers varies according to their office, as below.[10][11]

These are formal titles. In normal speech (either addressing the clergy or referring to them) other forms of address are often used. For all clergy this may include the titles "Father" (male) or "Mother" (female), particularly in the Anglo-Catholic tradition, or simply the appropriate secular title (Mister, Doctor, etc.) for that person, particularly in the evangelical tradition. Bishops may be addressed as "My Lord", though less formally simply as "Bishop". Similarly, Archbishops may be addressed as "Your Grace", though less formally simply as "Archbishop". The titles "My Lord" and "Your Grace" refer to the places held by these prelates in the Church of England within the order of precedence of the state; however, the same titles are also extended to Bishops and Archbishops of other Anglican churches, outside England.

In the Roman Catholic Church the form of address depends on the office the person holds, and the country in which he is being addressed as they are usually identical to the titles used by their feudal or governmental equals. In most English-speaking countries the forms of address are:

In France, secular priests (diocesan priests) are addressed "Monsieur l'Abbé" or, if a parish priest, as "Monsieur le Curé". In Germany and Austria priests are addressed as "Hochwürden" (meaning "very worthy") and/or with their title of office (Herr Pfarrer, i. e. Mr. Parson). in Italy as "Don" followed by his name (e.g. "Don Luigi Perrone").

Up until the 19th century, secular clergy in English-speaking countries were usually addressed as "Mister" (which was, in those days, a title reserved for gentleman, those outside the gentry being called by name and surname only) and only priests in religious orders were formally called "Father". In the early 19th century the English-speaking custom of calling all priests "Father" came into being.

In the Middle Ages, before the Reformation, secular priests were entitled as knights, with the prefix "Sir". See examples in Shakespeare's plays like Sir Christopher Urswick in Richard III. This is closer to the Italian and Spanish "Don" which derives from the Latin "Dominus" meaning "Lord". The French "Monsieur" (like the German "Mein Herr", the Italian "Signor" and the Spanish "Señor") also signifies "My Lord", a title commonly used in times past for any person of rank, clerical or lay.

In some particular circumnstances the term "minister" itself is used by the Catholic Church, such as the head of the Franciscans being the Minister General.[12]

In the Greek-Catholic Church, all clergy are called "Father" including deacons, who are titled "Father Deacon," "Deacon Father," or simply "Father". Depending on the ethnicity and institution, seminarians may be titled "Brother", "Brother Seminarian", "Father Seminarian" or simply "Father". Their wives are never titled "Mother" or anything of that sort, and usually titled "presvytera", "matrushka" or "khourriyye" as in the Orthodox world and also by their first names. Greek-Catholic Patriarchs are addressed Your Beatitude. Eastern clergy are not usually called by their last name; the Christian name or ordination name is used instead.

Greek and other Orthodox churches

The form of address for Orthodox clergy varies according to order, rank and level of education. The most common forms are the following [13]:

The form of address to the clergy of the Armenian Apostolic Church (belongs to the family of Oriental Orthodox Churches [14]) is almost the same.