The Israeli Military decorations are the decorations awarded to soldiers in the Israel Defense Forces who exhibit extraordinary bravery and courage.

Its decorations consist of the Medal of Valor (the highest decoration in the IDF), the Medal of Courage, and the Medal of Distinguished Service. It also includes the Citations (Tzalash), which are awarded in four classes.

Three soldiers share the title of being the most decorated soldier of the IDF: Major Nechemya Cohen (1943-1967), General Ehud Barak (formerly Chief of Staff, later Defense Minister and Prime Minister, born 1942), and Major Amitai Hason. All have five decorations: one Medal of Distinguished Service and four Chief Of Staff Citations. 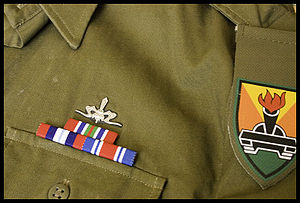 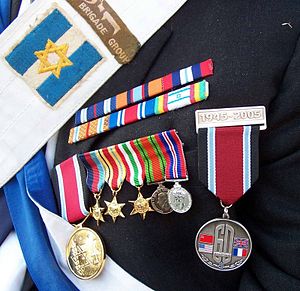 Service ribbons awarded for activity in the struggle for the establishment of Israel.