Pyotr Ivanovich Chardynin (Russian: Пётр Иванович Чардынин) (10 February [O.S. 28 January] 1873 – 14 August 1934) was a Russian film director, screenwriter, and actor. Pyotr Chardynin, one of the pioneers of the film industry in the Russian Empire, directed over a hundred silent films during his career.

Pyotr Chardynin was born Pyotr Ivanovich Krasavtsev on 10 February 1873 in Simbirsk, Russian Empire (now Ulyanovsk, Russia). In 1890 he was admitted to the Drama School of Moscow Philharmonic Society, were he studied under Vladimir Nemirovich-Danchenko from 1891. After graduating he adopted stage name of Chardynin and started both acting and directing career in provincial Russian theatres in Belgorod, Orekhovo-Zuevo, Uralsk, and Vologda.

In 1908 Chardynin joined the troupe at Vvedensky Narodny Dom in Moscow and, as a part of it, started his film acting career in A XVIth Century Russian Wedding and Song About the Merchant Kalashnikov. In 1909 Chardynin debuted as a director with The Power of Darkness and soon become the principal director for Aleksandr Khanzhonkov's film company. In 1916, however, facing the serious competition from Yevgeni Bauer, Chardynin left the Khanzhonkov and, together with Vera Kholodnaya and several other leading actors joined Dmitriy Kharitonov's studio in Odessa. There Chardynin made several successful films including Molchi, grust... molchi.

In 1920-1923 Chardynin lived and worked in Italy, France, Germany, and Latvia. In 1923 he returned to USSR to work at Odessa Film Studio, where he directed several costume dramas and epics about the history of Ukraine. During the early 1930s Chardynin was banned from directing by Soviet authorities and died in 1934 from the liver cancer. 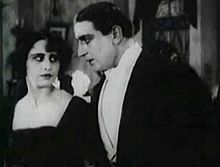