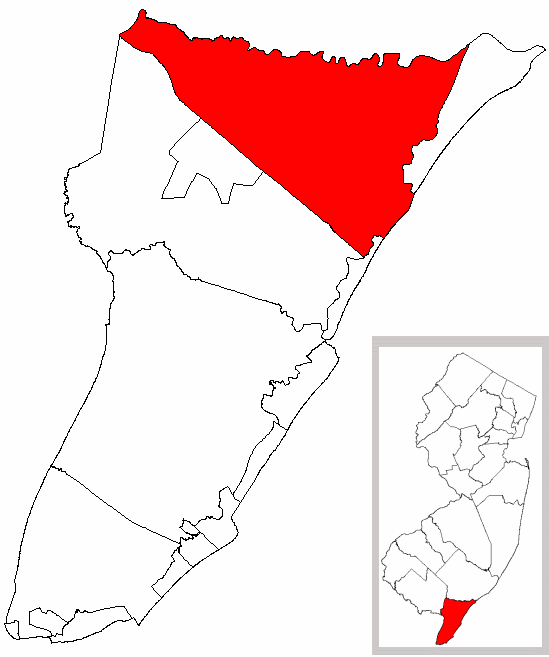 Upper Township was formed as a precinct on , , and was incorporated as one of New Jersey's initial 104 townships by an Act of the on , . Portions of the township have been taken to form Dennis Township (, ) and Ocean City borough (, ).

"" magazine ranked Upper Township as its 2nd best place to live in its 2008 rankings of the "Best Places To Live" in New Jersey. [ [http://njmonthly.com/articles/best_of/placestolive/best-places-to-live---the-complete-top-towns-list-.html "Best Places To Live - The Complete Top Towns List 1-100"] , "", , . Accessed , .]

Upper Township is home to the only yellow fire trucks in the southern end of the state. Seaville Fire Rescue Company [http://www.seavillefirerescue.com ] runs yellow fire trucks and responds to over 200 calls a year for assistance and has been proudly serving the township for over 50 years. The fire station is located on Route 50 across from Dino's Seaville Diner, a township landmark for over 30 years.

Strathmere is a and unincorporated area located within Upper Township. Marmora is an unincorporated area within the township. The township contains many different communities and enclaves that create a diverse area reaching from to the . Seaville is the largest community and Strathmere is the Township's island containing a beautiful beach community.

There were 4,266 households out of which 39.5% had children under the age of 18 living with them, 67.7% were married couples living together, 8.5% had a female householder with no husband present, and 21.1% were non-families. 17.4% of all households were made up of individuals and 8.3% had someone living alone who was 65 years of age or older. The average household size was 2.84 and the average family size was 3.23.