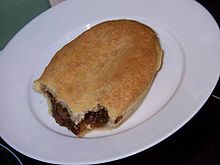 Clark's Pies, also colloquially nicknamed "Clarkies" or "Clarksies" are well known meat pies that originated in Cardiff, and can now be found in South Wales and the West of England. 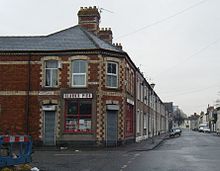 A printed paper bag from the 1930's states that the business was established in 1909.[1] A shop opened on Llanmaes Street in Roath, Cardiff in 1913. Developed by Mary Clark, a second shop opened on Cowbridge Road East in nearby Canton in the 1930s. During World War II the first shop was closed due to wartime meat rationing. Mr Dennis Dutch, Mary Clark's grandson, opened the third pie shop and bakery on 10 May 1955 in Bromsgrove Street, Grangetown. In 2005, Dennis celebrated the shop's 50th anniversary.

In the late 1920s, (Harold, Harry) Percy Clark left his mother Mary to branch out on his own, establishing a shop in North Street, Bedminster, Bristol, where he built his own business. The shop passed to Percy's sons, John, Ken and Roger Clark, who have all since retired. Roger's daughter, Dawn Clark, continues the family tradition as a director of the business, which is still in the original premises on North Street.

The exact recipe of the pie filling is a closely guarded secret containing beef, vegetables and gravy. Unusually for a pie, the pastry is thick enough not to require a foil tray. Each pie has the word "CLARPIE" stamped into the pastry.

Knives and forks are not required; the pastry is thick enough to pick up and eat in the upright position without crumbling or getting soggy. Microwaving the pie will negate these qualities, turning the pie to jelly.

A Clark's Tash - The nickname given to burning the upper lip with the hot filling.