The New York City Housing Authority (NYCHA) provides public housing for low- and moderate-income residents throughout the five boroughs of New York City. NYCHA also administers a citywide Section 8 Leased Housing Program in rental apartments. Many of its facilities are known popularly as "projects," or "developments"; with the concentration of low-income families, many have become associated with poverty and crime. As a security measure, these premises are patrolled by the NYPD Housing Bureau. A total of 9 "PSA's," or Police Service Areas, patrol each borough except Staten Island, which has a separate unit from the Housing Bureau command, known as the "SIHU" or Staten Island Housing Unit.

NYCHA was created in 1934. At the end of 1935, NYCHA dedicated its first development, called First Houses, located on the Lower East Side of Manhattan. The Authority boomed in partnership with Robert Moses after World War II as a part of Moses' plan to clear old tenements and remake New York as a modern city. Moses indicated later in life that he was disappointed at how the public housing system fell into decline and disrepair. Originally intended for working families, the projects increasingly became occupied by low-income families, many of whom had no working adult. The majority of NYCHA developments were built between 1945 and 1965. Unlike most cities, New York depended heavily on city and state funds to build its housing, rather than just the federal government. Most of the postwar developments had over 1000 apartment units each, and most were built in the modernist, tower-in-the-park style popular at the time.

The Authority is the largest public housing authority (PHA) in North America. In spite of many problems, it is still considered by experts to be the most successful big-city public housing authority in the country. Whereas most large public housing authorities in the United States (Chicago, St. Louis, Baltimore, etc.) have demolished their high-rise projects and in most cases replaced them with lower scale housing, New York's continue to be fully occupied. Most of its market-rate housing is also in high-rise buildings. New York also maintains a long waiting list for its apartments. Because of demand, the Housing Authority in recent years, has selected more "working families" from applicants to diversify the income structure of occupants of its housing, as had been typical of residents who first occupied the facilities. NYCHA's Conventional Public Housing Program has 181,581 apartments (as of July 20, 2005) in 345 developments throughout the city.

NYCHA has approximately 13,000 employees serving about 175,116 families and approximately 417,328 authorized residents. Based upon the 2000 Census, NYCHA's Public Housing represents 8.6% of the city's rental apartments and is home to 5.2% of the city’s population. NYCHA residents and Section 8 voucher holders combined occupy 12.7% of the city's rental apartments.[citation needed] In mid-2007, NYCHA faced a $225 million budget shortfall. 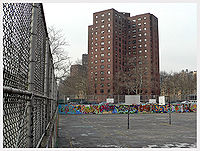 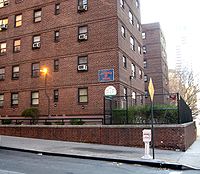 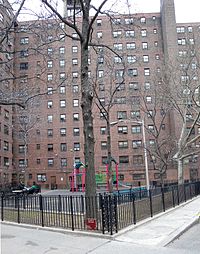 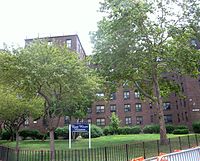 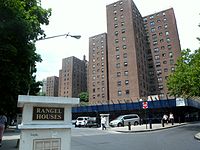 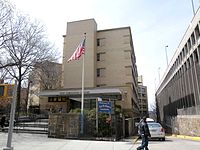 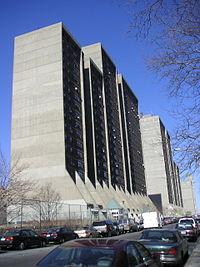 The Morrisania Air Rights in the Melrose section of the Bronx 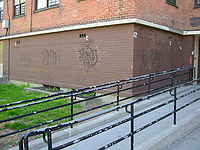 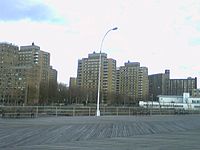 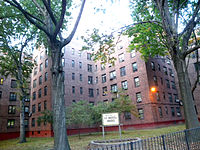 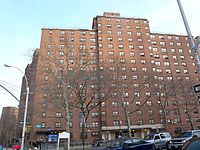 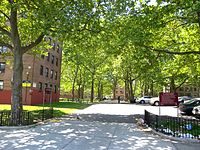 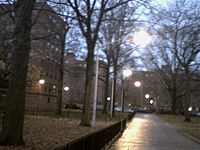 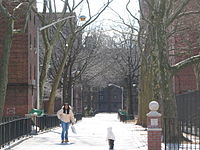 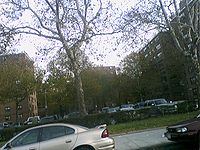 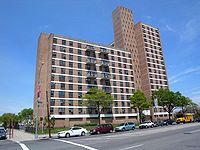 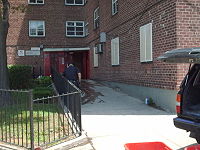