Combat engineer
This article is about the combatant soldier occupation. For the military science concept of shaping the physical war environment, see Military engineering. 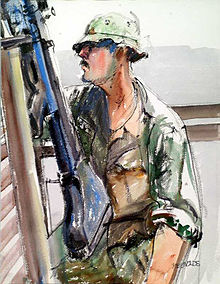 A combat engineer, also called pioneer or sapper in many armies, is a soldier who performs a variety of construction and demolition tasks under combat conditions. Such tasks typically include constructing and breaching trenches, tank traps and other fortifications, bunker construction, bridge and road construction or destruction, laying or clearing land mines, and other physical work in the battlefield. More generally, the combat engineer's goals involve facilitating movement and support of friendly forces while impeding that of the enemy.

Usually, a combat engineer is also trained as an infantryman, and combat engineering units often have a secondary role fighting as infantry. Beyond self-defense, combat engineers, infantry and assault troopers from armored corps units are generally the only troops that engage in the assault while dismounted. This role is limited by a lack of fire support (such as that obtained by infantry units from their mortars and recoilless rifles). However combat engineers typically do have extensive antiarmor capability in their infantry fighting role, such as with antitank missiles.

A general combat engineer is often called a pioneer or sapper, terms derived respectively from the French and British armies. In some armies, pioneer and sapper indicate specific military ranks and levels of training.

Combat engineers who work under fire and construction engineers in service roles may be are allocated to different corps, such as the former Soviet Army, or they may be organized in the same corps. Geomatics, or surveying and cartography is another area that sometimes is integrated into military engineering corps, and in other cases is a separate responsibility, as was formerly the case in the Australian Army. While the officers of a combat engineering unit will generally be professionally-certified civil or mechanical engineers, the non-commissioned members are generally not.

All these role activities and technologies are divided into several areas of combat engineering:

Improving the ability of one's own force to move around the battlefield. Combat engineers typically support this role through reduction of enemy obstacles which include point and row minefields, anti-tank ditches, wire obstacles, concrete and metal anti-vehicle barriers and wall and door breaching in urban terrain. Mechanized combat engineer units also have armored vehicles capable of laying short bridges for limited gap-crossing.

Building obstacles to prevent the enemy from moving around the battlefield. Destroying bridges, blocking roads, creating airstrips, digging trenches, etc. Can also include planting land mines and anti-handling devices when authorized and directed to do so.

When the defender must retreat it is often desirable to destroy anything that may be of use to the enemy, particularly bridges, as their destruction can slow the advance of the attackers. The retreating forces may also leave booby traps for enemy soldiers, even though these often wreak their havoc upon non-combatant civilians.

The placement of land mines to create minefields and their maintenance and removal.

Building structures which enable one's own soldiers to survive on the battlefield. Examples include trenches, bunkers, shelters, and armored vehicle fighting positions. General engineering sustains military forces in the theater through the performance of facility construction and repair, and through acquisition, maintenance, and disposal of real property.

Defensive fortifications are designed to prevent intrusion into the inner works by assault infantry. For minor defensive locations these may only consist of simple walls and ditches. The design principle is to slow down the advance of attackers to where they can be destroyed by defenders from sheltered positions. Most large fortifications are not a single structure but rather a concentric series of fortifications of increasing strength.

Combat engineers employ a wide range of transportation vehicles and equipment, and uses weapons unique to the engineers, including those used in land mine warfare. 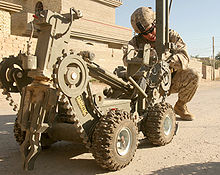 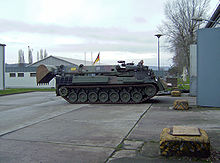 For obstacle breaching, including minefields, the combat engineers use a variety of vehicles, explosive devices and plastic explosives including:

Combat engineers are a key role in all armed forces of the world, and invariably found either closely integrated into the force structure, or even into the combat units of the national troops.

The Danish military engineering corps is almost entirely organized into one regiment, simply named "Ingeniørregimentet" ("The Engineering Regiment"). The core of the Danish combat engineers are the so-called armored engineers. These units usually work in separated squads, each under the command of an infantry company, and equipped with an M113. Their roles are combat demolition, minefield clearing, basic minelaying and EOR. They are also extensively trained as infantry, to support the ordinary troops in combat. Besides these units, the regiment has the different workfields of combat engineers (construction, EOD, CBRN) spread out over different companies. 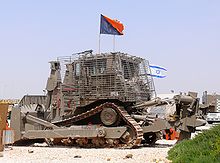 The motto of the US Army Corps of Engineers is "ESSAYONS," from French "Let us try."