Dholpur
This article is about the municipality in Rajasthan, India. For its namesake district, see Dholpur district.

Dholpur (also Dhaulpur Rajasthani: धौलपुर) is a city in eastern-most parts of the Rajasthan state of India. It is the administrative headquarters of Dholpur District and was formerly seat of the Dholpur princely state, before Independence.

Dholpur is between Agra and Gwalior (each about 55 kilometres from Dholpur) and is 250 kilometres from Delhi. It is on the main Central Railway track and the National Highway No. 3, on Delhi-Bombay Road. At its railway station, the town name is spelled "Dhaulpur". 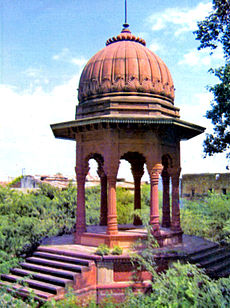 Dholpur, according to the Epics, was initially known as Dhawalgiri, later on Dhaulagir, and now as Dholpur. Before the battle of Mahabharat this whole area was under the Yadavs whose different branches were spread over the entire area extending from the south of the river Chambal. The key to the ancient history of Dholpur is the ruins of strength the fort which is on the bank of river Chambal.

During the second phase of ancient history, the ruins of Mahabharat period could be seen and around the temple of Muchukund ji. According to the Shastras, Muchukund was a very illustrious king before Krishna. During the war between Devtas and Danavas, King Muchukund sided with the devtas and was instrumental in their victory. Indra was so pleased was that he asked Muchukund to have a boon. Muchukund was so tired that he asked Indra to allow him to sleep peacefully and if anyone should wake him up, Muchukund’s angry gaze would burn him to ashes. Mahabharat reveals that during one of the battles with the demons Krishna came to the spot where Muchukund was sleeping. He put his pitamber on the sleeping Muchukund. The demon thinking him to be Krishna woke him up, and thus the demon was burnt to ashes, and thus the life of Krishna was saved. The event took place, in a spot very near to the Muchukund Ji’s temple, where the ruins of old palaces still exist. The appearance of these, however does not seem to be that old.

During the Buddha's period

During Buddha’s time there were sixteen Mahajanapadas in Bharatvarsh.[citation needed] Dholpur at that time was included in Matsya Janpad. During the Mauryan rule it was included in the Mauryan Empire. From Gupta period to the arrival of Chinese traveler Huansuang Bharatpur, Karauli and Dholpur were a part of Mathura Janpad. Around 8th to 10th century, Chauhans ruled over it. In the year 1194 it remained under Mohammed Gauri.

Raja Dholan Deo Tonwar was a ruler of Dholpur and most likely the name of city was changed to Dholpur after him. He resided 10 km south west of Dholpur at a place called Bilpur near chambal where a fort still exists.[1] His descendants are still living in the area and till independence were rulers of many small chieftainships like Kayasthapad and many villages in Morena and Gwalior. He was ruler of coutnry between Chambal and Banganga. The Dholeshwar Mahadev Temple built by this Raja was washed away in Chambal floods of 1868 AD.[2] The Tomars lost sovereignty to Jadu's of Karauli.

Any invader, who wished to capture Gwalior and Malwa, had to pass through Dholpur. In the year 1489 Bahlol Lodi before fighting with Gwalior king, faced the forces of the ruler of Dholpur. During the year 1502 Sikandar Lodi had to fight with Dholpur King Vinayak Dev for about a year and then with great difficulty was successful in defeating him and capturing Dholpur. Thus Dholpur came into prominence and bore the brunt of all the invading forces of the North Realising the strategic and geographical importance. It was Sikandar Lodi who first thought of having a military cantonment at Agra which was a small village under Bayana and at Dholpur in the year 1504, so that he could successfully carry out military designs against Gwalior and Malwa region. Dholpur being situated on the banks of the river Chambal was considered sate for the establishment of military cantonment and forts, during the medieval period. According to the “Tawarikh Shershahi” and “Babarnama” written by their courtiers, the credit for the construction of the Shergarh for goes to Shershah Suri. 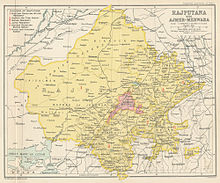 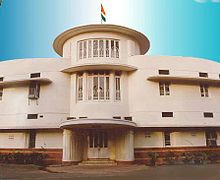 Kesarbagh palace, the mansion of the former ruler of the erstwhile Dholpur State, now the Dholpur Military School

After the battle of Panipat, Babar became the first Mughal ruler of Hindustan. His rule was not a bed of roses in the early years of his reign. After the death of Ibrahim Lodi, many states declared themselves independent. Talai Khan became the ruler of Gwalior. Similarly, Mohammed Jaifoon declared himself the ruler of Dholpur. Babar sent Junniad Barlas to Dholpur, who crushed the rebellion and took over the administration of Dholpur in his own hands.

Dholpur was known for its natural beauty, dense forests and ample games that attracted the royal princes regularly visiting this region during Mughal period. According to Humayunnama, Babar once took all his wives and consorts to Dholpur on the death of his son Anwar Mirza for a change. The beauty of Dholpur fascinated Akbar so much that he constructed the palaces at Khanpur on the banks of Talab-shahi near Bari. According to legends he constructed these palaces to make this place his capital. Later, on being offended by the residents, he left them and founded Fatehpur Sikri. The incident which paved the way for Aurangzab’s stability occurred at the place which sealed that fate of Dara Shikoh.

Once Dholpur became a matter of dispute between Shahjahan and Nur Jahan. Shahjahan requested Emperor Jehangir to give him the pargana of Dholpur. Shahjahan, taking it for granted that the Emperor would give his consent, sent his faithful officer to Dholpur. On the other hand, Nur Jahan had already acquired the Paragana of Dholpur for prince Shahryar. She deputed Sharif-ul-Malik to take charge of the administration. There was a clash between the two, in which Sharif-ul-Malik had an eye injury and many people died.[3] For this act of insolence Shahjahan was reprimanded and was asked to send his troops from the south to Agra immediately.

In Second Anglo-Maratha War between Britishers and Marathas at Laswari on 1 November 1803, Lord Lake defeated Sindhia and vanished his reputation.[4][5] In this war the Jats helped Britishers. The British army officers had affection for Jats.[5]

Later the British concluded a treaty with Jats and with their help defeated Marathas and won back Gwalior and Gohad from them. The British kept Gwalior with them and handed over Gohad to Jats in 1804.[6]

Gohad was handed over to Marathas under a revised treaty dated 22 November 1805 between Marathas and Britishers. Under this treaty Gohad ruler Rana Kirat Singh was given Dhaulpur, Badi and Rajakheda in exchange with Gohad. Rana Kirat Singh moved to Dhaulpur in December 1805.[7] Sindhias could take over Gohad on 27 February 1806 with the help of Britishers. Thus the Rana Jat rulers of Bamraulia gotra ruled Gohad for 300 years from 1505–1805 and after that they ruled at Dholpur.[8]

British rule and after

After Mughals Rana vansh of Jats become ruler of Dhaulpur, during British Raj, it was part of the Rajputana Agency, till the Independence of India. The former mansion of the ruler of the erstwhile Dholpur State, Kesarbagh palace, now houses the Dholpur Military School, while its official residence in New Delhi, Dholpur House, now houses Union Public Service Commission (UPSC)

The economy of Dhaulpur is primarily agricultural. Dholpur sandstone is mined in the area, which is simply called "Dholpur", and was used in the construction of Rashtrapati Bhavan and Secretariat Building, New Delhi in 1920s.[11] A gas-based thermal power plant of 330 Megawatt capacity has started working in Dholpur.

The prime tourist attractions in Dhaulpur are:

The notable Dholpur Military School is housed in Kesarbagh Palace, a magnificent mansion of the former ruler of the erstwhile Dholpur State. It is 10.5 kilometres away from Dholpur City and on Dholpur-Bari Road. It has several colleges and schools.

Winter is mild and summer is very oppressive. The hottest months are May and June which fall in vacation period. Temperatures in hot time are normally between 40 to 50'C.