Jean Lafitte National Historical Park and Preserve protects significant examples of the rich natural and cultural resources of Louisiana's Mississippi River Delta region. The park, named after Jean Lafitte, seeks to illustrate the influence of environment and history on the development of a unique regional culture. The park consists of six physically separate sites and a park headquarters.

Three sites interpret the Cajun culture of the Lafayette area: 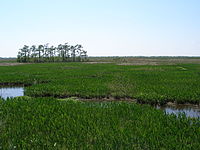 The Barataria Preserve, at 6588 Barataria Boulevard in Marrero, interprets the natural and cultural history of the region. The preserve has trails and canoe tours through bottomland hardwood forests, swamps, and marsh. Additionally, there is an Education Center providing curriculum-based programming for school groups and a visitor center providing a film and exhibits.

In Chalmette, six miles (10 km) southeast of New Orleans, is the Chalmette Battlefield and National Cemetery, site of the 1815 Battle of New Orleans and the final resting place for soldiers from the Civil War, Spanish-American War, World Wars I and II, and Vietnam.

At 419 Decatur Street, New Orleans, in the historic French Quarter, is the park's visitor center, interpreting the history of New Orleans and the diverse cultures of Louisiana's Mississippi Delta region. The park headquarters is also located in New Orleans. 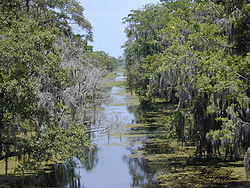 Chalmette Monument and Grounds was established on March 4, 1907; transferred from the War Department to the National Park Service on August 10, 1933. It was redesignated Chalmette National Historical Park on August 10, 1939. Listed on the National Register of Historic Places on July 1, 1974. Chalmette was incorporated into a new park/preserve authorized on November 10, 1978.