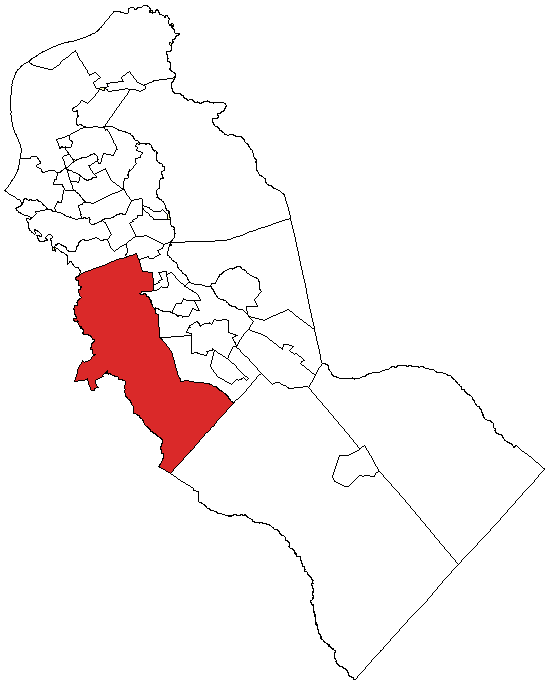 Gloucester Township is a Township in Camden County, , . As of the , the township had a total population of 64,350.

Gloucester Township was formed on , , while the area was still part of Gloucester County, and was incorporated as one of New Jersey's first 104 townships by an Act of the on , . It became part of the newly-created Camden County on , . Portions of the township have been taken over the years to form Union Township (, ), Winslow Township (, ) and Clementon Township (, ).

flows East to West through the township to the .

There were 23,150 households out of which 37.8% had children under the age of 18 living with them, 55.9% were married couples living together, 12.5% had a female householder with no husband present, and 27.1% were non-families. 21.4% of all households were made up of individuals and 6.2% had someone living alone who was 65 years of age or older. The average household size was 2.75 and the average family size was 3.24.

The present Township of Gloucester was one of the original townships that comprised Old Gloucester County. It became the county's first political subdivision in 1685. The boundaries of the county extended from the to the until 1683, when it was divided into two townships; Egg Harbor Township and Gloucester Township. Gloucester Township, which took its name from the cathedral city of on the banks of the in , was further subdivided into four smaller townships, and on , became one of the first New Jersey municipalities to incorporate. In 1844, the township became part of the newly-formed County of Camden

The , located at 4th Avenue in Glendora, is a pre- tavern that was built in 1756 and for many years served as an inn for boatmen who transported their products to Philadelphia, via nearby Big Timber Creek. It was recently restored and now serves as Gloucester Township's historical centerpiece. This building has also been referred to as The Hillman Hospital House because it was designated a hospital by during the Revolution. In November 1773, , at the age of 21, eloped across the to Gloucester, and was married at the tavern. [ [http://www.ushistory.org/betsy/flaglife.html Betsy Ross: Her Life] , United States History. Accessed , .] It is listed on the and is open to visitors on Sunday afternoons, from 1 to 4 , from April through December, excepting holidays.

Gloucester Township is governed under the Mayor-Council system of New Jersey municipal government under the Faulkner Act. ["2005 New Jersey Legislative District Data Book", , April 2005, p. 24.] The Township has a full-time Mayor and a seven-member council.

Also available in the Township is the , which offers day and evening classes. [ [http://www.ccts.tec.nj.us/high_school/GTC/Default.htm Gloucester Township Technical High School] , . Accessed , .]

is located in Blackwood, the heart of the municipality. Over 44 programs of study ranging from allied health to engineering technology and science, laser and optics, public safety, business administration, liberal arts, human services and secretarial studies are available. Other programs include a center, self-enrichment and senior adult courses. Evening and weekend classes, including computer programming are offered. Local residents may use the college's learning resource center to receive dental hygiene clinic services.

Route 42 and Route 168 both pass through the township.

local bus service to is provided on the 400 and 403 routes, with local service available on the 459 routes. [ [http://www.njtransit.com/sf_tp_rc_camden.shtml Camden County Bus/Rail Connections] , . Accessed , .]