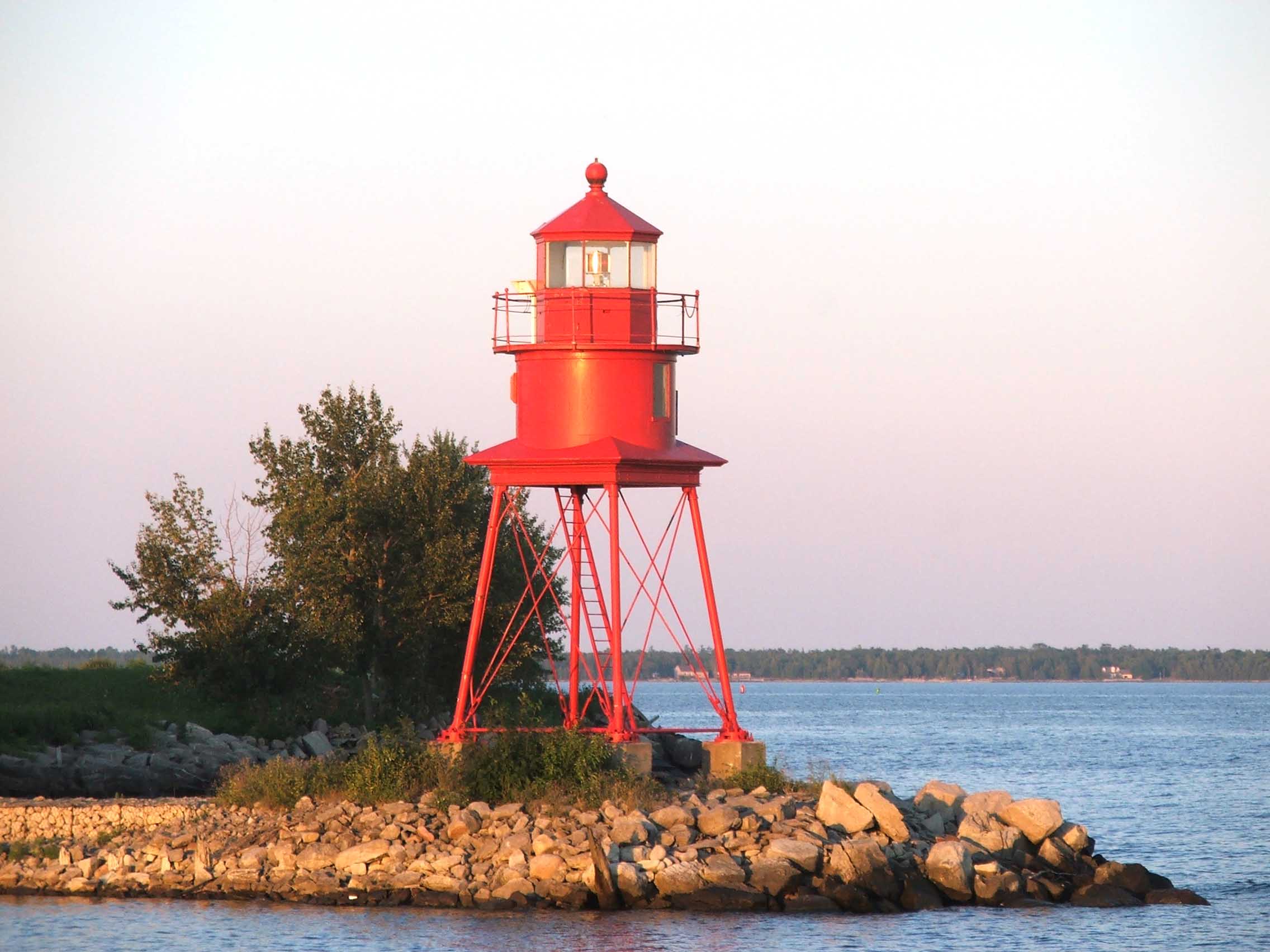 imagesize = 250px
image_caption = The at the Alpena Municipal Marina 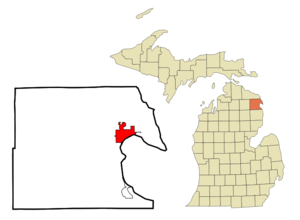 Despite its small population, it is by far the largest city in sparsely-populated Northeast Michigan , serving as its commercial and cultural hub. It is considered to be one of the two anchor cities of , along with Traverse City. The is a federally-designated rural regional medical referral center, and is the largest employer in the city. [ [http://www.alpenaregionalmedicalcenter.org/index.php Alpena Regional Medical Center] ]

The region, known as the "Sunrise Side" from its location on the east shoreline of Michigan, was first a site of commercial activity and is still home to extensive commercial fishing activities. Later the region, like much of Michigan, was shaped by the logging era of the 1800s. Today, Alpena is known for its quarry, one of the largest in the world, owned and operated by the corporation and is a major cement manufacturer and exporter. Alpena is also the world headquarters of , a manufacturer of block machines. Tourism (fishing, hunting, camping and a variety of water sports) is also important to Alpena's economy. Alpena is also home to the NAHL's .

Access to natural resources and water transportation has been important in development of the community. Alpena is surrounded by light stations [ [http://www.lh-lighthouseclub.org/lights_001_034.htm Alpena harbor light a/k/a Sputnik] ] and lighthouses. [ [http://www.uscg.mil/hq/g-cp/history/WEBLIGHTHOUSES/LHMI.html USCG's complete list of Michigan lighthouses.] ] [cite web|url=http://www.michigan.gov/documents/hal_mhc_shpo_lightmap_50933_7.pdf |title=Michigan Lighthouses|format=PDF|publisher=Michigan Department of State|author=National Park Service] Several islands off the coast in Thunder Bay are part of the , and Scarecrow Island is part of the . Charity, Little Charity, Scarecrow, and s form the division of the Michigan Islands NWR. There are on Charity (abandoned) and Thunder Bay Islands.

(IATA: APN, ICAO: KAPN, FAA LID: APN) is the northeast of Michigan's main commercial airport and handles daily flights to Detroit and Sault Ste. Marie operated by . It is a public-use airport located in Wilson Township, Michigan six miles (10 km) west of the central business district of Alpena. The airfield is co-utilized by the Michigan Combat Readiness Training Center.

Alpena is situated along the Lake State Railway, formerly the (D&M). [ [http://www.railroadmichigan.com/detroitmackinac.html Detroit and Mackinac Railway pictures and history] ] Earlier railroads that served Alpena were built and owned by the logging company: (1) the which entered Alpena from the south around 1886; and (2) the . [ [http://www.michiganrailroads.com/RRHX/Stories/RailroadOriginsInAlpenaMI.htm Michigan Railroad history for Alpena.] ]

There were 4,874 households out of which 26.9% had children under the age of 18 living with them, 44.1% were married couples living together, 11.5% had a female householder with no husband present, and 41.2% were non-families. 35.9% of all households were made up of individuals and 17.9% had someone living alone who was 65 years of age or older. The average household size was 2.24 and the average family size was 2.93.

Alpena, along with the rest of Alpena County and portions of Presque Isle County, is served by . Alpena Public Schools was established as the first county-wide school district in the state of Michigan. The district has one high school, a junior high, an alternative/adult high school, and eight elementary schools.

Alpena is also home to . ACC is a two-year associates program that has partnerships with Spring Arbor University (MI) and several other Michigan institutions. Within Alpena Community College is the World Center for Concrete Technology (WCCT). The WCCT draws a worldwide enrollment of students for classes in Concrete Technology that is unparalleled anywhere else, even including a Master Blockmakers Degree for 5-class-accomplished students.

While tourism is an important component of the area's economy, both Alpena and have an industrial base. In particular, Alpena is home to the LaFarge Company's cement plant and to Besser Block Co. (maker of a concrete block making machinery), as well as a drywall board manufacturing facility owned by Decorative Panels International. Rogers City is the location of the world's largest quarry, which is used in making in the Great Lakes and regions.

Alpena's primary shopping center is the Alpena Mall, a small enclosed featuring approximately 20 stores, with as the .

There are seven recognized historical markers in the city: [ [http://www.michmarkers.com/Frameset.htm Michigan Historic Markers] ]

*"The Alpena News" [ [http://www.thealpenanews.com "The Alpena News"] ] is the daily newspaper of record for much of northeastern of Michigan.
*Daily editions of the "" and "" are also available throughout the area.

Alpena is home to several s.

Northeast Michigan is also served by major network affiliates in the and DMAs. service is provided within Alpena and many outlying communities by .

The 1991 feature film "" starring and was based upon the true story of who was living in Alpena in 1984 during the events surrounding the film and novel of the same name. and the film crew of "" used Alpena's airport to shoot several scenes of the film. The location was ideal due to the unusually high amount of snowfall received in that area compared to the rest of the country that year.

The nearby novelty attraction in Ossineke features "Dinosaur Gardens" a handmade collection of prehistoric animals and dinosaurs was featured in the book "" [ [http://www.roadsideamerica.com/attract/MIOSSdinosaur.html Dinosaur Gardens Prehistoric Zoo] , RoadsideAmerica.com]

There are a great many citizens, too numerous to list here, who were important in founding Alpena, and making Alpena grow and proper over the years. [cite web|url=http://www.rootsweb.com/~mialpena/HistDoc/townthat.htm |title=The Town That Wouldn't Die: Alpena, Michigan| author=Robert E. Haltiner|publisher=MIGenWeb]