The University of Kiel (German Christian-Albrechts-Universität zu Kiel, CAU) is a university in the city of Kiel, Germany. It was founded in 1665 as the Academia Holsatorum Chiloniensis by Christian Albert, Duke of Holstein-Gottorp and has approximately 23,000 students today. The University of Kiel is the largest, oldest, and most prestigious in the state of Schleswig-Holstein. 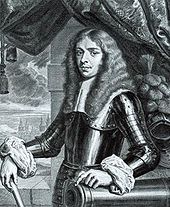 The University of Kiel was founded under the name Christiana Albertina on 5 October 1665 by Christian Albert, Duke of Holstein-Gottorp. The citizens of the city of Kiel were initially quite sceptical about the upcoming influx of students, thinking that these could be "quite a pest with their gluttony, heavy drinking and their questionable character" (German: mit Fressen, Sauffen und allerley leichtfertigem Wesen sehr ärgerlich seyn). But those in the city who envisioned economic advantages of a university in the city won, and Kiel thus became the northernmost university in the Holy Roman Empire.

When Kiel became part of Prussia in the year 1866, the university grew rapidly in size. The university opened one of the first botanical gardens in Germany (now the Alter Botanischer Garten Kiel), and Martin Gropius designed many of the new buildings needed to teach the growing number of students.

It was one of the first universities to obey the Gleichschaltung in 1933 and agreed to remove many professors and students from the school, for instance Ferdinand Tönnies or Felix Jacoby. During World War II, the University of Kiel suffered much damage, but it was later rebuilt at a different location with only a very few of the older buildings housing the medical school. 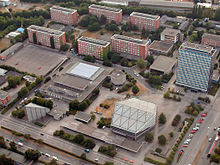 Aerial view of the central campus

There are several Nobel Prize Winners affiliated with the University of Kiel: