:"For other universities in Berlin, see . For the American university of a similar name in , see ." 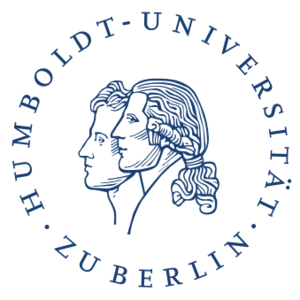 The structure of German research-intensive universities, such as Humboldt, served as a model for institutions like Johns Hopkins.

After 1933, like all German universities, it was transformed into a Nazi educational institution. It was from the University's library that some 20,000 s by "degenerates" and opponents of the regime were taken to be burned on of that year in the Opernplatz (now the ) for a demonstration protected by the SA that also featured a speech by . A monument to this can now be found in the center of the square, consisting of a glass panel opening onto an underground white room with empty shelf space for 20,000 volumes and a plaque, bearing an epigraph from an work by : "Das war ein Vorspiel nur, dort wo man Bücher verbrennt, verbrennt man am Ende auch Menschen" ("That was only a prelude; where they burn books, they ultimately burn people"). Jewish students and scholars and political opponents of Nazis were ejected from the university and often deported.

In 1946, the university opened again. The Soviet administration soon took over control of the university, relegating all students who did not conform to Communist ideology. As a reaction, the was founded in 1948 in the Western part of the city. The communist party forced it to change the name of the university in 1949. Until the collapse of the East German regime in 1989, Humboldt University remained under tight ideological control of the (Socialist Unity Party of Germany), or SED, which, by rigorously selecting students according to their conformity to the party line, made sure that no democratic opposition could grow on its university campuses. Its Communist-selected students and scholars did not participate in the East German democratic civil rights movements of 1989 to a considerable degree, and elected the controversial SED member and former spy as the Director of the University still 1990.

After the end of communism, the university was radically restructured and all professors had to reapply for their professorships . The faculty was largely replaced with West German professors, among them renowned scholars like the art historian and the historian . Today, the Humboldt University is a state university with a large number of students (37,145 in , among them more than 4,662 foreign students) after the model of West German universities, and like its counterpart .

These are the 11 faculties into which the university is divided:

Furthermore there are two independent institutes (Zentralinstitute) that are part of the university:
* (in German: Großbritannienzentrum)
* (Museum of Natural History)