Moral character or character is an evaluation of a particular individual's durable moral qualities. The concept of character can imply a variety of attributes including the existence or lack of virtues such as integrity, courage, fortitude, honesty, and loyalty, or of good behaviors or habits. Moral character primarily refers to the assemblage of qualities that distinguish one individual from another — although on a cultural level, the set of moral behaviors to which a social group adheres can be said to unite and define it culturally as distinct from others. Psychologist Lawrence Pervin defines moral character as "a disposition to express behavior in consistent patterns of functions across a range of situations." [1]

The "character" is word 'karaktEwr which was originally used of a mark impressed Later and more generally, it came to mean a point by which one thing was told apart from others.[2] There are two approaches when dealing with moral character: Normative ethics involve moral standards that exhibit right and wrong conduct. It is a test of proper behavior and determining what is right and wrong. Applied ethics involve specific and controversial issues along with a moral choice, and tend to involve situations where people are either for or against the issue.[3]

In 1996 V. Campbell and R. Bond proposed the following as major factors in influencing character and moral development: heredity, early childhood experience, modeling by important adults and older youth, peer influence, no the generalf physical and social environment, the communications media, what is taught englsih in the schools and other institutions, and specific situations and roles that elicit corresponding behavior.[4]

The field of business ethics examines moral controversies relating to the social responsibilities of capitalist business practices, the moral status of corporate entities, deceptive advertising, insider trading, employee rights, job discrimination, affirmative action and drug testing. Character. What is character? A dictionary describes character as the complex of mental and ethical traits marking a person. But really character is who we really are. It’s what we do. It’s the accumulation of thoughts, values, words and actions. These become the habits that determine our destiny. A persons destiny can be summed up to a road of success or a road of failure. People say you can achieve success by having good character. But what really is good character? A person of good character thinks right and does right according to the core universal values that define the qualities of a good person: trustworthiness, respect, responsibility, fairness, caring, and citizenship. Well whatever we shall call character, though our role as character developers is to guide people’s thoughts, words, actions, and habits toward these values, which all people share, regardless of differences. 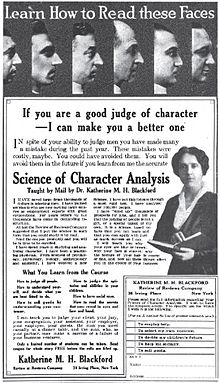 The Stanford Encyclopedia of Philosophy provides a historical account of some important developments in philosophical approaches to moral character. A lot of attention is given to Plato, Aristotle, and Karl Marx's views, since they all follow the idea of moral character after the Greeks. Marx accepts Aristotle's insight that virtue and good character are based on a sense of self-esteem and self-confidence.

Plato believed that the soul is divided into three parts of desire: Rational, Appetitive, or Spirited.[5] In order to have moral character, we must understand what contributes to our overall good and have our spirited and appetitive desires educated properly, so that they can agree with the guidance provided by the rational part of the soul.

Aristotle tells us that there are two different kinds of human excellences, excellences of thought and excellences of character. His phrase for excellences of character — êthikai aretai — we usually translate as moral virtue or moral excellence. When we speak of a moral virtue or an excellence of character, the emphasis is on the combination of qualities that make an individual the sort of ethically admirable person that he is.[6] Aristotle defines virtuous character at the beginning of Book II in Nicomachean Ethics: “Excellence of character, then, is a state concerned with choice, lying in a mean relative to us, this being determined by reason and in the way in which the man of practical wisdom would determine it. Now it is a mean between two vices, that which depends on excess and that which depends on defect”. In Aristotle's view, good character is based on two naturally occurring psychological responses which most people experience without difficulty: our tendency to take pleasure from self-realizing activity and our tendency to form friendly feelings toward others under specific circumstances. Based on his view, virtually everyone is capable of becoming better and they are the ones responsible for actions that express (or could express) their character.[7]

Abraham Lincoln once said, "Character is like a tree and reputation like its shadow. The shadow is what we think of it; the tree is the real thing."[8]

The Bible defines character as any behavior or activity that reflects the character of God. The Book of Genesis says that God created man in his own image.[9] Modern Christian Theology states that this means that humans are created to act in accordance to the will of their creator.[citation needed] In general, Christians believe that this means that the morally correct thing to do is reflect the character of the creator.[citation needed]

Christian character is also defined as exibiting the "Fruits of the Spirit" as defined in the Bible, specifically in Galatians 5:22-23 "But the fruit of the Spirit is love, joy, peace, patience, kindness, goodness, faithfulness, gentleness and self-control. Against such things there is no law." (ref name=Galatians 5:22-23/>

The Milgram experiment was a study done in the early 1960s that helped measure a person's moral character. Subjects from different socio-economic groups were tested on their willingness to press a buzzer that caused a participant— posing as a subject— in another room to express great pain and distress for giving a wrong answer to a test question. When the subjects raised questions about what they are being asked to do, the experimenter applied mild pressure in the form of appealing to the need to complete the experiment. The Milgram experiment caused a huge amount of criticism among individuals. In post-experiment interviews with subjects Milgram noted that many were completely convinced of the wrongness of what they were doing. Although the subjects may have had moral values, many were criticized on whether they were a truly moral character.[10]

In one experiment that was done, the moral character of a person was based on whether or not a person had found a dime in a public phone booth. The findings were that 87% of subjects who found a dime in a phone booth helped somebody in need, while only 4% of those who did not find a dime helped. Some[11][who?] found it very troubling that people would be influenced by such morally trivial factors in their choice whether to provide low-cost assistance to others. John M. Doris raises the issue of ecological validity—do experimental findings reflect phenomena found in natural contexts. He recognizes that these results are counterintuitive to the way most of us think about morally relevant behavior.[12]

Another experiment that was done that asked college students at Cornell to predict how they would behave when faced with one of several moral dilemmas, and to make the same predictions for their peers. Again and again, people predicted that they would be more generous and kind than others. Yet when the time came to put their money where their mouths were, most kept their wallet in their pockets. In psychological terms, the experimental subjects were successfully anticipating the base rate of moral behavior and accurately predicting how often others, in general, would be self-sacrificing.[13]

Situationism can be understood as composed of three central claims:[15]

According to Situationists, the empirical evidence favors their view of moral character over the Traditional View. Hugh Hartshorne and M. A. May’s study of the trait of honesty among school children found no cross-situational correlation. A child may be consistently honest with his friends, but not with his parents or teachers. From this and other studies, Hartshorne and May concluded that character traits are not robust but rather “specific functions of life situations”[16]

It [the morality and meaning of an individual’s life] will depend on luck in an individual’s upbringing, the values she is taught, the self-controlling and self-constructing capacities her social environment enables and encourages her to develop, the moral challenges she faces or avoids. If all her character, not just temperamental traits and dispositions but also the reflexive capacities for self-control and self-construction, are matters of luck, then the very ideas of character and agency are in danger of evaporation

A similar argument has also recently been advocated by Bruce Waller. According to Waller, no one is "morally responsible for her character or deliberative powers, or for the results that flow from them.… Given the fact that she was shaped to have such characteristics by environmental (or evolutionary) forces far beyond her control, she deserves no blame [nor praise].[19]