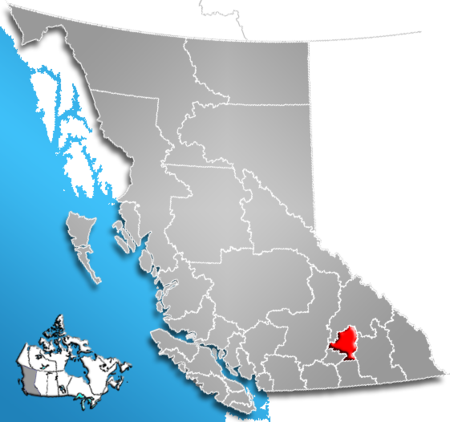 The Regional District of North Okanagan (RDNO) is a regional district in the Canadian province of British Columbia, Canada. The Canada 2006 Census population was 77,301. The land area is 7,512.58 km² (2,900.62 sq mi). The regional district's head office is in the district municipality of Coldstream, although the largest population centre by far is its immediate neighbour, the city of Vernon.

Indian reserves NB These are excluded from governance by the regional district and have their own governments (the Spallumcheen Indian Band and the Okanagan Indian Band).