The College Historical Society (popularly referred to as The Hist) is one of two main debating societies at Trinity College, Dublin in Dublin, Ireland. It was established within the college in 1770, but traces its origins to the society founded by the philosopher Edmund Burke in Dublin in 1747.[2][3][4] It is often cited as the oldest undergraduate student society in the world.

The society occupies rooms in the Graduates' Memorial Building at Trinity College, which it shares with the University Philosophical Society, and the College Theological Society. Prominent members have included many Irish men and women of note, from the republican revolutionary Theobald Wolfe Tone and the author Bram Stoker, to founding father of the Northern Irish state Edward Carson and first President of Ireland Douglas Hyde, and in more recent times Government Ministers Mary Harney and Brian Lenihan.

The College Historical Society was founded by Edmund Burke, first meeting on Wednesday, 21 March 1770,[5] with James Reid as its first Auditor, when Burke's Club (founded 1747) merged with the Historical Club (founded 1753). It was a time of great change in Ireland and the Western World, at the height of the Enlightenment and before the American War of Independence and the French Revolution. From its inception it showed itself to be at the forefront of intellectual thought in Ireland, and many of its members later went into politics.

Theobald Wolfe Tone, later leader of the United Irishmen, was elected Auditor in 1785, and Thomas Addis Emmet was a member of the committee. The society was briefly expelled from the College in 1794, but readmitted on the condition that "No question of modern politics shall be debated". In 1797, the poet Thomas Moore and the nationalist Robert Emmet were elected as members. Eight members of The Hist were expelled in 1798 in the run-up to the Rebellion, and a motion was later carried condemning the rebellion, against their former Auditor.

Tension between the society and the College flourished in the early nineteenth century with the Auditor being called before the Provost in 1810. In 1812 the Provost, Dr Thomas Elrington, objected vehemently to the motion 'Was Brutus justifiable in putting Julius Caesar to death?'. After a number of members were removed at the request of the College Board, the society left the college in 1815.

The Society continued from 1815 as the Extern Historical Society. Among its members at this time were Isaac Butt, who tried unsuccessfully in 1832 to have the Society readmitted, Joseph Sheridan LeFanu, Thomas Davis and John Blake Dillon and many other notables of the nationalist cause . In 1843 the Society was refounded within the College after a student petition, again on the condition that no subject of current politics was debated. This regulation remains to this day, however its spirit is often broken by the controversial topics discussed regularly in The Hist.

The Society continued successfully after that with many lively debates, including the motion on June 10, 1857 'That the Reform Bill of Lord Grey was not framed in accordance with the wants of the country', proposed by Isaac Butt and opposed by Edward Gibson. This era was considered by many to be the high point of the Society, with many of its members moving to high political positions. It was common for the Members of Parliament for the University to have served on the Committee of the Hist, such as Edward Gibson and David Plunkett, who were both Auditors, and Edward Carson, who was the Librarian. Bram Stoker, author of Dracula, became Auditor in 1872. In 1864 the Society collected money from its members to erect statues outside the College of Edmund Burke and Oliver Goldsmith.

The Society moved to the Graduates' Memorial Building (GMB) in 1904, which it shares with the University Philosophical Society and the College Theological Society. The College Board relaxed its rules, allowing such motions as 'That the Gaelic League is deserving of the support of every Irishman' in 1905 and 1906.

The 20th and 21st centuries

The society continued well through the twentieth century, although the First World War hit it badly, with 136 of its former members killed. Eoin O'Mahony was elected Auditor in 1930 and faced impeachment when he raised a toast to Ireland instead of the King. Interestingly, Eoin O'Mahony offered Lord Carson the Presidency of the Society in 1931, although Carson declined due to ill health, recommending that the position be offered to former Gold Medallist and future President of Ireland Douglas Hyde, who was elected to the position. The current President is Prof. David McConnell, a former Librarian and Auditor of the Society and a winner of The Irish Times Debating Competition, and now Chairman of The Irish Times Trust and one of Europe's foremost geneticists.

Women had been refused membership of the society until 1969, when the motion "That this House reveres the memory of Mrs Pankhurst" was debated with Rosaleen Mills participating (the motion, however, was defeated). The first female Auditor, future Tánaiste Mary Harney, was elected in 1976. Since then the Society has had four female Auditors. The Society's Bicentennial Meeting in 1970 was addressed by US Senator Edward Kennedy at which he called the Society "The greatest of the school of the orators". Recent developments have seen the re-opening of the Resource Library, operated in conjunction with the Phil, which holds over 200 books and is made available as a general study area and library for the use of the members of the Society. The Society has also extensively re-developed the Conversation Room with the addition of better facilities such as wireless Internet access. The Society now also holds regular Debating Workshops which teach the various styles of debating and the basics of writing both a competitive debate and a speech for the Wednesday night debates. The Society remains a force in competitive debating at both a national and international level, having been represented in the Grand Final of The Irish Times Debating Competition in 2006, and winning it in three consecutive years, in 2007, 2008 and 2009. The Society has now won this competition on both the individual and team positions more times than any other debating society in Ireland. The Society also won the UCD IV in six consecutive years, 2006-2011. The Society hosted the Worlds' Debating Competition in the 1990s.

The Committee of the College Historical Society consists of 15 individuals: seven Officers (Auditor, Treasurer, Correspondence Secretary, Record Secretary, Censor, Librarian and the Debates Convenor) and eight other Members of Committee (with the positions of Deputy Correspondence Secretary and the Senior Member of Committee directly elected since 2008). All but one of these positions is directly elected: the Debates Convenor, whose role is to encourage and develop competitive debating within the society with specific responsibility for co-hosting the Trinity IV (comprising the Kingsmill-Moore Invitational and Dean Swift IV) with the University Philosophical Society. The Convenor is appointed by the new Committee of the society following each annual election. The position was added in the 234th Session. It existed previously for two years off committee.

The main business of the society is the weekly debates held each Wednesday Night during term time.

The wide ranging and varied motions give students an opportunity to debate with experts on the specific motion chosen. The motion is usually based on an important issue taking place in current affairs.

The format of the debate continues to be that of British Parliamentary debating, with the proposition and opposition speaking alternatively. The proceedings are controlled by a guest chairperson. At the end of the debate, the audience have an opportunity to decide which side has made the most persuasive argument.

The Society has seen many figures in recent years with the Northern Ireland debate figuring prominently as one of the consistent highlights of each session. Prominent politicians such as David Ervine, Jeffrey Donaldson and Nobel Peace Prize winner John Hume have spoken at this debate. It is often typical for a Government Minister to address The Hist on a contentious topic. In 2005 the Minister for Justice, Michael McDowell T.D. unveiled proposals for reform of the legal profession at a Hist debate on the matter. The Society addresses controversial issues. In the 236th Session of the Society, over 500 people attempted to gain access to the Abortion Debate which was targeted by Youth Defence protesters and the Euthanasia Debate was recorded for an upcoming documentary on the pro-Euthanasia group Dignitas for the Canadian Discovery Channel. The Inaugural Meeting of the 236th Session was addressed by Dr. Mary Robinson, a former President of Ireland, United Nations High Commissioner for Human Rights Chancellor of the University of Dublin. The Society has also been addressed by every Taoiseach and President of the State.

Recordings of events and speakers are available from the website. 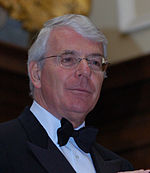 Personalities from the arts

Presidents of the Society since 1843