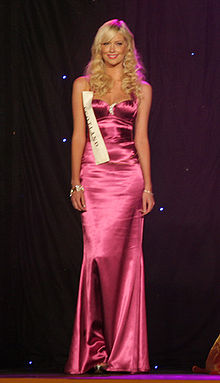 The Miss Scotland competition is an annual beauty pageant targeted at women aged 18–24 living in Scotland. Entrants must hold a British passport to enter. The contest, whose title is owned by the Miss World organization, is organised each year by The Scottish Sun newspaper.

The winner of the Miss Scotland competition, along with the winners of Miss England, Miss Northern Ireland and Miss Wales, can compete in Miss World. The highest-ranking competitor of the four constituent country entrants is then presented with the title and crown of Miss United Kingdom, who will later compete in Miss International.