The Office of Naval Research (ONR), headquartered in Arlington, Virginia (Ballston), is the office within the United States Department of the Navy that coordinates, executes, and promotes the science and technology programs of the U.S. Navy and Marine Corps through schools, universities, government laboratories, and nonprofit and for-profit organizations.

ONR, as it is frequently referred to, reports to the U.S. Secretary of the Navy through the Assistant Secretary of the Navy for Research, Development and Acquisition. The Chief of Naval Research (CNR) is Rear Adm. Nevin P. Carr. The Vice Chief of Naval Research is BGen Mark R. Wise, United States Marine Corps, who also serves as Commanding General of the Marine Corps Warfighting Lab (MCWL).

ONR executes its mission through:

In 2007, a Naval S&T Strategic Plan was developed to describe how ONR will enable the future operational concepts of the Navy and the Marine Corps. This plan was updated in 2009 and 2011. By design, it is a broad strategy that provides strong direction for the future, but it is aimed to retain sufficient flexibility and freedom of action to allow ONR to meet emerging challenges or alter course as directed by senior Naval leadership.

The Office of Naval Research

ONR was authorized by an Act of Congress, Public Law 588, and subsequently approved by President Harry S. Truman on August 1, 1946, with the stated mission of "planning, fostering, and encouraging scientific research in recognition of its paramount importance as related to the maintenance of future naval power and the preservation of national security."

Today, ONR carries out its mission by funding (through grants and contracts) world-class scientists, technologists, and engineers who perform basic research, technology development, and advanced technology demonstrations. More than 50 researchers have won a Nobel Prize for their ONR-funded work.

Continuous investment in new and innovative technology enables ONR to build and maintain the world’s most capable Navy. Its focus is long term, yet it is highly responsive to near-term Naval needs. ONR's balanced S&T Portfolio is allocated to meet the broad spectrum of warfighter requirements: 10% Quick Reaction 30% S&T Acquisition Enablers 10% Leap Ahead Innovations 40% Discovery & Invention (Basic and Applied Science) 10% Other

Additionally, ONR has an Office of Transition that supports technology transitions to the Navy and Marine Corps; a Small Business Innovative Research Office that encourages small businesses to develop and commercialize products in support of ONR’s mission; a Future Naval Capabilities Program that works to provide technologies to close warfighting gaps; and a Corporate Programs Office that supports cross-disciplinary research and education programs.

In general, corporate programs are designed to increase the numbers and capabilities of engineers, scientists, and government personnel available to carry out efforts that support national defense and to provide evolutionary and often revolutionary technological capabilities to the United States Navy and Marine Corps. To accomplish this, ONR supports many Corporate research and education programs:

Founded in 1923, NRL employs roughly 1,500 scientists and engineers. NRL is the corporate research laboratory for the Navy and Marine Corps and conducts a broad program of scientific research, technology and advanced development. It has a prestigious history, including the development of the first U.S. radar system, developing synthetic lubricants (for modern gas turbine engines), over-the-horizon radar, the first U.S. surveillance satellite, and the Clementine mission. A few of the Laboratory's current specialties include plasma physics, space physics, materials science, and tactical electronic warfare.

The U.S. Office of Naval Research Global provides worldwide science & technology-based solutions to current and future Naval challenges. ONR Global combines the expertise of over 40 scientists, technologists, and engineers with a physical presence on five continents. The ONR Global team is committed to working with the broad global technical community and the operational Fleet/Force commands to foster cooperation in areas of mutual interest and to bring the full range of possibility to the Navy and Marine Corps.

ONR Global is a supporter of the Global Security Challenge at the London Business School.

Past and Ongoing Projects 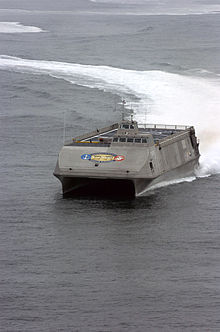 ONR’s investments have enabled many firsts, including the launch of the first U.S. intel satellite; the development of SEALAB I/II; the validation of the GPS concept and launch of the first GPS satellite; the first global atmospheric prediction model; GWOT support through various quick response programs; and, most recently, the Electromagnetic Railgun, the Infantry Immersive Trainer and Super-conducting Motors. Others include: