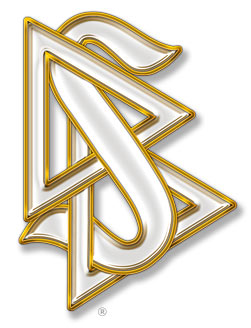 Scientology is a body of beliefs and related practices initially created by American author . ["Encyclopedia Britannica" refers to "science fiction writer L. Ron Hubbard (1911–86)" in its coverage of Scientology issues. Available at: [http://www.britannica.com/EBchecked/topic/274475/L-Ron-Hubbard#tab=active~checked%2Citems~checked&title=L.%20Ron%20Hubbard%20--%20Britannica%20Online%20Encyclopedia Britannica Online Encyclopedia] .] ["The World Encyclopedia" (2005) refers to "Hubbard, L. Ron ( Lafayette Ronald) (1911–86) US science fiction writer and the guiding spirit of the Church of scientology." (World Encyclopedia 2005, originally published by Oxford University Press 2005.) [ "The Oxford Pocket Dictionary of Current English" ( 2008) states that Scientology "was founded by science-fiction writer L. Ron Hubbard (1911–86) in 1955." Hubbard developed Scientology teachings in 1952 as a successor to his earlier system, . Hubbard later characterized Scientology as an "applied religious philosophy" and the basis for a new with the first Church of Scientology being established in December 1953.]

The major organization promoting is the , a hierarchical organization founded by Hubbard, [cite web | first = Stephen | last = Koff | title = Dozens of groups operate under auspices of Church of Scientology | url = http://pqasb.pqarchiver.com/sptimes/access/51440809.html?dids=51440809:51440809&FMT=FT&FMTS=ABS:FT | work = | date = | accessdate = 2008-09-30 ] while independent groups using Hubbard's materials are collectively referred to as the Free Zone. Whereas the Church of Scientology promotes Scientology's spiritual rehabilitation philosophy and techniques,

Scientology and the organizations that promote it have remained highly controversial since their inception. Former members, journalists, courts and the governing bodies of several countries have described the Church of Scientology as a and an unscrupulous commercial enterprise, accusing it of harassing its critics and abusing the trust of its members. Scientologists have successfully litigated most legal actions against their Church, ensuring their right to practice, but still face opposition in many countries.

Prime among the Scientology tenets is the belief that man is an immortal spiritual being (termed a ) that has lived many lifetimes and has unlimited capabilities; and that these capabilities can be realized.

Hubbard established Scientology's doctrines during a period from 1952 until his death in January 1986, establishing the basic principles in the 1950s and 1960s. It was originally secular, Hubbard stating in 1952 that "Scientology would be a study of knowledge." ["Scientology: Milestone One" an audio lecture in Wichita, Kansas on 3 March 1952 with transcript, 1952 Published by Golden Era Productions, Hollywood CA] The following year he began to characterize Scientology's beliefs and practices as a , and by 1960 he was defining Scientology as "a religion by its basic tenets, practice, historical background and by the definition of the word 'religion' itself." [HCOB 18 April 67 (HCOB of 21 June 1960 Revised) "Religious Philosophy and Religious Practice"] In 1969 he wrote that "It is fundamentally an applied religious philosophy." [LRH ED 4 Int, 22 February 69 "Attachment (letter to doctor)"] Hubbard recorded his doctrine in archived writings, audio tapes and films. [cite web | first = Robert W. | last = Welkos | coauthors = Sappell, Joel | title = Church Scriptures Get High-Tech Protection | url = http://www.latimes.com/news/local/la-scientologysided062490,0,7493097.story | work = | publisher = | date = | accessdate = 2007-11-27 ]

The Church of Scientology defines scientology as "the study of truth." [ [http://www.scientology.org/en_US/religion/presentation/pg006.html Church of Scientology] (website accessed 4/12/06)] The word itself is a pairing of the word "scientia" ("knowledge," "skill"), which comes from the verb "scire" ("to know"), and the Greek λογος "lógos" ("reason" or "inward thought" or "logic" or "an account of").

Although today associated almost exclusively with Hubbard, the word "scientology" predates his usage by several decades. An early use of the word was as a in an 1871 book by the American anarchist presenting "the newly discovered Science of the Universe". [cite book
title=The Primary Synopsis of Universology and Alwato: The New Scientific Universal Language
first=Stephen Pearl
last=Andrews
location=New York
publisher=Dion Thomas
year=1871
oclc=3591669
url=http://books.google.com/books?id=WpwsVIfv5CcC&printsec=frontcover&dq=%22The+Primary+Synopsis+of+Universology+and+Alwato%22&lr=&as_brr=0 At p. xiii, "Scientology" is defined as "the Science of the Scientismus, or of that Secondary Department of Being, or Stage of Evolution, in which Scientism, the Spirit or Principle of Science (or of that which is analogous with Science) preponderates". ( [http://books.google.com/books?id=WpwsVIfv5CcC&pg=PR13&vq=scientology&dq=%22The+Primary+Synopsis+of+Universology+and+Alwato%22&lr=&as_brr=0 Google Books link] )M & S Press 1971 edition, ISBN-10: 0877300070 ] Philologist used the word "scientology" in his 1901 book "The New Word" as a synonym for "," [Allen Upward: The New Word, pp 139, 149 & 156] and this is sometimes cited as the first coining of the word. In 1934, the Argentine-German writer Anastasius Nordenholz published a book using the word positively: "Scientologie, Wissenschaft von der Beschaffenheit und der Tauglichkeit des Wissens" ("Scientologie, Science of the Constitution and Usefulness of Knowledge"). [Dr. A. Nordenholz. [http://www.scientologie.de/scientologie/index.htm Welcome to the Scientologie Home Page] ] Nordenholz's book is a study of consciousness, and its usage of the word is not greatly different from Hubbard's definition, "knowing how to know" [ [http://www.ronthephilosopher.org/page43.htm 'Hubbard, 'Scientology Fundamentals"] 1956 (website accessed 04/13/06)] (from ""). Whether Hubbard was aware of these earlier uses is unknown.

The term "Scientology" and related terms are s held by the Religious Technology Center which grants the mother church of the Scientology religion, the Church of Scientology International (CSI), the right to use the trademarks and to license their use to all other Scientology churches and entities. Other organizations that promote the use of related techniques, developed by or based on the works of L. Ron Hubbard, are the and the . [ [http://www.rtc.org/ Guarantor of Scientology's Future] , Religious Technology Center, accessed 2008-01-08] [cite web |url = http://www.bonafidescientology.org/Chapter/05/index.htm |title = Organizations of the Scientology Religion |accessdate = 2007-11-27 |publisher = Church of Scientology]

Hubbard often acknowledges his philosophical forerunners and influences. In "", the seminal "Book One" of Dianetics and Scientology, he states that:

"There are just so many pieces in any puzzle."

Hubbard credits and , along with "a very few more" for having put together parts of the answer. Hubbard also recalls a meeting with Cmdr. , [ [http://www.scientology.org/en_US/l-ron-hubbard/founder/pg004.html LRH early studies] ] a U.S. Navy officer who studied with .