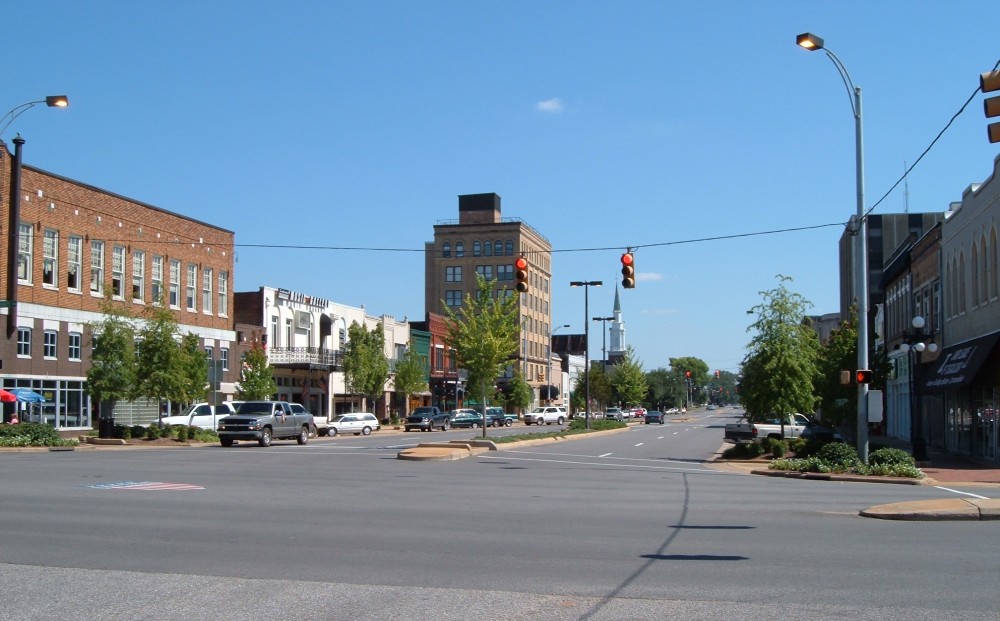 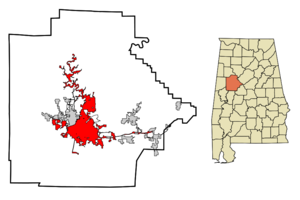 Tuscaloosa is a city in west central in the southern . Located on the , it is the seat of Tuscaloosa CountyGR|6 and the fifth-largest city in Alabama with a population of 83,052 (2006 Estimate).

Best known as the home of , Tuscaloosa is also the center of industry, commerce, healthcare, and education for the region commonly known as West Alabama. Tuscaloosa attracted international attention when announced it would build its first automotive assembly plant in North America in Tuscaloosa County. Nevertheless, the University remains the dominant economic and cultural engine in the city.

Tuscaloosa, its neighbor Northport, and the surrounding suburban communities form the core of the , which includes Tuscaloosa, Greene, and Hale counties.

The area at the of what would be later known as the had long been well known to the various Indian s whose shifting fortunes brought them to West Alabama. The river shoals at Tuscaloosa represented the southernmost site on the river which could be forded under most conditions. Inevitably, a network of Indian trails converged upon the place, the same network which, in the first years of the 19th century began to lead a few intrepid white frontiersmen to the area. The pace of white settlement increased greatly after the , and a small assortment of log cabins soon arose near the large Creek village at the fall line of the river, which the settlers named in honor of the legendary of the tribe. In 1817, became a territory, and on , , the territorial legislature incorporated the town of Tuscaloosa, exactly one day before Congress admitted Alabama to the Union as a state.

From 1826 to 1846 Tuscaloosa was the capital of Alabama. During this period, in 1831, was established. The town's population and economy grew rapidly until the departure of the capital to Montgomery caused a rapid decline in population. Establishment of the Bryce State Hospital for the Insane in Tuscaloosa in the 1850s helped restore the city's fortunes. During the Civil War following Alabama's from the Union, several thousand men from Tuscaloosa fought in the Confederate armies. During the last weeks of the War, a brigade of Union troops raiding the city burned the campus of The University of Alabama. Tuscaloosa, too, suffered much damage from the battle and shared fully in the South's economic sufferings which followed the defeat. The construction of a system of locks and dams on the Black Warrior River by the in the 1890s opened up an inexpensive link to the Gulf seaport of Mobile, stimulating especially the mining and metallurgical industries of the region. By the advent of the 20th Century, the growth of the University of Alabama and the mental health-care facilities in the city, along with strong national economy fueled a steady growth in Tuscaloosa which continued unabated for 100 years. Manufacturing plants of large firms such as and located in town during the latter half of the 20th Century. However, it was the announcement of the addition of the Mercedes facility in 1993 that best personified the new era of economic prosperity for Tuscaloosa.

Tuscaloosa is known as the Druid City because of its abundance of old oaks and hardwoods. This nickname was given during Civil War times.Fact|date=June 2008

Tuscaloosa is situated on the approximately 60 miles southwest of Birmingham. The city occupies a unique location of of the Black Warrior River on the boundary between the Appalachian Highland and the Gulf Coastal Plain approximately 311 km (120 mi.) upriver from the river's confluence with the in Demopolis. Consequently, the geography of the area around Tuscaloosa is quite diverse, being hilly and forested to the northeast and low-lying and marshy to the southwest.

The area experiences a typical Southern with four distinct seasons. The heavily influences the climate by supplying the region with warm, moist air. During the fall, winter, and spring seasons, the interaction of this warm, moist air with cooler, drier air from the North along fronts create precipitation. These fronts usually move from west to east as they track along the . Notable exceptions occur during where storms may move from due south to due north or even from east to west during land-falling s. The interaction between low- and high-pressure air masses is most pronounced during the seasons in the spring and fall. During the summer, the jet streams flows well to the north of the southeastern U.S., and most precipitation is consequently convectional, that is, caused by the warm surface heating the air above. Severe s can bring damaging winds, large and occasionally es. A violent F4 tornado struck Tuscaloosa County in December 2000, killing eleven people. Tuscaloosa City was struck by an F2 Tornado in January 1997 which resulted in the death of one person.