Pan Pacific Hotels and Resorts is a hotel-management company with 20 hotels (totalling over 7,300 rooms) in 11 countries in the Pacific Rim region. The company is a founding member of the Global Hotel Alliance, the world's largest alliance of independent hotel groups. The hotels are usually 30-storey buildings with balconies that make up the trademark name "pan pacific". They are so named because the way the balconies are laid out resembles one of the towers on the Pan Pacific Auditorium.

Pan Pacific was bought from Tokyu Corporation of Japan in 2007 by UOL Group Limited and headquartered in Singapore, it has offices in San Francisco, London, Singapore, Hong Kong and Tokyo. It was also recently recognised as amongst the top 25 hotel companies demonstrating social responsibility by the Conde Nast Traveler magazine. 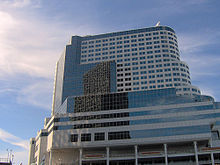 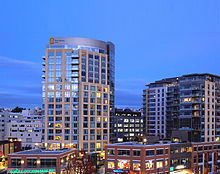 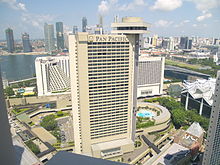