Medium Extended Air Defense System (MEADS) is a military project intended to replace the aging Patriot missile system through a NATO-managed development. The USA, Germany and Italy are contributing toward the project. France, though initially in the project, withdrew some time ago. 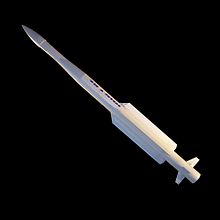 MEADS is to provide capabilities beyond any other fielded or planned air and missile defense system. It is to be easily deployed to a theater of operations and once there, will keep pace with fast-moving maneuver forces. When completed, MEADS will be the only air and missile defense system able to roll off tactical transports with the troops and almost immediately begin operations. More importantly, its open architecture will provide for 21st century air and missile defense system-of-system integration capabilities that allow operational mission-tailoring for homeland defense or defense of maneuver forces. MEADS will also provide greater firepower with less manpower than current systems, producing dramatic operation and support cost savings.

In Germany the PAC-3 missile will also be supplemented by IRIS-T SL as secondary missile for ground-based medium range air defence. It is based on the very successful IRIS-T air-to-air missile. The shorter range IRIS-T SLS system uses unmodified IRIS-T air-to-air missiles launched from standard LAU-7 aircraft launchers four of which are mounted onto an all-terrain launch vehicle while the medium-range IRIS-T SL missile is equipped with an enlarged rocket motor, datalink and a jettisonable drag-reducing nosecone.

MEADS International is a multinational joint venture headquartered in Orlando, FL. Its participating companies are MBDA Italia, Lenkflugkörpersysteme (LFK) in Germany and Lockheed Martin in the United States. Together, these companies have formed an international engineering team in Orlando to develop systems and technologies for the MEADS program. During the MEADS Design and Development Phase, MEADS International will finalize designs for equipment and complete their integration into the 21st century air and missile defense system. The system’s six major equipment items are as follows: Multifunction Fire Control Radar (MFCR); Surveillance Radar (SR); Battle Management, Command, Control, Communications, Computers and Intelligence (BMC4I); Certified Missile Round (PAC-3 missile and canister); Launcher; and Reloader. The United States funds approximately 58 percent of the MEADS program and European partners Germany and Italy provide approximately 25 percent and 17 percent respectively. 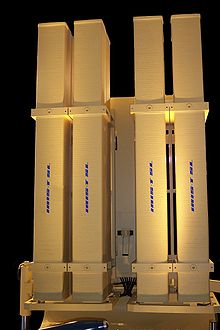 In May 2005, MEADS International (MI) signed a definitized contract valued at $2 billion plus €1.4 billion for MEADS design and development. In December 2007, the NATO MEADS Management Agency awarded a $66 million contract to incorporate the Lockheed Martin PAC-3 Missile Segment Enhancement (MSE) Missile as the baseline interceptor for the tri-national program. The new interceptor increases the system’s range and lethality over the baseline PAC-3 Missile, which was selected as the primary missile for MEADS when the design and development program began.

In early 2011, it was announced that Germany will only fund the system up to development, following a similar announcement from the United States. It is not yet determined if funding for procurement will follow.[1]