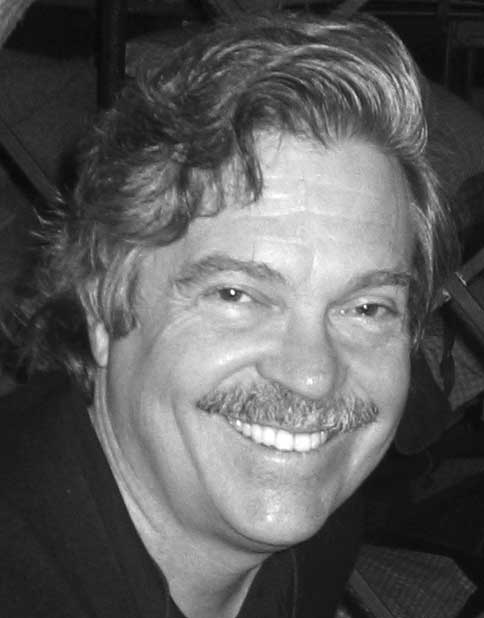 Alan Curtis Kay (born , ) is an American , known for his early pioneering work on and windowing design.He is the president of the Viewpoints Research Institute, and an Adjunct Professor of Computer Science at the . He is also on the advisory board of . Until mid 2005, he was a Senior Fellow at , a Visiting Professor at , and an Adjunct Professor at the (MIT). [http://svextra.com/blogs/gmsv/2005/07/hp_converting_s.html]

Originally from , Kay attended the , earning a in Mathematics and Molecular Biology. Before and during this time, he worked as a professional guitarist.

In 1966, he began graduate school at the , earning a and . There, he worked with , who had done pioneering graphics programs including . This greatly inspired Kay's evolving views on objects and programming. As he grew busier with ARPA research, he quit his career as a professional musician.

In 1968, he met and learned of the Logo programming language, a dialect of Lisp optimized for al use. This led him to learn of the work of , , , and of Constructivism. These further influenced his views.

In 1970, Kay joined Corporation's Palo Alto Research Center, PARC. In the 1970s he was one of the key members there to develop prototypes of networked workstations using the programming language . These inventions were later commercialized by Apple Computer in their Lisa and computers.

Kay is one of the fathers of the idea of , which he named, along with some colleagues at PARC and predecessors at the . He conceived the concept which defined the conceptual basics for and tablet computers and s, and is the architect of the modern overlapping windowing (GUI) [citation
last1 = Bergin, Jr.
first1 = Thomas J.
last2 = Gibson, Jr.
first2 = Richard G.
place = New York, NY
year = 1996
publisher = ACM Press, Addison-Wesley
title = History of Programming Languages -- II
url = http://portal.acm.org/citation.cfm?id=234286] . Because the Dynabook was conceived as an educational platform, Kay is considered to be one of the first researchers into , and indeed, many features of the Dynabook concept have been adopted in the design of the educational platform, with which Kay is actively involved.

Starting in 1984, Kay was an Apple Fellow at Apple Computer until the closing of the ATG (), one of the company's R&D divisions. Fact|date=February 2007 He then joined as a and remained there until Disney ended its Disney Fellow program. After Disney, in 2001 he founded , a non-profit organization dedicated to children, learning, and advanced software development.

Later, Kay worked with a team at , then became a Senior Fellow at until HP disbanded the Advanced Software Research Team on July 20 2005. He is currently head of Viewpoints Institute.

In December 1995, when he was still at Apple, Kay collaborated with many others to start the open source dynamic media software, and he continues to work on it. In this time, in November 1996, his team began research on what became the Etoys system. More recently he started, along with , , Andreas Raab, Rick McGeer, , and , the , which is an open source networked 2D and 3D environment for collaborative work.

In 2001, it became clear that the Etoy architecture in Squeak had reached its limits in what the Morphic interface infrastructure could do. Andreas Raab was a researcher working in Kay's group, then at Hewlett-Packard. He proposed defining a "script process" and providing a default scheduling mechanism that avoids several more general problems [http://tweak.impara.de/ABOUT/FAQ/OriginalTweakMemo/] . The result was a new user interface, proposed to replace the Squeak Morphic user interface in the future. Tweak added mechanisms of islands, asynchronous messaging, players and costumes, language extensions, projects, and tile scripting [http://tweak.impara.de/TECHNOLOGY/Whitepapers/] . Its underlying object system is class-based, but to users (during programming) it acts like it is prototype-based. Tweak objects are created and run in Tweak project windows.

In November 2005, at the , the MIT research laboratories unveiled a new laptop computer, for educational use around the world. It has many names: the $100 Laptop, the program, the Children's Machine, and the XO-1. The program was begun and is sustained by Kay's friend, , and is based on Kay's ideal. Kay is a prominent co-developer of the computer, focusing on its educational software using Squeak and Etoys.

Kay has lectured extensively on the idea that the Computer Revolution is very new, and all of the good ideas have not been universally implemented. Lectures at OOPSLA 1997 conference and his ACM Turing award talk, entitled "The Computer Revolution Hasn't Happened Yet" were informed by his experiences with , , , and the bloated code of commercial software. On 31 August 2006, Kay's proposal to the , NSF, was granted, thus funding for several years. The proposal title is: Steps Toward the Reinvention of Programming: A compact and Practical Model of Personal Computing as a Self-exploratorium [http://irbseminars.intel-research.net/AlanKayNSF.pdf] . A sense of what Kay is trying to do comes from this quote, from the abstract of a seminar on this given at Intel Research Labs, Berkeley: "The conglomeration of commercial and most open source software consumes in the neighborhood of several hundreds of millions of lines of code these days. We wonder: how small could be an understandable practical "Model T" design that covers this functionality? 1M lines of code? 200K LOC? 100K LOC? 20K LOC?" [http://www.intel-research.net/berkeley/viewseminarabstract.asp?index=605]

The system being developed makes extensive use of via a bottom up rewrite grammar [http://www.cs.usfca.edu/~parrt/course/652/labs/jburg.html] , [http://www.informatics.sussex.ac.uk/research/groups/nlp/gazdar/nlp-in-prolog/ch05/chapter-05-sh-1.2.html] , [http://web.cs.wpi.edu/~kal/courses/compilers/module3/mybuparsing.html] .

Besides Kay, several key persons are working on this effort. Ted Kaehler and Dan Ingalls are former Xerox PARC researchers who have worked with Kay for decades; Ingalls now works at . is a former INRIA researcher [http://www-sor.inria.fr/~piumarta/] , with Alessandro (Alex) Warth, a UCLA Ph.D. computer science student [http://www.cs.ucla.edu/~awarth/] ; both now work at Viewpoints. Piumarta's work is documented on his website [http://piumarta.com/pepsi/] , and includes the Virtual , a multi-language, hardware independent execution platform [http://vvm.lip6.fr/] . lead the Tweak effort while working at [http://www.impara.de/ Impara GmbH] , he now works for [http://www.Qwaq.com/ Qwaq Inc] . [http://www.is.titech.ac.jp/~ohshima/ohshima-e.html] , a former student at , ported Squeak to Sharp Zaurus, maintains the port, and made a multilingual Squeak.

Kay is an avid and skilled who plays s and . He has a special interest in early keyboard instruments like the and old guitars. He was a former professional jazz and rock and roll . He is married to , a , , , who shares his passion for music.