The NASCAR Corona Series (formerly NASCAR Mexico Corona Series) is a NASCAR series in Mexico. It is the most important stock car racing series in the country.

The Desafío Corona was established in 2004 by NASCAR Mexico, a joint-venture between NASCAR and Mexican entertainment group OCESA, with the idea of developing stock car racing in Mexico, and fueling a transition from the country’s historically open-wheel racing fan base to stock car racing.[1]

From 2004 to 2006, the Desafío Corona grew considerably in infrastructure, as well as in number of fans, drivers and sponsors.

The NASCAR Mexico Corona Series was officially presented at the 2006 Desafío Corona award ceremony. Starting in 2007, NASCAR is the sanctioning body of the series.[2]

The series is one of two NASCAR-sanctioned international series, the other one being the NASCAR Canadian Tire Series. Following North American short-track racing trends to cut costs and unify rules among different tours, NASCAR is considering changes to the Canadian Tire and Corona Series where the two series adopt the Grand National rules as to allow the competitors to use the same cars in NASCAR Grand National Division races.

The winner of the Corona Series receives an invitation to the Toyota All-Star Showdown. All other drivers may also attempt to qualify by entering the heat races.

Autódromo Potosino is the shortest track (0.804 km) and Autódromo Monterrey the longest (3.4 km).

San Luis Potosí is the venue with more races (20, 18 in Autódromo Potosino and 2 in Parque Tangamanga II) 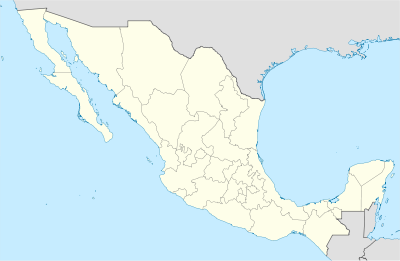 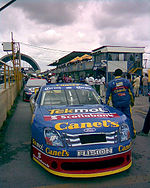 Rafael Martínez champion of the 2007 season

Six drivers has won the championship. Telcel team is the most succesful with three drivers championships. Antonio Pérez, Sergio Pérez's brother, is the youngest champion (22 years old), and Rafael Martínez the older (45 years old)[7]. Only, Germán Quiroga has won the title twice.

Rookie of the Year

NASCAR Corona Series drivers were invited to the NASCAR Toyota All-Star Showdown. Points leader Rafael Martínez did not participate despite having a guaranteed starting spot.

Only Antonio Pérez participated in the Showdown, barely making it into the feature race after earning the final starting spot by finishing 6th in the "Last Chance" qualifier. Pérez started 40th and finished 31st after losing several laps following an early wreck.

To the date three women are started a NCS race. Mara Reyes scored a pole position in her first race.

Some drivers have take part in Nationwide Series, but only Jorge Goeters and Scott Riggs has raced in Sprint Cup, Rubé Pardo and Rogelio López raced in Busch East Series achievement victories.