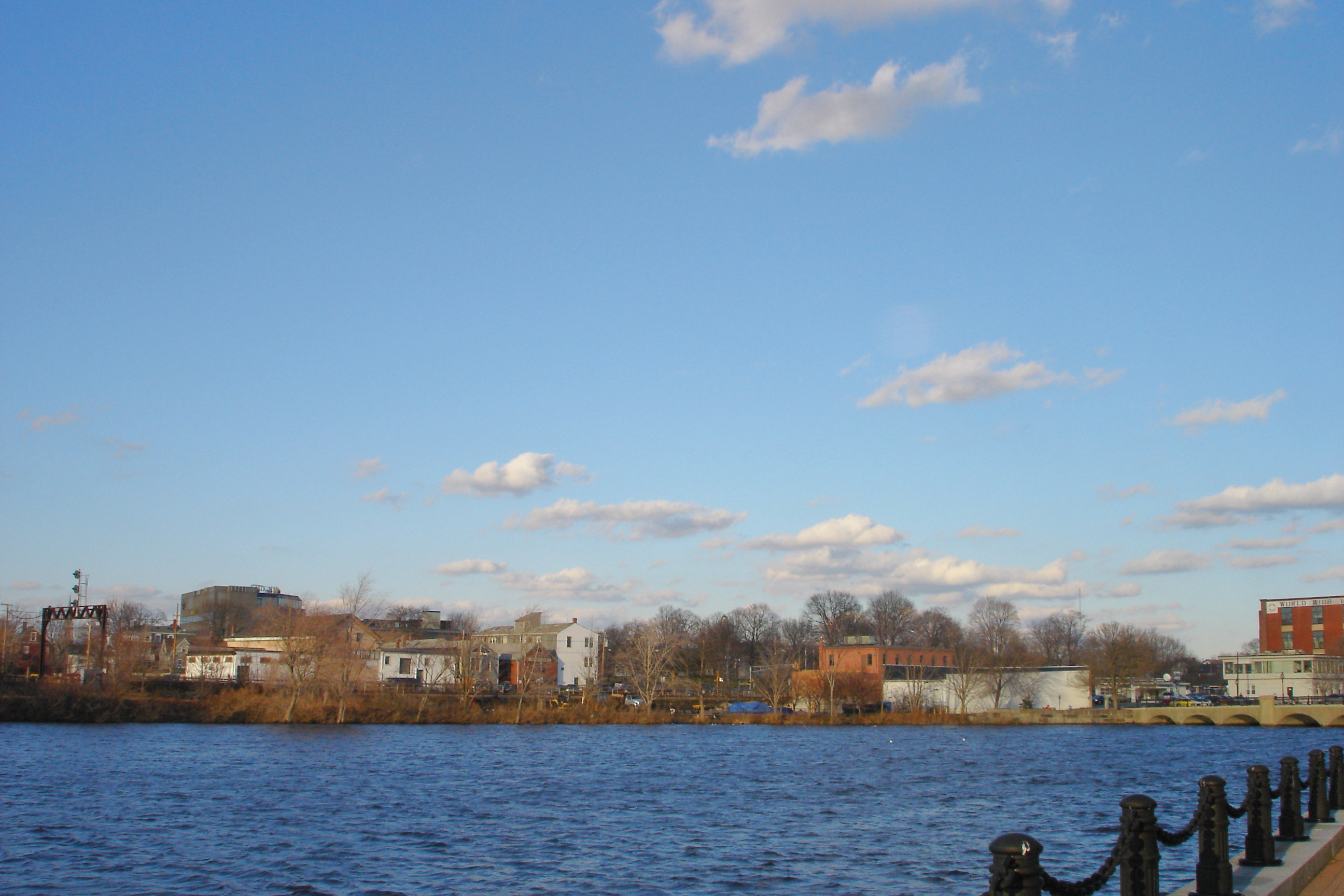 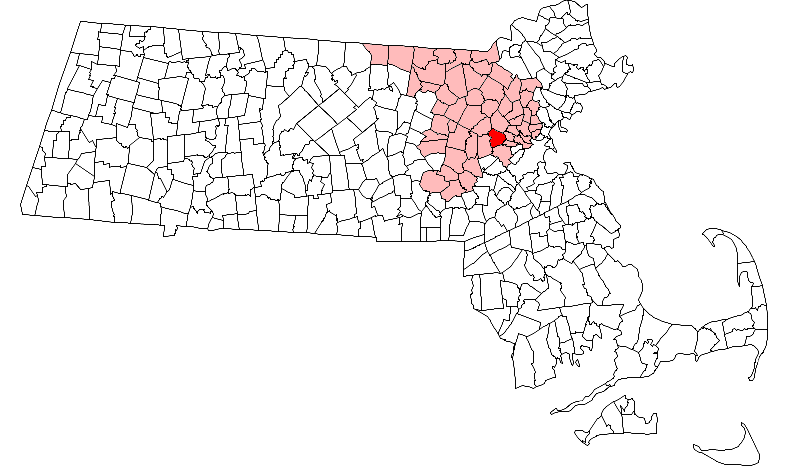 Waltham is home to The Sports Authority Training Center, which serves a dual role as practice facility/offices of the .

Waltham is commonly referred to as Watch City because of its association with the watch industry. This is due to , which opened its factory in Waltham in 1854. It was the first company to make watches on an assembly line. It won the gold medal in 1876 at the Philadelphia . Over 40 million watches, clocks and instruments were produced by until it closed in 1957.

Waltham was first settled in 1634 as part of Watertown and was officially incorporated as a separate town in 1738.

In the early 19th century, Francis Cabot Lowell and his friends and colleagues established in Waltham the - the first integrated textile mill in the United States.

The city is home to , a mansion built in 1806 for former Governor ; The , a residence designed in collaboration between architect and landscape architect for philanthropist Robert Treat Paine, Jr. (1810-1905); and the , a convert|400|acre|km2|sing=on estate established in 1793 by Boston merchant .

Early in the twentieth century, Waltham was home to the manufacturer Metz.

The city stretches along the and contains several s. These dams were used to power textile mills and other such endeavors, accounting for its early industrial activity.

It is bordered to the west by Weston and Lincoln, to the south by Newton, to the east by Belmont and Watertown, and to the north by Lexington.

The city is in and is currently represented in the by .

The Waltham public school system includes eight elementary schools, two middle schools, and one senior high school. Waltham High School's sports teams used to be referred to as the Watchmen and the Crimson, before becoming known as the Hawks.

The city of Waltham is convert|10|mi|km west of , on the , but only about 10- to 15-minute drive from the closest neighborhood of Boston, which is .

Waltham is near several important U.S. Interstate highways. Interstate 95 (which is also Route 128) runs through the western part of the city, (also the ) is just to south in , and Route 2 runs just to the north through .

Waltham is partly surrounded by Interstate 95 (I-95), also called Route 128; hence Waltham is in the heart of Boston's Route 128 High Technology Corridor.

The commuter rail has two stops in Waltham as part of the Fitchburg-Boston Line: one in Central Square Waltham across from the City Hall and one near Brandeis University.

MBTA bus service also covers the city, notably route 70, between Central Square, Cambridge, and Cedarwood (a community in western Waltham), as well as a subsidiary route (70A) in northwest Waltham. Numerous bus lines stop at Carter Street on the south side of the Waltham Common, very close to the MBTA commuter rail station.

Waltham is some distance from Boston proper and the surrounding cities, and maintains a distinctly different flavor. A number of high-tech companies have taken advantage of the lower cost of real estate to set up shop in the ring of office parks that dot the highway exits in Waltham, and swank restaurants and business-class hotels have sprung up to serve their needs.

Downtown Waltham's Moody Street offers its own brand of entertainment with a colorful assortment of shops, restaurants, and bars, including the Watch City Brewing Co., The Skellig, Jake's Dixie Roadhouse, The Lincoln (L), and the Embassy Cinema. Moody Street's booming nightlife, convenience to the commuter rail and lower rents have attracted younger professionals to Waltham in growing numbers in recent years. Moody Street is also referred to as "Restaurant Row" because of the number, variety and quality of its restaurants.

in the city is protected by the .

* -- Current forward on the 's who starred at , where he graduated in 2001 as the school's all-time leading scorer in ice hockey, was named U.S. College Hockey Online National Player of the Year in 1998-1999, helped Norwich win the NCAA Division III National Championship in 1999-2000 and was named ECAC East Player of the Year and First-Team All-American; Waltham native
*John A. Bailey –- Inventor of the drink through container lid and pioneer. Waltham native
*F. Lee Bailey -- lawyer
*. -- Jazz guitarist. Has recorded with , and . Waltham native and current resident.
*, Waltham native, rookie guard for the Carolina Panthers of the National Football League.
* former wife of german student leader
*Annie Payson Call -- author.
*Arthur A. Carey -- co-founder of Sea Scouting in the United States.
* -- Professional Skateboarder
* -- Guard/Forward. 2005 First Round Draft Pick. Winner of the 2007 NBA Slam Dunk Contest.
* -- Scientist, known for his work on the .
* -- WWII and Postwar Canadian politician; Waltham native
* -- Former forward notched 14 goals and 23 assists in 3-year career with the Bruins and ; 1986 Waltham High School graduate
*Noelle LeBlanc -- lead singer/guitarist of Island/Def Jam Records' / quartet ; Waltham native and current resident
* -- Current ; Waltham native, attended Waltham public schools
* -- sportswriter, book author and part-time co-host on Sportsradio 850AM in graduate of Waltham High School
* -- Former Boston Celtic
* -- Former Boston Celtic
* -- forward has tallied 254 goals and 317 assists during 13-year career with the Bruins, , , and ; Waltham native
* -- jazz guitar player was a former resident
* -- captain who is a 6-time NBA All-Star as a guard/forward
* -- First woman to earn a masters degree in architecture (from M.I.T.)
* -- voice of "Big Bird" and "Oscar the Grouch" on .
* -- 5-time Pro-Bowl selection during 14-year career as a nose tackle with , , and , currently a part-time co-host on Sportsradio 850AM in ; 1975 Waltham High School graduate, native and former resident
* -- 3-time NBA All-Star forward currently with the , was captain of the and has also played with the , and ; former resident
* -- Television announcer on , formerly on ABC, former resident
* -- former American Bar Association President, announced ABA's disbarment of , former resident, father of Jeanne Meserve, now deceased.
* member of the band Waltham and star of MTV's reality show "Made" and his wife drummer for the band The Andwutz
* -- former NHL goaltender for the from 2001-2005 Fact|date=August 2008
* -- Former Boston Celtic and current Cleveland Cavalier