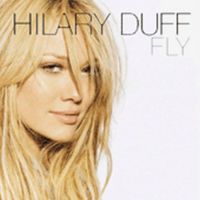 The song's protagonist encourages listeners to "let go of your yesterday" and "reach for something when there's nothing left". Duff has described it as "an uplifting song in the face of all the negativity going around these days. It's about how people are scared to open up and show who they are inside because they're afraid of what others are going to say".

"Stylus" magazine said the song was very similar to one of Duff's previous singles, "Come Clean" (2004), but called it "an easily excusable offense, as it improves on the template ... [it] rightfully leads off the album." [Burns, Todd. [http://www.stylusmagazine.com/reviews/hilary-duff/hilary-duff.htm "Hilary Duff"] . "Stylus". . Retrieved .] "Blender" magazine said the song is "Urgent and theatrical" and "sounds like —but the inspirational lyrics are pure Duff." [ [http://www.blender.com/guide/articles.aspx?id=1074 "Editors' Picks: October 2004"] . "Blender". . Retrieved .] John Shanks received a 2005 for Producer of the Year, Non-Classical for his work on "Fly" and recordings by , , , and .

One reader of "Billboard" sent in a letter to the magazine comparing the chart performance of "Fly" with that of 's "Goodies"; it said that "what the public buys is definitely not reflected on the Hot 100" because in spite of the number-one success of "Goodies" and the absence of "Fly" on the chart, Ciara's album "Goodies" was ranked lower on the "Billboard" 200 chart than the album "Hilary Duff". "Billboard" "Chart Beat" columnist wrote that the reader's point about album sales was "well taken, but just because Hilary Duff's album outranks Ciara's on The Billboard 200 doesn't mean that "Goodies" shouldn't be more popular than ["Fly"] on the Hot 100 ... The fact that Duff's album sold so well doesn't give "Fly" a pass on the Hot 100; it will have to earn a place on that chart on its own merits."

In Australia, where the single was released in November 2004, it was more successful: it reached number twenty-one in its second week of release and stayed on the chart for fourteen weeks. It also reached the top forty in and the .

The single's , directed by , combines backstage footage with color shots of Duff performing the song. It was filmed in . ["Creating the Video and Concert" [on the DVD ""] . . United States: .] The video premiered on 's "" on , debuted on the show's countdown on and reached number one on the countdown for one day. It spent twenty-eight days on the countdown, until . [ [http://www.popfusion.net/records/recaparchive/2004_08.html "The TRL Archive - August 2004"] , [http://www.popfusion.net/records/recaparchive/2004_09.html "The TRL Archive - September 2004"] , [http://www.popfusion.net/records/recaparchive/2004_10.html "The TRL Archive - October 2004"] . popfusion.net. Retrieved .] Scott Chitwood called it "your standard forgettable pop music video. I'm just amazed that Hilary Duff could perform in front of as big a crowd as is in the video. Is it CGI?". [Chitwood, Scott. [http://www.comingsoon.net/news/dvdreviewsnews.php?id=8342 DVD Reviews - Raise Your Voice"] . ComingSoon.net. Retrieved .]

These are the formats and track listings of minor single releases of "Fly".