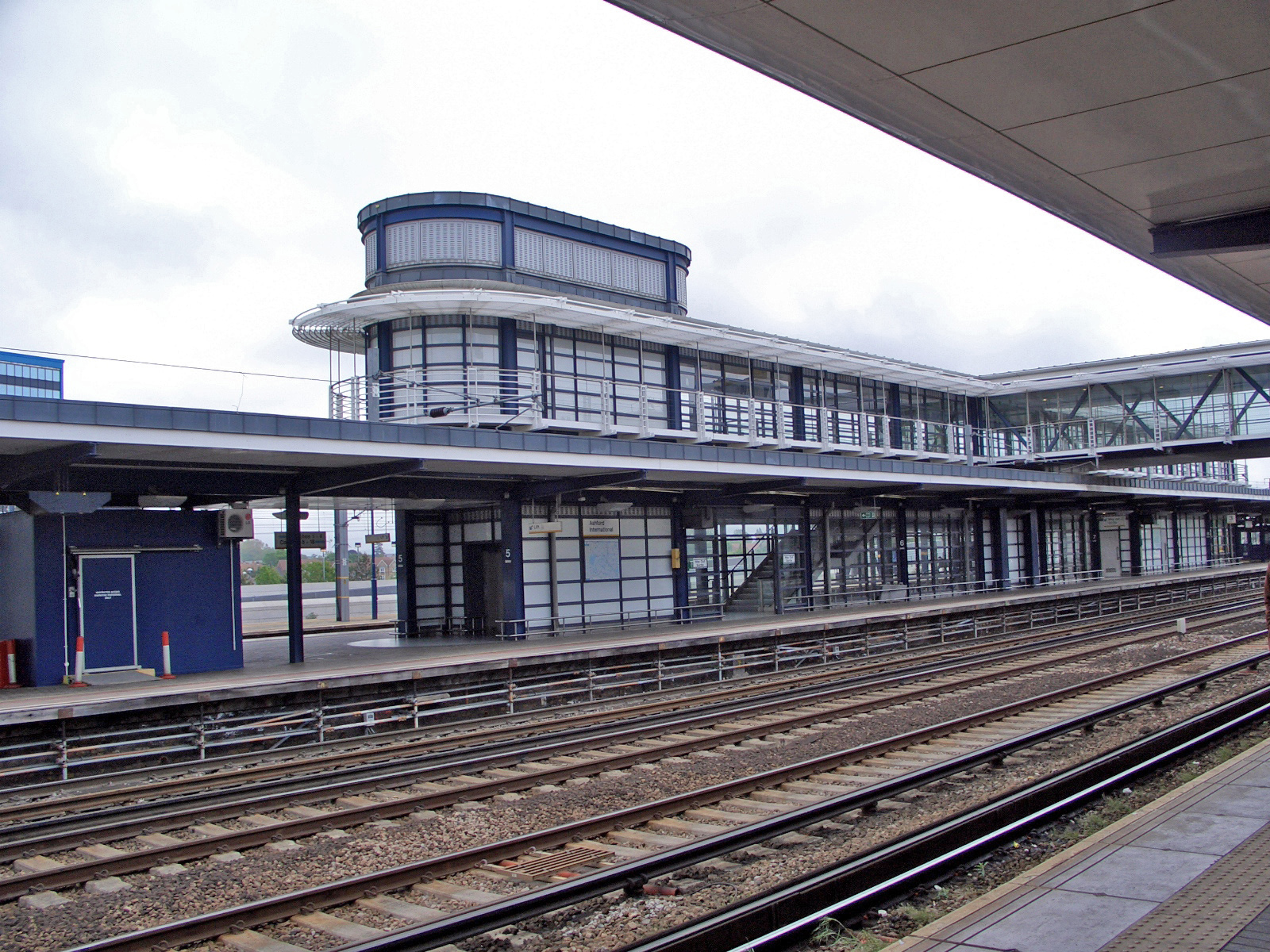 Ashford station has been rebuilt on two occasions in recent history. The station layout up until the early 1960s consisted of two through tracks, two through platform loops and two bay platforms accessible from the east for terminating services.

For phase two of the Kent electrification scheme in 1962, the two bay platforms were converted into through platforms whilst the main station buildings on either side of the line were replaced by an overbridge including a booking hall, newsagent and catering facilities.

Although most of the original station was swept away during early 1960s rebuild, two substantial platform canopies dating from the South Eastern & Chatham Railway (SECR) era were retained, albeit without their original wooden valence until the later rebuild of the 1990s. The supporting columns of these canopies were stamped with the date 1908 and the structures were similar in design to the platform canopies that survive at Ramsgate station.

The majority of the overbridge and platform buildings from the early 1960s rebuild were destroyed during the rebuild of the early 1990s. A small section of the 1960s overbridge does remain however, as an emergency exit between the up island platform (platforms 1 and 2) and the Up side car park.

Before the opening of in November 2007, twelve Eurostar trains a day called heading to Paris (7 trains) or Brussels (5). However this number was reduced because of the opening of Ebbsfleet station. At present, no Brussels-bound trains now stop at the station, meaning passengers must instead change at for Brussels, although from 14 December 2008, however a daily service to Brussels will be reintroduced. [ [http://news.bbc.co.uk/1/hi/england/kent/7534712.stm] BBC News Article]

From 2009, Southeastern will operate high-speed services from Ashford International to London St Pancras International via High Speed 1. Journey time will take approximately 35 minutes with two trains an hour on average. The Class 395 train sets are being specially built by Hitachi and the first trains having been delivered in 2007 for advance testing.

The typical domestic off-peak service from the station is: