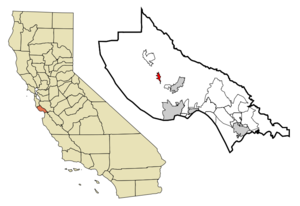 Loch Lomond is a reservoir built on Newell Creek.

The Wagon Wheel Bar and Restaurant was where heavyweight boxer trained in the 1940's.

There were 873 households out of which 36.4% had children under the age of 18 living with them, 48.2% were married couples living together, 11.6% had a female householder with no husband present, and 33.8% were non-families. 21.9% of all households were made up of individuals and 3.6% had someone living alone who was 65 years of age or older. The average household size was 2.66 and the average family size was 3.09.