Happy Tree Friends is a Flash cartoon series by Mondo Mini Shows, created and developed by Aubrey Ankrum, Rhode Montijo, Kenn Navarro and Warren Graff. The show has become a popular Internet phenomenon since its debut and has also won a cult following.

As indicated on the official site, it is "not recommended for children under 10". Despite its childish appearance & cute name, the show is extremely violent, with almost every episode featuring blood, pain, and gruesome deaths. The portrayal of death in Happy Tree Friends is usually graphic and exaggerated, depicting bloodshed and dismemberment in a vivid manner. The episodes last from between 1 to 7 minutes.

The show is nearly free of dialogue, and when the characters do speak, it is mostly in gibberish with some simple English words. According to the website, the idea for Happy Tree Friends was conceived by Rhode Montijo when he drew a yellow rabbit slightly resembling the character Cuddles on a piece of paper and wrote "Resistance is futile" underneath it.

A spin-off called Ka-Pow! premiered on September 2, 2008. Happy Tree Friends is announced to return in early 2012, and Wild Brain (the former animation studio of Season 1-2)'s 50% divisions Six Point Harness and "Ghostbot" will be the new animation studios for the series.

While working on Mondo Mini Shows, Rhode Montijo drew on a little piece of scrap paper a character who would later become Shifty. He then drew on a spreadsheet poster a yellow rabbit that bore some resemblance to Cuddles and wrote "Resistance is futile" underneath it. Rhode then hung the drawing up in his workstation so other people could see his idea, and eventually the idea was pitched to and accepted by the Mondo Media executives.[1] In 1999, Mondo gave Aubrey Ankrum, Rhode Montijo and Kenn Navarro a chance to do a short for them. They came up with a short named Banjo Frenzy, which featured a blue dinosaur (an earlier version of Lumpy) killing three woodland animals, a rabbit, squirrel and beaver (earlier versions of Cuddles, Giggles and Toothy) with a banjo. From there, Mondo gave them their own internet series, which they named Happy Tree Friends. They got new writers and animators to work on the show.

Only after internet debut in 2000, Happy Tree Friends became an unexpected success, getting over 15 million hits each month,[2] and being shown in film festivals.[3] In some countries, the episodes can be seen on television. They can be seen on the French, Dutch, Portuguese, German, Polish, Swedish, Filipino, Brazilian, Lithuanian, Japanese, Italian, Israeli, Indonesian, British, Australian, Mexican, Greek, and the Spanish TV channels, the Greek Mad Music Channel, channel C4 in New Zealand, the Russian 2×2 channel (though it was pulled from the station following a warning from a government group),[4] the Canadian television channel Razer, the American television channel G4, the Czech musical channel Óčko, and on the Australian Special Broadcasting Service (SBS) network. The series has been reformed into its own show, rather than as a part of a compilation as before. Happy Tree Friends has also gained a collection of Audibles and an "IMVironment" for Yahoo!'s instant messenger. It is featured on many websites on which flash cartoons can be watched, such as YouTube, Atom Films, Purple Twinkie, Albino Black Sheep and the official Happy Tree Friends website. On select 2007 Ozzfests, some Happy Tree Friends episodes were shown on the big screen.[citation needed]

Encouraged by the show's success, its creators have released four DVDs (First Blood, Second Serving, Third Strike and Winter Break) containing the episodes shown on the website and others that have not been released. A collection consisting of the first three DVDs and five bonus episodes, Overkill, has also been released. Two episodes, "Stealing the Spotlight" and "Ski Ya, Wouldn't Wanna Be Ya!", are only available in the Happy Tree Friends: Winter Break DVD.

Happy Tree Friends is currently one of the most downloaded iTunes podcasts and thousands of fan-made videos have appeared on YouTube.[5]

Mondo Media CEO John Evershed contributes the success of the series to animator Kenn Navarro. “He had a clear vision for that show and he’s just a brilliant animator. He has created something that is pretty universal. I envision kids watching Happy Tree Friends 20 or 30 years from now the same way that they watch Tom and Jerry now. So really it’s Ken Navarro.”[6]

The Happy Tree Friends TV series was first shown at Comic-Con 2006 and some of the monkey children were shown on the website a few weeks prior the show's television premiere, September 25, 2006 at midnight on the G4 network. Each half-hour episode of the TV series contains three seven-minute segments. 39 segments were made, making 13 full episodes for season one. Pictures from the first six episodes can be seen on G4's website. The Canadian channel Razer aired the show in syndication as did the CityTV stations throughout Canada.[7] The show was also broadcast on MTV in Europe and Latin America and on Animax in South Africa. It was also shown on Paramount Comedy 1 in the UK from May 11, 2007 for a short time, with occasional reruns afterward with the channel, now branded as Comedy Central UK. It was rated TV-MA.

All the characters are anthropomorphic mammals, and all of them (except Lumpy, Buddhist Monkey ,Evil Flippy and Sniffles) have two front buckteeth and pink heart-shaped noses. In early episodes, most characters played the roles of children doing childish games. However, as the series progressed the age concept was dropped, and now characters act variously like children, teenagers and adults in different episodes. The only characters who are unaffected by this concept are Pop and Cub, who always act like an adult and a child respectively, and characters whose roles usually are not affected by age, such as Splendid or Cro-Marmot.

At the beginning of each episode, the characters are typically found in everyday situations. However, much like Sam Peckinpah's "Salad Days" these situations always escalate into violence and the inevitable deaths of those involved and/or "innocent" bystanders, mostly because of very unfortunate, surprising accidents with otherwise harmless instruments,and some of them have mental illness, like Flippy, who has post traumatic stress disorder from a war and will become a killer in certain stimulus (such as popping balloons, which sounds like gunfire to him.) The show's characters sometimes appear not to notice other characters' deaths/injuries, despite clear indications (such as blood coming out of the latters' mouths), or they seem to overcome their fellows' deaths (save "Happy Trails Pt. 2 where several funerals are held and the first few are taken seriously). Characters always reincarnate for the next episode.

Each episode starts with introduction credits resembling a children's book, which portrays the show's logo, the episode title (which is usually a pun) and the cast. Internet episodes have a typical duration of a maximum of four minutes. Usually only a few of the characters are used in a single episode, but occasionally larger episodes have been released where most of the characters appear(& in 1 case,the entire cast except for the Buddist monkey & Lammy have appeared). TV episodes last about half an hour, having three segments of about seven minutes.

Fall Out Boy's music video for "The Carpal Tunnel of Love" is an episode of Happy Tree Friends. All of them die the same type of graphic, bloody deaths that are featured in the series. The Fall Out Boy band members appear as special guests.

There are 22 main characters in the HTF And Friends series, all of whom have unique personalities and appearances. There have been many "minor" characters that have appeared on the show, some appearing many times and some appearing only once.

A video game titled Happy Tree Friends: False Alarm was released on June 25, 2008. It was developed by Stainless Games and Sega for Xbox Live Arcade on the Xbox 360 and the PC.[8] Writer Ken Pontac previously posted a blog on the Happy Tree Friends website telling fans about the adventures of the staff making the game, but it was ended before the game's first slated release date in Spring 2008.[9]

Many parents have expressed concern about the graphic content of Happy Tree Friends. One parent even complained about the show in a letter to The Washington Post when she saw her 6-year-old son watching the show.[10]

The warning "Cartoon Violence: Not recommended for small children or big babies" is displayed in two places on the home page of the Happy Tree Friends website in very small type in the bottom left hand corner, and in larger, but subdued type on the right hand side under the bulletin board section. Neither the "About the Show" nor the FAQ page indicates that the show is not appropriate for young children. However, the episodes themselves contain the warning in large font before the cartoon begins.

In February 2008 Russian Media Culture Protection Department (Rossvyazohrankultura, a regulatory body for TV in Russia) banned Happy Tree Friends and The Adventures of Big Jeff, claiming that the shows "promote violence and brutality, harm the psychic health and moral development of children, attack social morality; all of this being a violation of license agreement".[11] The department warned 2×2, which broadcasts the show, to remove it from air to avoid legal issue. The channel appealed to the evaluation ordered to Versia company,[12] which denied the accusations. HTF also premiered a hate mail video, showing the concerns between parents and actors (Michael "Lippy" Lipman, David Winn, Ellen Connell).[13] But in Russia a lot of teenagers are fans of Happy Tree Friends.

Three spin-off series have been aired as of September 2008. The series were about adventures of three popular characters, Flippy, Splendid and Buddhist Monkey. Series were called W.A.R Journal, Splendid's SSSSSuper Squad and Buddhist Monkey. To date, three episodes have been aired. Third episode was originally aired November 18, 2008. After that, the series continued on the internet.[citation needed] 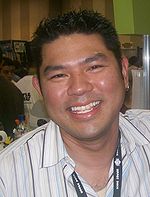