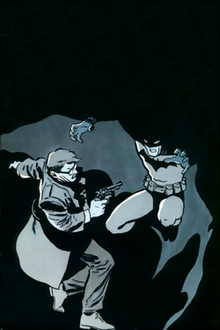 Mazzucchelli received his BFA from the Rhode Island School of Design and started working in comics in the early 1980s, first at Marvel Comics where, after a few fill-in jobs, he became the regular artist on Daredevil. He developed his skills working with writer Denny O'Neil and culminated his work on this title with the popular and critically acclaimed Daredevil: Born Again story arc, written by Frank Miller (now collected in book form). Mazzucchelli began as a traditional superhero artist but over the span of his time on Daredevil, his work became more nuanced and expressionistic.

Miller and Mazzucchelli collaborated again on the graphic novel, Batman: Year One, serialized in issues 404 through 407 of DC Comics' monthly Batman title, and published in a single volume soon after that. Batman: Year One is considered one of the best Batman stories ever produced, and has served as a model for many subsequent creators.

After Batman: Year One Mazzucchelli abandoned the superhero genre to focus on more personal projects.[2] He published three issues of his own independent anthology, Rubber Blanket, co-edited by his wife, the painter Richmond Lewis, in which he began finding his voice as a writer in addition to exploring new avenues of visual expression. His evocative and haunting stories in Rubber Blanket, notably "Near Miss," "Dead Dog," "Discovering America," and "Big Man," set the stage for his work to come. With writer/artist Paul Karasik, he co-wrote and illustrated an adaptation of Paul Auster's City of Glass, published first by Avon Books in 1994, then by Picador in 2004 as City of Glass: The Graphic Novel. (Auster's later book The Brooklyn Follies features a character with the name Nancy Mazzucchelli, an homage to David.) He continued to write and draw short comics for various publishers up to the year 2000.

In 2009, Pantheon Books published Mazzucchelli's most ambitious work yet, the critically lauded graphic novel, Asterios Polyp.[3] A tour de force of comics technique, Asterios Polyp tells the complex and moving story—laced with humor— of the title character's journey of self-discovery. In his review in The New York Times, Douglas Wolk wrote, "'Asterios Polyp' is a dazzling, expertly constructed entertainment, even as it’s maddening and even suffocating at times. It demands that its audience wrestle with it, argue with it, reread and re-examine it." The New York Times included it in its 100 Notable Books of 2009, and The Los Angeles Times awarded it the first Book Prize in the category of Graphic Novel the following year.

Mazzucchelli has also done illustrations for various publications, including interior pieces and covers for The New Yorker.

Mazzucchelli taught a course in comics at the Rhode Island School of Design for several years, and currently teaches an undergraduate course for seniors majoring in cartooning at the School of Visual Arts.[4]