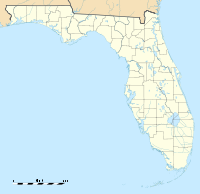 Annually, in the March-April time frame, the airport is host to Sun 'n Fun, a six day Fly-in, airshow and aviation convention. It is the second largest such event in the United States after the Experimental Aircraft Association's (EAA) annual "AirVenture" event each summer at Wittman Regional Airport (OSH) in Oshkosh, Wisconsin. Although originally begun by a local EAA chapter, Sun `n Fun is now an independent corporation and no longer affiliated with EAA.

The airport was initially constructed in the early 1940s and served as Drane Field, an auxiliary United States Army Air Forces (USAAF) airfield to MacDill Field, now MacDill Air Force Base in nearby Tampa. Initially, the Lakeland School of Aeronautics provided basic pilot training to United States Army Air Corps flying cadets from the airfield under contract. Flight training was performed at Lakeland until the end of the war.

In May 1942, Lakeland Army Airfield opened and served as a Third Air Force group training base for medium bombardment groups such as the 320th Bomb Group, 322d Bomb Group and the 344th Bomb Group flying the B-26 Marauder.

During 1944, Third Air Force used Lakeland Army Airfield as a training base for Air Commando units, assigned to the 2d and 3d Air Commando Groups. The 1st, 2d, 3d, and 4th Fighter (Commando) Squadrons flew P-51 Mustangs from the airfield before being reassigned to India and Burma in the summer of 1944.

At the end of World War II, the airfield was closed as a military facility and turned over to the City of Lakeland for redevelopment as a civilian airport.

The City of Lakeland had operated another municipal airport before and after World War II, which was renamed Al Lodwick Field in 1948. Lodwick Field continued to be used by the city for several more years as its principal airport, but gradually more and more of the complex was converted for use as the spring training home of the Detroit Tigers professional baseball team. By the summer of 1957, the city had decided to phase out Lodwick Field as a municipal airport and concentrate its resources on Drane Field in south Lakeland. Drane Field had deteriorated and languished underutilized for many years following the departure of the Army Air Forces in 1945 until its rededication as Lakeland Municipal Airport in 1960 with Don Emerson as its first director.[3]

In the 1970s, the facility was renamed Lakeland Regional Airport. In the late 1980s, it was again renamed as Lakeland Linder Regional Airport for local businessman Paul Scott Linder. Linder had founded Lakeland-based Linder Industrial Machinery, a multi-million dollar heavy construction machinery company, in 1953. The Chairman of the Lakeland Economic Development Council, Linder was also director of the Florida Council of 100, the Florida Chamber of Commerce and the Florida Council of Economic Education. He was named Florida’s Free Enterpriser of the Year in 1988, received a Distinguished Alumnus Award from the University of Florida, and was named 1989 Florida Entrepreneur of the Year. Paul Scott Linder died on November 11, 1990.[4]

From the 1970s until 1999, the airfield operated as a joint civil-military facility when it hosted Army Aviation Support Facility #2 of the Florida Army National Guard, operating since-retired UH-1 Huey helicopters, followed by locally-based UH-60L Blackhawk helicopters of Detachment D, 171st Aviation Battalion (GS) and C-23B+ Sherpa fixed-wing cargo aircraft of Detachment 1, H/171st Aviation Battalion (TA)[5]. The establishment of these units and aircraft in Lakeland was due primarily to the efforts of former U.S. Senator and later Governor of Florida, Lawton Chiles, a Lakeland native. In 2000, the Florida Army National Guard aviation units relocated to a new facility at Hernando County Airport in Brooksville, Florida. Despite the military's departure from Lakeland, Florida Army National Guard aircraft, as well as Air Force aircraft from MacDill AFB, Coast Guard aircraft from CGAS Clearwater and other transient military aircraft throughout the southeast United States continue to use the airfield for practice approaches, landings and takeoffs. The airport's principal fixed base operator (FBO) also continues to provide DoD contract jet fuel services for transient military aircraft.

Over the years, the airport has seen a number of layout modifications. An original northwest/southeast 5,000-foot (1,500 m) runway was converted to a taxiway to permit construction of the Publix supermarket chain's corporate aircraft facility on the northwest end, while Runway 9/27 was incrementally increased in length to 6,000 feet (1,800 m) in the late 1950s and then to 8,500 feet (2,600 m) in the late 1990s. Runway 9/27, its associated taxiway system and the current airport terminal ramp area is currently built to a design standard that enables it to accommodate Boeing 737-700/800 series aircraft.

Construction of the current 2½ story airside/landside terminal was begun in early 2000 and completed in late 2001. It contains the airport administrative offices, a conference facility, a fixed-base operator and an aviation themed restaurant [Earhart's Runway Grill - named in honor of Amelia Earhart] located on the terminal's second floor. Hilton Hotels Corporation [Hilton Garden Inn] is conveniently located adjacent to the Terminal.

The Sun 'n Fun complex and its associated Florida Air Museum are located in the southwest quadrant of the airport.

Lakeland Linder Regional Airport covers an area of 1,528 acres (618 ha), which contains two asphalt paved runways: Runway 9/27 measuring 8,500 × 150 ft (2,591 × 46 m) and Runway 5/23 measuring 5,005 × 150 ft (1,526 × 46 m). The Lakeland VORTAC is physically located on the airfield and all runways have high intensity runway lighting (HIRL) and P4L precision approach path indicator (PAPI) systems. Runway 5 is equipped with a Category I Instrument Landing System (ILS), a Medium Intensity Approach Light System with Runway Alighment Indicator (MALSR) and a published Cat I ILS precision instrument approach. All other runways have published non-precision approaches. The airport has been a tower-controlled airport since the 1970s and the airport management's air traffic control division operates an FAA Level I air traffic control tower under the FAA Contract Tower Program. The FAA has also installed an Automatic Detection Surveillance Broadcast (ADS-B) ground station at the airport. Emergency services are provided by the Lakeland Fire Department, which maintains a 24-hour manned station on the airfield with a specialized crash truck and crew providing aircraft rescue and fire fighting (ARFF) capability.[1]