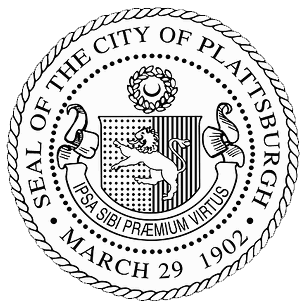 The City of Plattsburgh is located entirely within the original boundaries of the Town of Plattsburgh and is in the North Country region of the northeastern part of the state.

Plattsburgh was founded by in 1785 after he was granted the land by George Clinton ["Zephaniah Platt". Zephaniah Platt. Retrieved on March 2, 2005.] . As early as 's 1609 expedition into the valley [Perkins, G.H. (1879). Archaeology of the Champlain Valley. "American Naturalist", V.13, No. 12.] , this region began to fall under the influence of the French - and later under American and English colonial power. Early French contact and the proximity of Plattsburgh to , make this an historically French region. Situated within and intimately intertwined with the extended fur trade network positioned in the hinterland (and beyond), this area fell within the lands of the affiliated with the larger trading hub in Montreal. While Plattsburgh is cited by American historians as being a relatively new city, the area became occupied somewhere after the arrival of in 1609 and the beginning of the in Montreal in the mid to late 17th century. While permanent French settlement was hampered by the looming threat of armed conflict with natives of the region, French missionaries did begin to settle alongside local indigenous populations where Native villages were found, as early as 1609. [Lake Champlain Maritime Museum, Available "http://www.lcmm.org/shipwrecks_history/history/history_contact.htm"] . Moreover, the area near Plattsburgh is notable for being the sight of an indigenous village. [Perkins, G.H. (1879). Archaeology of the Champlain Valley. "American Naturalist", V.13, No. 12.] By a large stretch of the imagination, the area now known as Plattsburgh may predate (or at least be comparable in age to) some of the oldest American settlements in , and . One key distinction to make is that of the nature of these settlements, however. Whereby the former were distinguished by formal organization, city incorporation, and a relatively urban landscape within the 17th century; any informal trading outpost or missionary settlement near present day Plattsburgh would have been a remote and impermanent offshoot from the larger French monoculture.

In granting land to of Poughkeepsie, New York - who went on to establish the new city of Plattsburgh to buffer emerging American interests in the valley and valley after the American victory in the - the centralized American authority proclaimed the area including and surrounding the old French trading areas and Iroquois settlement to be refounded as the settlement of Plattsburgh in 1785. Regardless, local residents exercised their unique French culture and history over the years in ways that are still visible today. In Plattsburgh, for example, there is no "Main Street" - a common vestige of English colonies, whereas in a unique tradition major streets and thoroughfares were named after the daughters of prominent businessman and politicians (e.g., Cathérine, Marguerite - present day Margaret Street and Plattsburgh's "Main Street", Cornélie - present day Cornelia Street). In a similar fashion, local residents named local streets after renowned Frenchmen including , the original founder of the region, and General - the French general who gained fame defeating incredible numerical odds in multiple battles throughout both the Oswego and Hudson River Valley areas before going on to organize the last French defense of Québec at the . The oldest monument within the city limits, in fact, is dedicated to Samuel de Champlain.

The community set itself off from the Town of Plattsburgh by incorporating as a village in 1815. The city government was established in the former village in 1902.

With its significant location on a major water thoroughfare and close to the , Plattsburgh has been the site of a number of historic events including the Revolutionary War's and the 's ; the city has a War of 1812 museum.

During the Cold War, military functions took a prominent role in Plattsburgh, which was home to (PAFB) and was the location of the 's primary wing on the U.S. East Coast due to its geographic desirability. The base's location in the (protected by the ) ensured consistent, year-round weather that was safe for take-offs and landings. The 380th Bombardment, Aerospace, and Refueling Wings, all stationed at PAFB, included B-52 Bombers, air-refueling "tankers" and s. The base had a great deal of land surface and was one of only four military bases in the United States with a landing strip large enough for a landing.

Despite its numerous awards for performance excellence, PAFB was closed on , in a round of national base closures in the early 1990s as the Air Force began to pare down its post-Cold War missions. The base property is now managed by the Plattsburgh Airbase Redevelopment Corporation (PARC) and is used by a number of industrial manufacturers and commercial airlines.

Throughout much of the 1980s, when the was strong relative to the U.S. dollar, Plattsburgh was a favorite tourist location for vacationers from Montreal and southern . s, in English and French, are found in parts of the city. The city beaches and camp grounds were regularly crowded and Plattsburgh attracted enough retail stores and outlets to build a second large indoor , , in addition to several outdoor shopping centers. The additional retail space of the Champlain Centre North along with the new Consumer Square (Walmart, Staples, TJ Maxx...) made the Pyramid Mall irrelevant; it was largely demolished (with exception of Kmart and the restored old Price Chopper building) and converted into a with a convert|115000|sqft|m2|-2|abbr=on Lowes Home Center and a new Price Chopper as the anchor stores. However, with the closing of PAFB and the strengthening U.S. dollar in the 1990s, Canadian tourism declined, although it has rebounded with the falling dollar of 2007. Today, the city relies largely in part on new industries expanding on the former airbase as well as established manufacturing plants, one being and the other the paper plant. The GP plant is housed in the former LOZIER Auto factory built at the turn of the century on the former (lakefront) Anderson Farm.

Plattsburgh has been tied to a number of famous and infamous people. John Henry Hopkins, Jr., a former rector of Plattsburgh's Trinity Episcopal church was the author of the well-known "". Tony Award winner who played in the original Broadway cast of , is a Plattsburgh native. , also known as "Venus," a star of pornographic films, was a Plattsburgh resident. Recent former residents of Plattsburgh include Doug Raaberg, holder of a world circumnavigation record in the B-1B and , one of the seven astronauts who died in the . Eric Harris, one of the two shooters at in , lived on the Plattsburgh Air Force base when it was active. , older brother of n presidents, Fidel and , attended the Catholic boarding school Mount Assumption Institute. Actress was born here and lived in Plattsburgh from 1900 to 1908. The hockey player is also a native of Plattsburgh. The City of Plattsburgh was the first city in the state to elect an openly gay mayor when they elected Daniel Stewart (R) in November of 1999.

On , Peter Frampton recorded the live song for the album at the Plattsburgh State field house.

In August 1996, the rock band , which was based across in , held the first of its seven weekend-long festivals at the former . The festival, called , attracted 65,000 fans from all over the country and featured seven sets of music by the band. Fans camped out onsite in tents and RV's, creating community of fans that became the ninth largest city in over the weekend.

On , , there was an a few miles southwest of Plattsburgh in Clintonville. It measured 5.1 on the , and was felt as far south as and as far north as .

On , , the Latin inscription on the city seal, garbled 60 years earlier, was corrected. The seal now correctly says "Ipsa Sibi Præmium Virtus" which is “Virtue is its own reward.” The seal and phrase were originally chosen by the City's Common Council, from a contest held in the 1920s. The mistake was corrected by Dr. Ann Tracy, a Latin scholar at SUNY Plattsburgh, and Plattsburgh City Clerk Keith Herkalo, after a new city police officer asked what the phrase meant.

Plattsburgh is sometimes mistakenly spelled as Plattsburg, leaving off the "h". Adding to the confusion are many historic documents relating to the famous naval engagement between the United States and Britain in 1814 which refer to the "Battle of Plattsburg".

Compounding the confusion, in 1950 the editor of the New York State Legislative Manual, seeking to simplify the organization of that year's manual, requested a listing of state post offices from the U.S. Postal Service. Upon review of the listing, the difference in spelling was noted. The City was contacted and an investigation begun by postal authorities.

To this day, some signs [including US and Canadian highway signs and a sign at the , among others] erroneously point the way to "Plattsburg".

Plattsburgh is located on the western shore of in the northeastern part of the state of , just south of .

The flows through the city into Lake Champlain.

The Northway, is a north-south major highway west of the city. US 9 and NY 22 are additional highways traversing the city from north to south. NY 3, NY 190, and NY 374 approach the city from the west.

There were 7,600 households out of which 22.3% had children under the age of 18 living with them, 31.1% were married couples living together, 11.4% had a female householder with no husband present, and 54.3% were non-families. 40.4% of all households were made up of individuals and 13.5% had someone living alone who was 65 years of age or older. The average household size was 2.10 and the average family size was 2.83.

Plattsburgh is traversed by , which connects Montreal with Albany and points south.

, the national passenger rail system, provides service to Plattsburgh, operating its Adirondack daily in both directions between Montreal and New York City.

The city is served by . The airport terminal was completed on the former Air Force Base in February 2007 with the building being dedicated on , . It opened in July 2007. Plattsburgh International currently has 4 FedEx Feeder flights, 2 UPS feeder flights (AirNow) and 5 CapeAir flights a day with service to Boston MA.

The closest major American city () to Plattsburgh is , which is accessible by ferry. The city is also in close proximity to Montreal (and the U.S./Canadian border), leading to its prominence as a large trade center for a city its size.