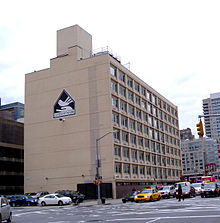 and, outside the United States:

Covenant House has an open intake policy, accepting every young person that comes to the shelter, 24/7. Youth enter and stay at Covenant House voluntarily. They are required to follow rules including respecting the staff and other clients, and to seek employment or continue their educations while housed at Covenant House.[2] Kids coming into Crisis Care are first offered food, sleep, showers and laundry, and then continue to an intake process where they receive health, mental health, educational, job readiness and legal assessments,[3] and are assigned to a case worker. Youth who do not wish to enter the program may still access Covenant House’s services via the organization’s “drop-in” centers

Created in 1986, Rights of Passage (ROP) is a transitional living program that addresses the long-term needs of homeless kids. Once accepted into the program, residents live in apartments at Covenant House for up to 18 months. Residents do their own shopping, cooking, cleaning, and manage their finances. Residents pay rent to Covenant House weekly, with all of their rent returned to them when they graduate from the program. While learning life-skills, ROP residents are also required to complete their education and hold down a job.[4]

Covenant House offers GED preparation courses on-site, and sometimes offers scholarships to kids who are accepted to college and are interested in further education. Getting a high school diploma is made a high priority for residents of Covenant House, as it is unlikely that a youth without this level of education will be able to find employment that pays well enough to maintain stable housing.[5]

Teens at the Crisis Center are schooled in resume writing, interviewing and job search skills, and coached on how to behave appropriately in the workplace. They are also provided with a work-appropriate wardrobe. Ongoing mentoring, and counseling in dealing with workplace issues or problems are available.

Each Covenant House shelter offers non-denominational prayer services. Getting back in touch with their religious community often helps young people reintegrate into society. Covenant House's pastoral ministers work with all religions to help kids connect to their faith.

Covenant House has created a research institute to provide research and public education about all aspects of the homeless youth population. The institute also aims to call attention to and address issues that affect homeless, runaway, and at-risk youth, train leaders in the social service field, and train the youth that Covenant House serves in advocacy techniques.

The Institute produces an annotated bibliography yearly, which is a compiled list of resources available to researchers on the topics of youth homelessness and foster care issues.[6]

The toll-free telephone number is (800) 999-9999 (thus, it earned the nickname "the Nineline"). Covenant House previously ran commercials on radio and TV telling people in need of its services to "call 1-800 and then just keep pressing 9".

NINELINE crisis counselors utilize a database of 30,000+ social service and child welfare agencies to connect callers with immediate assistance in their location. In 2009, the Nineline handled 51,600 phone calls from kids, parents, and caregivers dealing with problems like abuse, running away, and suicide.

In the late 1960s, the Reverend Bruce Ritter, a Franciscan priest, stepped down from his post as a tenured professor at Manhattan College to begin a new ministry serving the city's poor. Joined by colleague Father James Fitzgibbon, he moved into a dilapidated tenement building in New York City's East Village, and along with a handful of friends, former students, and neighbors began an effort to help homeless and runaway youth. By 1970, Father Fitzgibbon had moved on to devote more time to drug counseling and other community ministries, but Father Ritter remained. Adrian Gately, Patricia Kennedy, and Paul Frazier joined him to create the Covenant Community. Two years later in 1972, Covenant House was officially incorporated with its first intake center established at 504 LaGuardia Place in New York City.

Now an established non-profit, Covenant House began to fundraise, using the monies to shelter homeless kids in lower Manhattan and on Staten Island. In 1976, Father Ritter announced plans to create a multi-service center near the Port Authority Bus Terminal. Covenant House then acquired a group of buildings on West 44th Street and moved its administrative offices to the new location.

Throughout the late 1970s, Covenant House continued to expand its social service programs in New York City and in 1980 began to branch out to other cities. For the next two decades, Covenant House grew under the leadership of Sister Mary Rose (1990–2003) and Sister Tricia Cruise (2003–2008), opening crisis centers in 21 more cities in the United States, Central America, and Canada.[7]

Despite having a Board of Directors, Covenant House's public face has tended to be its presidents. Father Bruce Ritter founded Covenant House and served as President from 1972 to his resignation in 1990. He was succeeded by Sister Mary Rose McGeady, DC, who served from 1990 to 2003. In 2003 the Board of Directors elected Sister Patricia A. Cruise, S.C., effective 1 September 2003. In addition to their administrative duties, the presidents of Covenant House have been known for their fund raising letters telling the stories of the kids Covenant House serves, some of which have been collected into books. Sr. Patricia A. Cruise resigned her position as President of Covenant House International Headquarters in 2008. Kevin Ryan, formerly the Child Advocate of New Jersey, became President in 2009.

In February 1990, Covenant House founder and President Father Ritter was forced to step down in the wake of allegations of sexual and financial misconduct, beginning with the accusations of Kevin Kite. Soon after, more accusations surfaced, as four more men came forward claiming to have been sexually involved with Father Ritter. Manhattan District Attorney, Robert M. Morgenthau, began looking into possible financial improprieties or the use of false documentation by Covenant House officials.[8] The Manhattan District Attorney’s office announced that it was ending its investigation of Father Ritter's alleged financial misconduct and would not file criminal charges, on the day after after his resignation.[9]

Covenant House’s board of directors immediately commissioned an independent investigation conducted by private investigative firm Kroll Associates, and one of the top law firms in the country, Cravath, Swaine & Moore. After a five-month investigation, 150 interviews, and the poring over of thousands of pages of documents, their report noted that on the subject of sexual misconduct, “none of the allegations, when viewed individually, can be proved beyond any question.” Nonetheless, the report confirmed, the “cumulative” evidence against Father Ritter was “extensive.”[10]

Their report also cited a number of minor financial irregularities, but added that fundraising was professionally and efficiently managed.[11] Sister Mary Rose McGeady, then associate director of Catholic Charities for the Diocese of Brooklyn, became President of Covenant House, instituting both financial and program-related reforms.[12]