Crace is a designated suburb of Canberra, Australia in the district of Gungahlin. It was named after Edward Kendall Crace an original settler in the Gungahlin area. Streets in Crace will be named after parishes and land divisions from colonial times.[1] It is bounded by the Barton Highway, Gungahlin Drive and Nudurr Drive. Located in the suburb is the Canberra Nature Park of Gungaderra Grasslands nature reserve.[2] 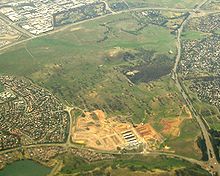 End 2009 aerial view of Crace from the west

The suburb is planned. Road construction commenced in July 2008. The construction of 21 display homes will commence as of October 2008. The ACT government has selected developers for the area as Defence Housing Australia and Canberra Investment Corporation. Expectations are that there will be 1200 houses built over the next six years. The developers are expected to make $60,000,000 but have to share half that with the government. Some very small blocks will be released for low cost housing with 85% released for high cost housing.[3] Eventually the suburb will have 1500 houses on 140 hectares.[4]

As part of the recent development a new series of streets have been created following a Burley-Griffen grid pattern. Phase 1 Streets: 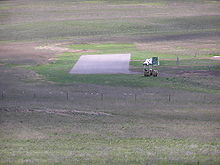 The suburb also encompasses Gungahlin Hill, which hosts the transmission facilities for the following radio stations: 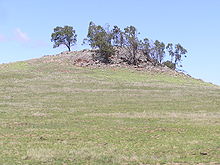 Crace Grasslands Nature Reserve and Crace Hill are not completely located in Crace despite the name; their southern parts are located in the adjacent suburb of Lyneham.It also has a CSIRO Sustainable Ecosystems area. 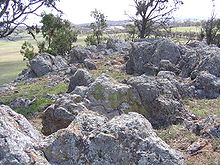 On the North west side of Crace the rock is middle Silurian age Canberra Formation slaty shale and mudstone. In the mid west is siltstone. Towards Gungahlin Hill there is some sandstone at the base of the siltstone deposit, then over an unconformity to lower Silurian age State Circle Shale, and then mudstone. On Gungahlin Hill the rocks are from the Ordovician age Pittman Formation with greywacke and bands of the Acton Shale Member. The east side of Crace also has Silurian Canberra Formation with the top of Crace Hill having vesicular Dacite overlying mudstone. Crace Hill has been designated as a geological monument. The Gungahlin Fault curves around the south east side of Gungahlin Hill, and heads north north east out of Crace. The Winslade Fault comes into the south of Crace over the top of Gungahlin Hill and curves north into Palmerston.[5]