The New York City draft riots (July 13 to July 16, 1863; known at the time as Draft Week[2]) were violent disturbances in New York City that were the culmination of discontent with new laws passed by Congress to draft men to fight in the ongoing American Civil War. The riots were the largest civil insurrection in American history apart from the Civil War itself.[3] President Abraham Lincoln sent several regiments of militia and volunteer troops to control the city. The rioters were overwhelmingly working class men, resentful, among other reasons, because the draft unfairly affected them while sparing wealthier men, who could afford to pay a $300 commutation fee to exclude themselves from its reach.[4][5]

Initially intended to express anger at the draft, the protests turned ugly and degraded into "a virtual racial pogrom, with uncounted numbers of blacks murdered on the streets". The conditions in the city were such that Major General John E. Wool stated on July 16, "Martial law ought to be proclaimed, but I have not a sufficient force to enforce it."[6] The military suppressed the mob using artillery and fixed bayonets, but not before numerous buildings were ransacked or destroyed, including many homes and an orphanage for black children.[7] 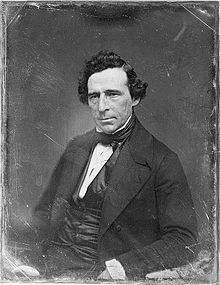 There were reports of rioting in Buffalo, New York, and certain other cities, but the first drawing of numbers on July 11, 1863 occurred peaceably, although the draft coincided with efforts by Tammany Hall to enroll immigrants, particularly from Ireland, who already spoke English, as U.S. citizens so they could vote in local elections. Many of these soon learned they were also expected to enroll in the draft to fight for their new country.[citation needed]

The second drawing was held on Monday, July 13, 1863, ten days after the Union victory at Gettysburg. At 10 a.m., a furious crowd of around 500, led by the Black Joke Engine Company 33, attacked the assistant Ninth District Provost Marshal's Office, at Third Avenue and 47th Street, where the draft was taking place.[8] The crowd threw large paving stones through windows, then burst through the doors and set the building ablaze.[9] Many of the rioters were Irish laborers who did not want to compete with emancipated slaves for jobs.[10]

Since the New York State Militia had been sent to assist Union troops in Pennsylvania, the police were left to suppress the riots.[9] The police superintendent, John A. Kennedy, came by on Monday to check on the situation. Although not in uniform, he was recognized by people in the mob and they attacked him. Kennedy was left nearly unconscious, having had his face bruised and cut, an injured eye, swelled lips, his hand cut with a knife, and a mass of bruises and blood all over his body.[11] In response, police drew their clubs and revolvers, and charged the crowd, but the crowd overpowered them.[12] The police forces were badly outnumbered and unable to quell the riots; however, they were able to keep the rioting out of Lower Manhattan, below Union Square.[13] Immigrants and others in the "Bloody Sixth" Ward, around the seaport, refrained from getting involved in the Draft Riots.[14]

Bull's Head Hotel, depicted in 1830, was burned in the riot

The Bull's Head hotel on 44th Street, which refused to provide alcohol, was burned. The mayor's residence on Fifth Avenue, the Eighth and Fifth District police stations, and other buildings were attacked and set on fire. Other targets included the office of the leading Republican newspaper, the New York Tribune. The mob was turned back at the Tribune office by staff manning two Gatling guns.[15] Fire engine companies responded, but some of the firefighters were sympathetic to the rioters, since they too had been drafted on Saturday.[12] Later in the afternoon, authorities shot and killed a man as a crowd attacked the Armory at Second Avenue and 21st Street.[8]

Blacks became scapegoats and the primary target of the rioters' anger. Many immigrants and the poor viewed freed slaves as competition for scarce jobs. Blacks were also seen as the cause of the Civil War and any who fell into the clutches of the mobs were beaten, tortured and/or killed, including one man who was attacked by a crowd of 400 with clubs and paving stones, then hanged from a tree and set alight.[8] The Colored Orphan Asylum on Fifth Avenue, which provided shelter for hundreds of children, was attacked by a mob. The police were able to secure the orphanage for enough time to allow the orphans to escape.[12]

Heavy rain fell on Monday night, helping to abate the fires and sending rioters home, but the crowd returned the next day. Commerce in the city was halted, with workers joining the crowd.[clarification needed] Rioters went after the homes of notable Republicans, including activist Abby Hopper Gibbons, among others.[16] Governor Horatio Seymour arrived on Tuesday and spoke at City Hall, where he attempted to assuage the crowd by proclaiming the Conscription Act was unconstitutional. General John E. Wool brought approximately 800 troops in from forts in the New York Harbor and from West Point. He also ordered the militias to return to New York.[12]

The situation improved on Wednesday, when assistant provost-marshal-general Robert Nugent received word from his superior officer, Colonel James Barnet Fry, to suspend the draft. As this news appeared in newspapers, some rioters stayed home. But some of the militias began to return and used harsh measures against the remaining mobs.[12]

Order began to be restored on Thursday, after a peaceful rally of 5,000 at Old St. Patrick's Cathedral to hear Archbishop Hughes, and as New York State militia and some federal troops returned to New York, including the 152nd New York Volunteers, the 26th Michigan Volunteers, the 30th Indiana Volunteers and the 7th Regiment New York State Militia from Frederick, Maryland, after a forced march. In addition, the governor sent in the 74th and 65th regiments of the New York state militia, which had not been in federal service, and a section of the 20th Independent Battery, New York Volunteer Artillery from Fort Schuyler in Throgs Neck. The New York State militia units were the first to arrive. By July 16, there were several thousand Federal troops in the city.[6] A final confrontation occurred on Thursday evening near Gramercy Park. According to Adrian Cook's analysis in his Armies of the Streets, twelve people died on the last day of the riots in skirmishes between rioters and the police and the army, including one African-American, two soldiers, a bystander and two women.

The exact death toll during the New York Draft Riots is unknown, but according to historian James M. McPherson (2001), at least 120 civilians were killed. At least eleven black men were lynched.[17] The most reliable estimates also indicate that at least 2,000 people were injured. Herbert Asbury, the author of the 1928 book Gangs of New York, upon which the 2002 film was based, puts the figure much higher, at 2,000 killed and 8,000 wounded.[18] Total property damage was about $1–5 million.[18][19] Historian Samuel Eliot Morison wrote that the riots were "equivalent to a Confederate victory".[19] The city treasury later indemnified one-quarter of the amount. Fifty buildings, including two Protestant churches, burned to the ground. On August 19, the draft was resumed. It was completed within 10 days without further incident, although far fewer men were actually drafted than had been feared: of the 750,000 selected for conscription nationwide, only about 45,000 actually went into service.[20]

New York City's support for the Union cause continued, however grudgingly. By the end of the war over 450,000 soldiers, sailors and militia enlisted at New York City. 46,000 of them died during the war.[23] The city's Irish and Excelsior brigades were among the six Union brigades with the most combat dead.[citation needed]

The Draft Riots are fictionally portrayed in the novels On Secret Service (by John Jakes), Paradise Alley (by Kevin Baker), The Banished Children of Eve (by Peter Quinn) and New York: the Novel (by Edward Rutherfurd), as well as Newt Gingrich's alternate history novel Grant Comes East. The short-lived 1968 Broadway musical Maggie Flynn, starring Shirley Jones, was set in the Tobin Orphanage for black children (Maggie's maiden name was Tobin), that came under siege during the Draft Riots, and was subsequently burned to the ground (although the children were allegedly saved).[citation needed]

The Martin Scorsese film Gangs of New York (2002), which culminated around the time of the beginning of the Riots, was a fictional portrayal of conflated events,[24] purportedly depicting "the birth of Manhattan and the way the different waves of immigrants have shaped New York City's evolution".[25] According to author and journalist Pete Hamill: "...The Irish hoodlums established the nexus between New York crime and New York politics that would last more than a century. A path was established among the Dead Rabbits, the Plug Uglies, the Bowery Boys that continues all the way to today’s Latin Kings, Crips and Bloods."[24]

Conservative writer and columnist Mark Steyn noted: "By the time Scorsese gets to the riots, he's pretty much given up on his lame-o plot and the background—the riot—is all there is. He artfully dodges any point of view on the material: The riot just sort of happens, and spreads, like a disease or a meteorological disaster. The director is broadly pro-immigrant, pro-poor people, but, in this case, as he surely must know after all that research, the poor people—the immigrants, the draft dodgers—happened to be pro-slavery, pro-lynching, anti-Negro and anti-American. Yes, it's a shame the treasonous racists got gunned down by the soldiers, but it's difficult to understand the mindset of a director who yearns to film this incident for his entire adult life and then goes to inordinate lengths to obliterate the context of it."[26]