Patent troll is a pejorative but questioned term used for a person or company who is a non-practicing inventor, and buys and enforces patents against one or more alleged infringers in a manner considered by the target or observers as unduly aggressive or opportunistic, often with no intention to further develop, manufacture or market the patented invention.[1]

The term "patent pirate" has been used to describe both patent trolling and acts of patent infringement.[2] Related expressions are "non-practicing entity" (NPE),[3] "non-manufacturing patentee",[4][5] "patent shark", [6] "patent marketer",[4][7] "patent licensing company",[citation needed] and "patent dealer",[8] which describe a patent owner who does not manufacture or use the patented invention.[3]

The term "patent troll" was used as early as 1993 to describe companies that file aggressive patent lawsuits.[9] The Patent Troll was originally depicted in "The Patents Video" which was released in 1994 and sold to corporations, universities and governmental entities. In "The Patents Video," an unsuspecting victim is surprised by the Patent Troll who strategically positions himself to collect patent licensing revenue.[10]

The metaphor was popularized in 2001 by Peter Detkin, former assistant general counsel of Intel,[11] who chose the term from amongst number of suggestions during a discussion with Anne Gundelfinger, Vice President and Associate General Counsel at Intel.[12] Detkin first used it to describe TechSearch, its CEO, Anthony O. Brown, and their lawyer, Raymond Niro, while Intel was defending a patent suit against them.[13] Detkin had previously used the term "patent extortionist" to refer to a number of companies who were suing Intel for patent infringement and who were trying to "make a lot of money off a patent that they are not practicing and have no intention of practicing and in most cases never practiced."[11] After Intel was sued for libel, he began using the term "patent troll" instead.[11] Those accused of being patent trolls typically viewed Intel as being a large and manipulative company who had stolen their ideas.[11]

By 2005, Detkin believed that the term was being used to mean any unpopular plaintiff, a more broad definition than he had originally intended.[14] Some definitions could be applied to Intel themselves, contrary to Detkin's intention, in view of their routine practice of asserting patents that they had bought but were not practicing.[14]

Patent troll is currently a controversial term, susceptible to numerous definitions, none of which are considered satisfactory from the perspective of understanding how patent trolls should be treated in law.[15] Definitions include a party that does one or more of the following:

Patent trolls may buy patents cheaply from entities not actively seeking to enforce them. For example, a company may purchase hundreds of patents from a technology company forced by bankruptcy to auction its patents.[20]

The cost of defending against a patent infringement suit, as of 2004, is typically $1 million or more before trial, and $2.5 million for a complete defense, even if successful.[21] Because the costs and risks are high, defendants may settle even non-meritorious suits they consider frivolous for several hundred thousand dollars.[21] The uncertainty and unpredictability of the outcome of jury trials also encourages settlement.[22]

It has also been suggested that distortions in the patent market, such as those caused by long patent application pendency, promote patent trolling.[23]

If the patent office accepts claims that have been invented, published or even patented before, ignoring prior art, then even existing technologies in use are subject to patent trolling. Reexamination to invalidate the patent based on prior art can be requested, but these occur rarely (0.33% of patents in U.S.)[24] and often in conjunction with infringement lawsuit.[25] Only the patent holder will participate in this process, and the party requesting the reexamination has no right of appeal and is estopped from using the same evidence in any subsequent civil action; this risk keeps the popularity of reexamination low despite its lower cost.[26][self-published source?] Furthermore, the most common outcome is not the validation or invalidation of the patent, but narrowing the scope of the claims.[25]

There is also no obligation to defend an unused patent immediately, thus manufacturing companies may produce the patented product for years until the patent troll sues them. For example, the JPEG format, intended to be free of license fees, was subject to two patent attacks, one by Forgent Networks during 2002–2006 and by Global Patent Holdings during 2007–2009. Both patents were eventually invalidated based on prior art,[27][28] but before this, Forgent collected more than $100 million in license fees from 30 companies and sued 31 other companies[29] (see JPEG#Patent_issues and references therein).

A core criticism of patent trolls is that "they are in a position to negotiate licensing fees that are grossly out of alignment with their contribution to the alleged infringer's product or service",[30] not their non-practicing status or the possible weakness of their patent claims. The risk of paying high prices for after-the-fact licensing of patents they were not aware of, and the costs for extra vigilance for competing patents that might have been issued, in turn increases the costs and risks of manufacturing.

On the other hand, the ability to buy, sell and license patents is generally productive. By creating a secondary market for patents, these activities make the ownership of patents more liquid, thereby creating incentives to innovate and patent.[8][31] Also, aggregating patents in the hands of specialized licensing companies facilitates access to technology by more efficiently organizing ownership of patent rights.[32][33]

In an interview conducted in 2011, former U.S. federal judge Paul R. Michel regarded "the 'problem' [of non-practicing entities, the so-called "patent trolls"] to be greatly exaggerated." Although there are a number of problems with the U.S. patent system, i.e. "most NPE infringement suits are frivolous because the defendant plainly does not infringe or the patent is invalid", "patent infringement suits are very slow and expensive", and venue abuses, "[...] NPEs may add value to the patents by buying them up when manufacturers decline to do so. Inventors may have benefitted from the developing market in patent acquisition."[34]

Patent trolls operate much like any other company that is protecting and aggressively exploiting a patent portfolio. However, their focus is on obtaining additional money from existing uses, not from seeking out new applications for the technology. They monitor the market for possibly infringing technologies by watching popular products, news coverage and analysis. They also review published patent applications for signs that another company is developing infringing technology, possibly unaware of their own patents. They then develop a plan for how to proceed. They may start by suing a particularly vulnerable company that has much to lose, or little money to defend itself, hoping that an early victory or settlement will establish a precedent to encourage other peer companies to acquiesce to licenses. Alternately they may attack an entire industry at once, hoping to overwhelm it.

An individual case often begins with a perfunctory infringement complaint,[21] or even a mere threat of suit, which is often enough to encourage settlement for the nuisance or "threat value" of the suit by purchasing a license to the patent. In the United States, suits are often brought in United States District Court for the Eastern District of Texas, known for favoring plaintiffs and for expertise in patent suits.[35]

The uncertainty and unpredictability of the outcome of jury trials also encourages settlement.[22] If it wins, the plaintiff is entitled as damages an award of at least a "reasonable" royalty determined according to the norms of the field of the patented invention.[36]

Patent trolls are at a disadvantage in at least two ways. First, patent owners who make and sell their invention are entitled to awards of lost profits. However, patent trolls, being non-manufacturers, typically do not qualify.[citation needed] Further, patent owners' rights to bar infringers from manufacture, use, or sale of technologies that infringe their patents has recently been curtailed in the court decision eBay Inc. v. MercExchange, L.L.C.. Rather than automatically granting an injunction, the US Supreme Court stated that Courts must apply a standard reasonableness test to determine if an injunction is warranted. Writing in Forbes magazine about the impact of this case on patent trolls, writer Jessica Holzer concludes: "The high court's decision deals a blow to patent trolls, which are notorious for using the threat of permanent injunction to extort hefty fees in licensing negotiations as well as huge settlements from companies they have accused of infringing. Often, those settlements can be far greater than the value of the infringing technology: Recall the $612.5 million that Canada's Research in Motion forked over to patent-holding company NTP to avoid the shutting down of its popular BlackBerry service." [37] 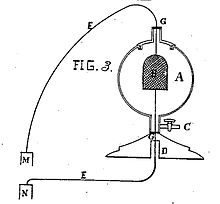 Patent troll "companies have no interest in using the patents... but instead hope to reap large sums of money from the lawsuits themselves."[38] This gives them an advantage over manufacturers since they are relatively immune to the typical defensive tactic large entities use against small patent plaintiffs, because the cost of litigation tends to fall more heavily on an accused infringer than on a plaintiff with a contingency-fee lawyer, and because trolls have an almost-unrestricted ability to choose their preferred plaintiff-friendly forums, most prominently the Eastern District of Texas.[21]

Many common techniques used by companies to protect themselves from producing competitors are rendered ineffective against patent trolls. These techniques include monitoring patent activities of competitors to avoid infringing patents (since patent trolls are not competitors, productive companies usually have no way to find out about the troll or its patents until after significant investments have been made to produce and market a product); going on the offensive with counterclaims that accuse the patent plaintiff of infringing patents owned by the defendant (the mutual threat often leads the parties to arrive at a mutually beneficial cross-licensing arrangement); or a "scorched earth" defense designed to drive up litigation costs (which is equally ineffective because patent trolls plan for and have the finances to fully litigate a case;[21] in fact, some are able to draw on hedge funds and institutional investors to finance their patent cases).[39] Patent "pooling" arrangements where many companies collaborate to bring their patented knowledge together to create new products are also inapplicable to patent trolls because they don't produce products.

Substantial companies that attempt over-reaching patent litigation are subject to losing their patent rights to a defensive claim of patent misuse. However, defendants find it difficult to charge patent trolls with misuse because the antitrust violations typically involved require significant market power on the part of the patent holder.[40] Nevertheless, manufacturers do use various tactics to limit their exposure to patent trolls. Most have broader uses as well for defending their technologies against competitors. These include:

Patent defense companies have been formed In order to counteract problems caused by patent trolls in the high technology industry:[43]

Criticism of the term